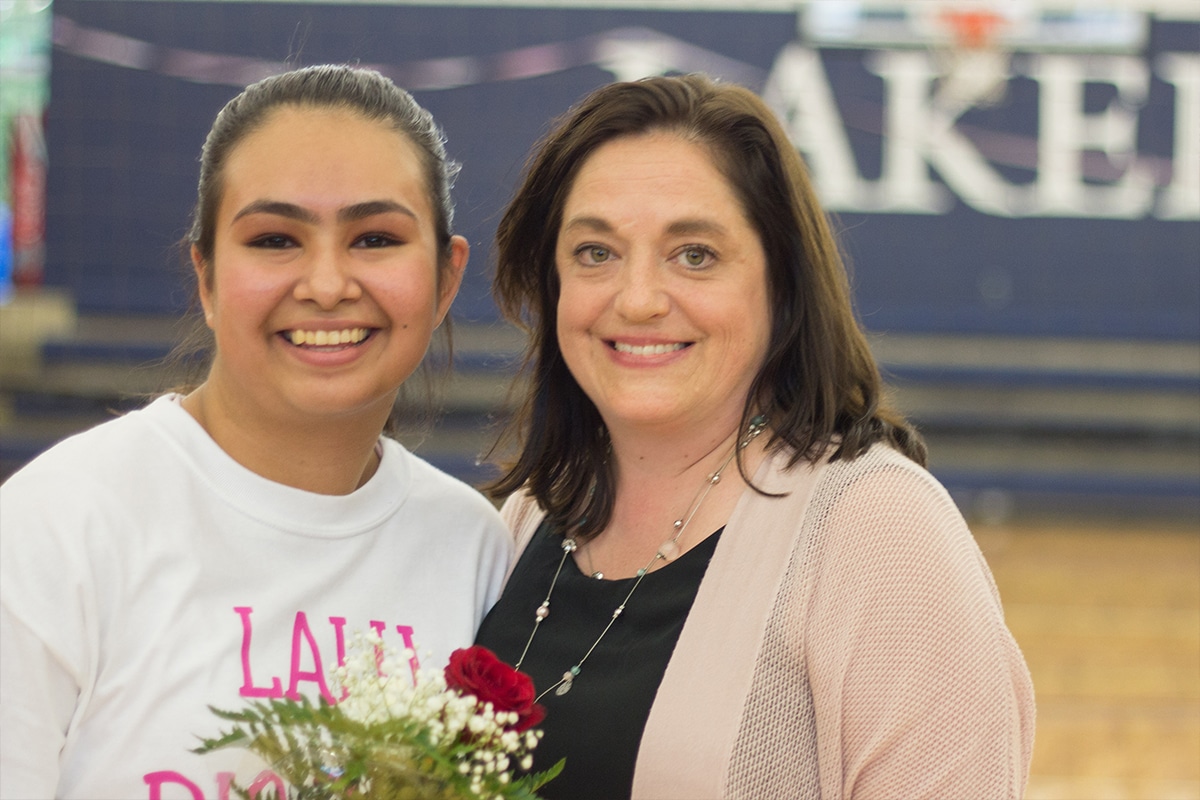 Mrs. Andrea McDonnell, or Señora as her students know her, has worked at La Lumiere for 15 years. She teaches Spanish 1, Spanish 4, Spanish Literature, and AP Spanish Language & Culture. Mrs. McDonnell is originally from Michigan City still lives there now, married with two kids. McDonnell attended the University of Dayton and has been teaching for 20 years in total.

McDonnell enjoys La Lumiere and teaching Spanish because she loves making connections with her students. McDonnell’s passion for Spanish has always been a part of her life.

“I just always loved learning the Spanish language and I wanted to share that passion with others,” McDonnell said.

She exudes this passion and knowledge everyday in class by keeping students consistently interested in the language. McDonnell loves La Lu because she believes it is a very special place to work as she has fostered great relationships with her student.

In her free time, McDonnell likes going to the movies, dining out, and many other things. She is even teaching herself how to knit! She enjoys living in Michigan City because she loves the beauty of the seasons changing.

With diversity being the focus at La Lu, students have many opportunities to share their cultures with their classmates. This past week, the La Lu community celebrated the Latin American holiday Día de Los Muertos, otherwise known as the Day of the Dead.

In the Moore house, seniors Natalia and Julian Trejo Bax set up an Ofrenda to honor those who have passed away in our community. All students had the opportunity to bring in a photo of a lost loved one to put on the Ofrenda. The Ofrenda honors those whose photos appear on it and celebrates their lives.

In addition to this, the Spanish classes celebrated in many ways. The Spanish 1 classes made Pan de Muertos, or bread of the dead, a traditional Mexican pastry made for the festival. The Spanish 4, AP Spanish Language and culture, and Spanish Literature classes went to Chicago to visit the National Museum of Mexican Art that featured the Day of the Dead exhibit.

La Lu students truly got to dive into this beautiful Latin American holiday. This celebration of culture is a strong portion of what makes La Lumiere so special. These cross cultural connections and celebrations will continue to happen throughout the year.

There are very few high school seniors in the world quite like Haley Harkness. Haley is driven, kind, and fun to be around. It is no surprise when one asks Haley about her plans for after highschool she responds quite impressively. Haley plans to study Biochemistry and Neuroscience in college, hoping to then advance to medical school. Haley wants to be a physician and conduct medical research. Despite the challenging nature of the class, Haley’s favorite subject is chemistry.

Haley’s driven spirit applies to more than just her academics. She is very involved at La Lumiere being the Admissions Prefect, a member of both the soccer and tennis teams, and a member of La Lu’s highly competitive Science Olympiad team. With her high levels of involvement, very few people would guess that Haley’s decision to attend La Lumiere came down to a coin flip. Haley was planning on attending either Saint Ignatius or Chesterton High School, but in the end La Lu won after an inspiring shadow day. Even though she enjoyed her shadow day, she flipped a coin to make the final answer.

“It literally came down to a coin flip. This was the best decision a coin ever made for me,” Harkness said.

Coming from a tight knit family, it is no surprise Haley loves the close community at La Lu. From peers treating each other with kindness, to teachers working hard to ensure their students success, Haley believes there is truly no other high school like this one. Haley told a story of her advisor spending 45 minutes the other day talking to her to make sure she was okay, simply because she was looking down as he passed her in the hallway. She says, “I don’t believe that kind of caring can be found at many other high schools.”

Haley’s spirit is truly one of a kind. She is the type of student everyone should aspire to emulate, and the type of person people like to be around.

What’s Coming Up? La Lu Gears Up For Basketball Season

On Wednesday, November 7, La Lumiere will host its annual Marsch Madness event. Marsch Madness is essentially a pep rally where La Lumiere’s three varsity level basketball teams are introduced and showcased. Marsch Madness promises to be a fun night full of cheering, friendly competition, and basketball. The night will kick off introducing each member of the teams and then teams will split up and scrimmage each other. There will be games like a three point contest, knockout, and the, fan favorite, and a dunk contest throughout the evening. Marsch Madness is always the favorite event of many students and is the perfect way to get everyone ready for the madness that La Lu basketball season brings!