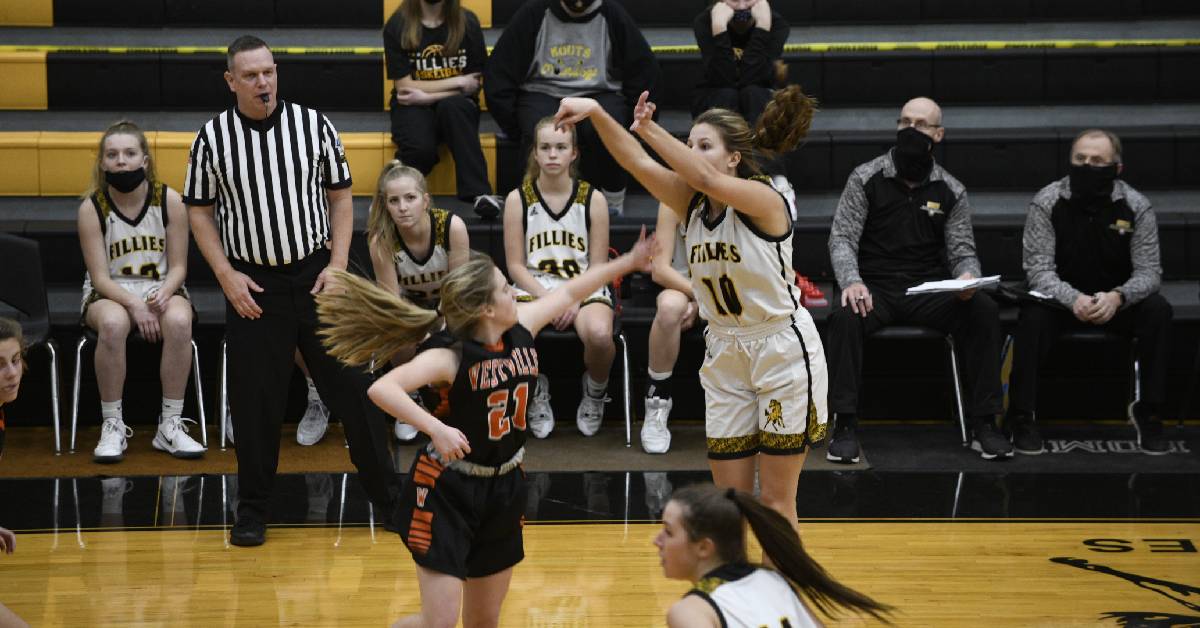 It was a great night to hit the courts at Kouts High School as the Kouts Fillies took on the Westville Blackhawks. With the Fillies 4-2 record this season playing against the 3-0 Blackhawks, it looked as if the game would be up for grabs.

First quarter was a tense give and go as the two teams battled basket to basket. At the end of the first quarter Fillies had pulled ahead 12-9. In the second quarter the Blackhawks could not shut down the Fillies' lead scorers Lyndsey Kozba and Ally Capuch with the first half ending 36-20 Fillies.