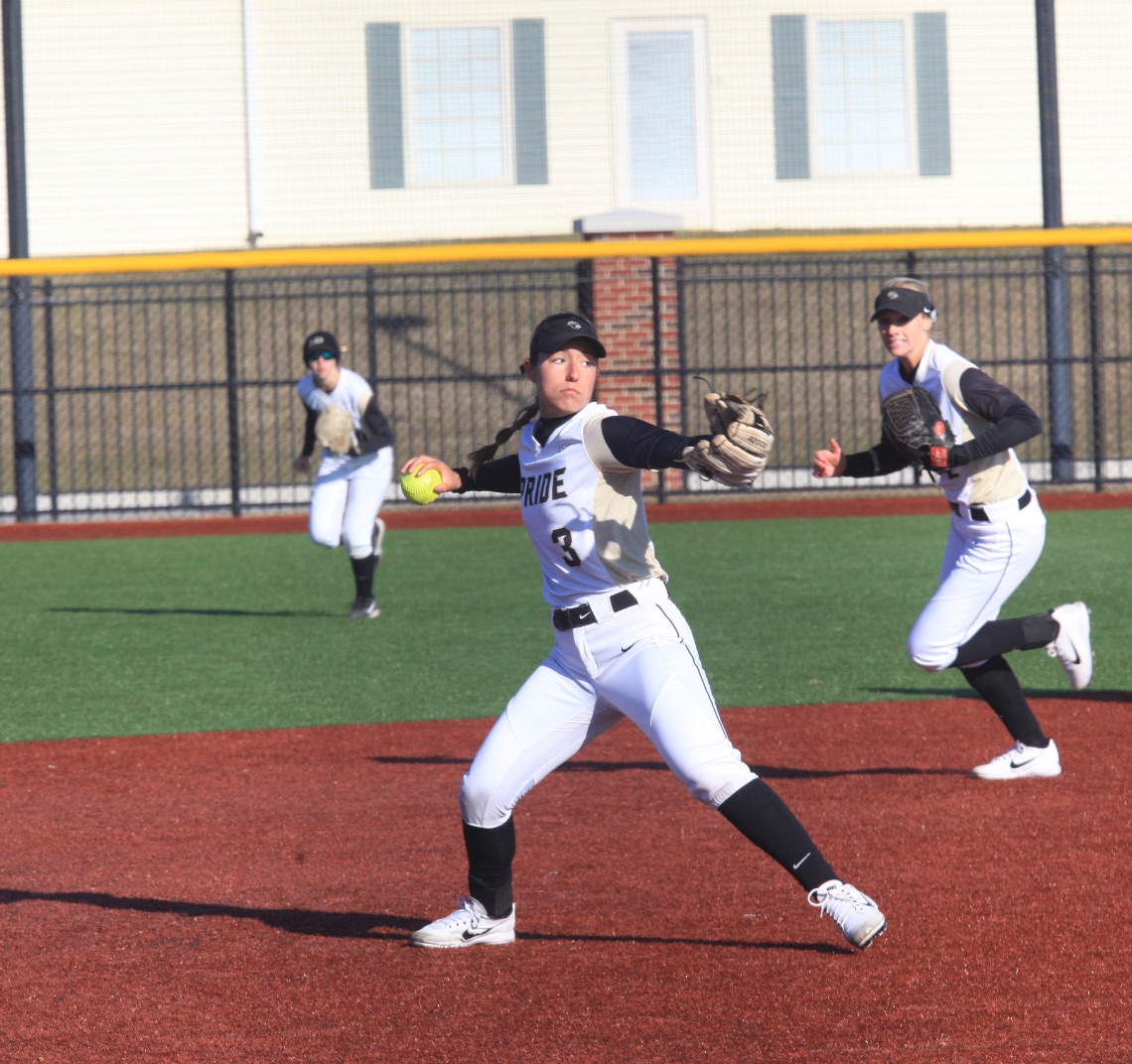 Despite a two-run homer by junior Taylor Kotzo (Munster, Ind./Munster) in game one, the Purdue Northwest softball team could not generate enough offense to keep pace with Saginaw Valley State University (Mich.) in the Great Lakes Intercollegiate Athletic Conference (GLIAC) opener for both teams Wednesday at Fifth Third Bank Field at Dowling Park in Hammond, Ind. The Pride lost the first game of the conference doubleheader, 4-2, and then dropped the second one, 9-2, in five innings after the game was called due to darkness.

The Cardinals went ahead 2-0 in the top of the second inning following a two-run single to left field. SVSU added another run in the third inning on a sacrifice fly and went up 4-0 on a solo homer to left field in the top of the fifth. Kotzo cut the deficit in half in the bottom of the seventh inning sending a towering two-run shot over the wall in left field to also score senior Kyleigh Payne (Bourbonnais, Ill./Kankakee CC/Bishop McNamara).

Freshman Samantha Burgard (Crystal Lake, Ill./Crystal Lake South) suffered the loss (2-2) in game one for Purdue Northwest in the circle. She pitched all seven frames and allowed nine hits, four runs (all earned) and two walks with three strikeouts. The Pride finished the opener with four total hits.

Payne got PNW off to a hot start in game two sending a hard shot down the left field line to drive in two runs on a double and put her team up, 2-0, in the bottom of the first inning. However, the Cardinals took control from there scoring nine unanswered runs over the next three innings, including seven runs in the top of the second, to pull away for the road victory. SVSU led off the big second inning with a solo homer and also added a two-run double to highlight the frame.

Purdue Northwest (10-9 overall/0-2 GLIAC) continues GLIAC play on Saturday, March 24, with a home doubleheader against Ferris State University (Mich.). The first game of the pair is scheduled for a 1 p.m. start at Fifth Third Bank Field at Dowling Park.