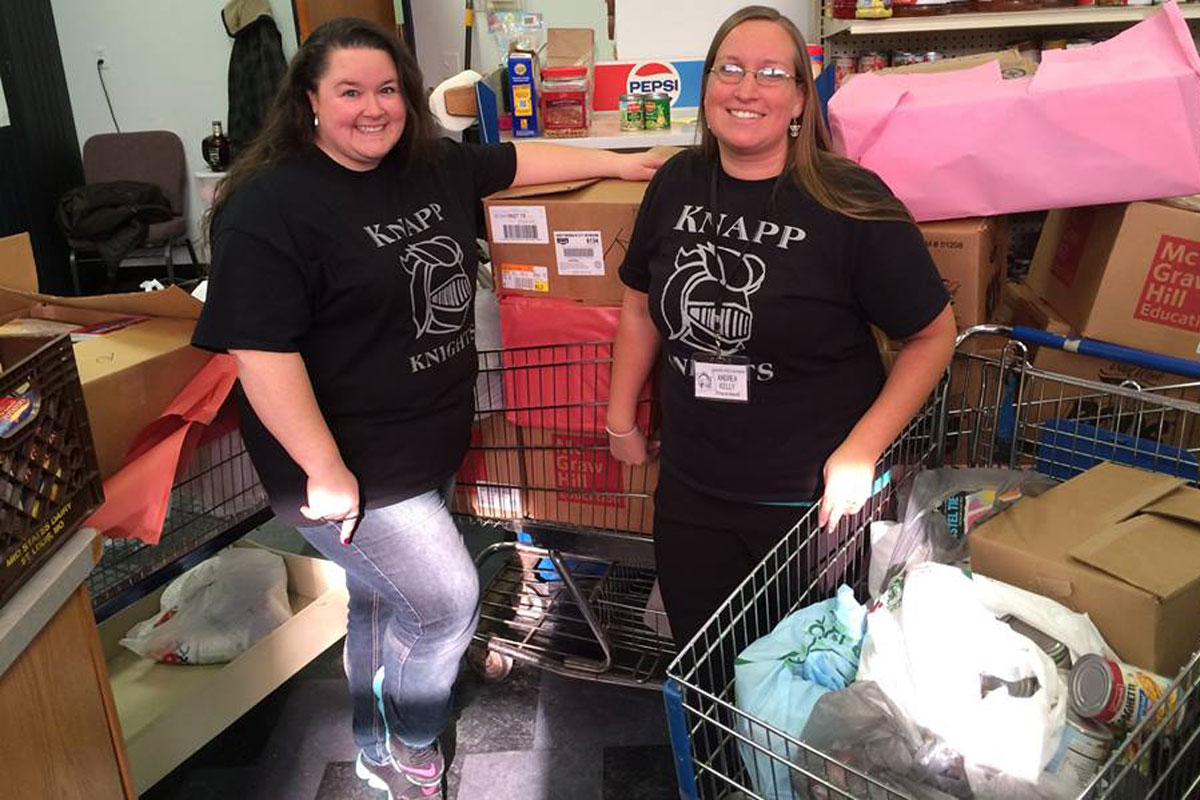 The Knapp Parent Group hosted a “Have a Heart” dance on Thursday the 5th, and decided that they would help “spread the love”. For the entire week leading up to the dance, students and staff held a canned food and non-perishable item food drive to benefit The Salvation Army of Michigan City.

To help gain excitement for the drive, they held classroom competitions, and students who brought food items into the dance were entered into a drawing. Winners received, either, a $20 Domino gift card, a free Knapp Knight shirt, or a Knapp yearbook.

Mrs. Althoff’s classroom ended up with the bragging rights for the competition, with their students bringing in a total of 73 items. However, The Salvation Army ended up the winner: Knapp Elementary School collected a total of 713 items to help the members of our community. “We are so proud of our students and staff for all their effort.

We had an amazing turnout, and we couldn’t be happier.” According to Parent Group President Andrea Kelly. Knapp principal, Cathy Bildhauser says, “Our students and families benefit greatly from the joint efforts of our local organizations. We’re pleased to be able to give back to our community.”

Knapp Elementary school is one of the two schools The Salvation Army has adopted for after school sports programs (Marsh being the other), and runs the soccer and basketball seasons for both the boys and the girls teams. Lieutenant Bill Brutto coaches the Knapp boys’ basketball team right now, and has said one of the most rewarding things is the students realizing what all The Salvation Army does for the community.

“It has been such a great experience working with these boys, and the partnership with Knapp has been very rewarding. We are touched that the group would think of running a food drive for us right now; we typically don’t have a lot of that going on, and it is a slow time for donations. The Michigan City community never ceases to amaze us with their generosity.”