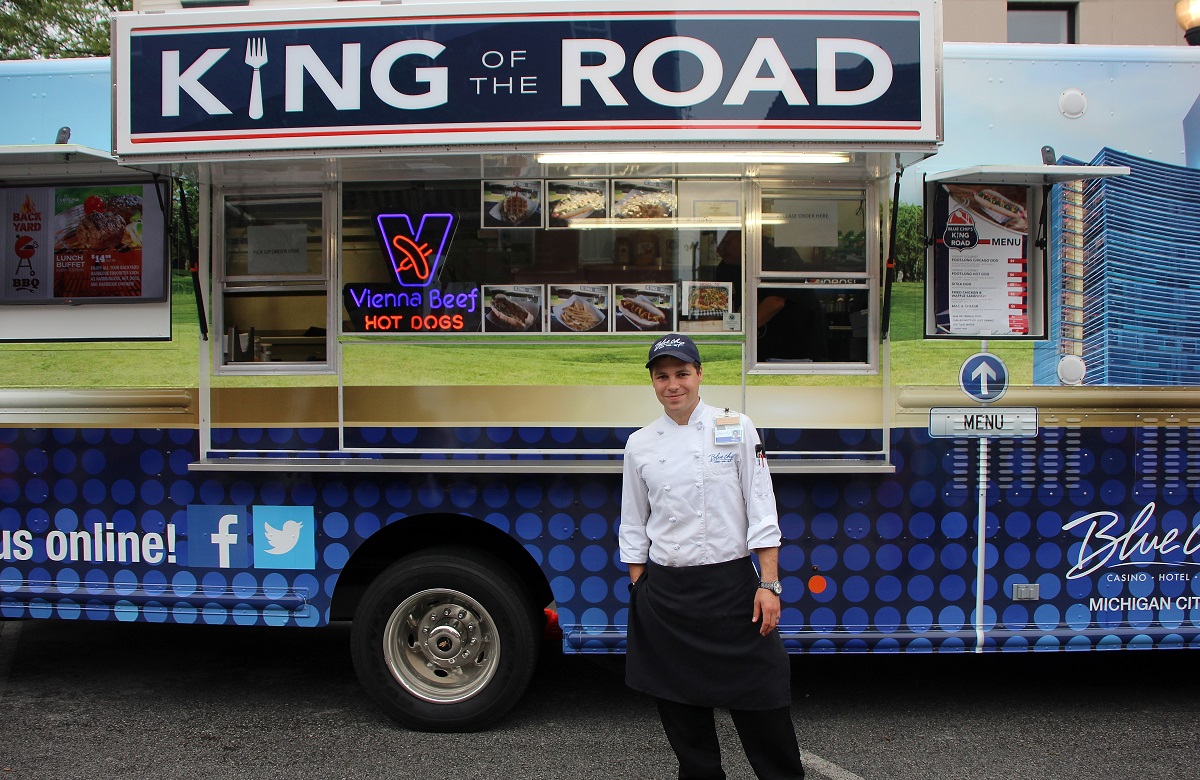 Love Blue Chip Casino, Hotel and Spa and all its offerings (who doesn’t, really)? Then you will love this new mobile addition to the Michigan City-based business.

Always keeping up with the latest food trends, Blue Chip presented their new food truck, dubbed “King of the Road”, just in time for summer.

“We’re always thinking outside the box for different ways to advertise for the Blue Chip,” Jack Elia, Assistant General Manager for the Blue Chip Casino said. “With the food truck shows on TV and being popular all over the country, we thought that this would be another great way to serve our community. We can bring our great food to them.”

The endeavor began in September 2014 when the Blue Chip purchased a Ford F59 and created the design that they wanted for King of the Road. The truck was then sent off to Schantz Mfg Inc. in Illinois where they took the design from paper to pavement. After Blue Chip approved of the truck, King of the Road made its debut at the National Restaurant Show at McCormick Place in Chicago. “We held a private tasting for our staff and then we went to the Lighthouse Mall for our first official outing,” Elia said. 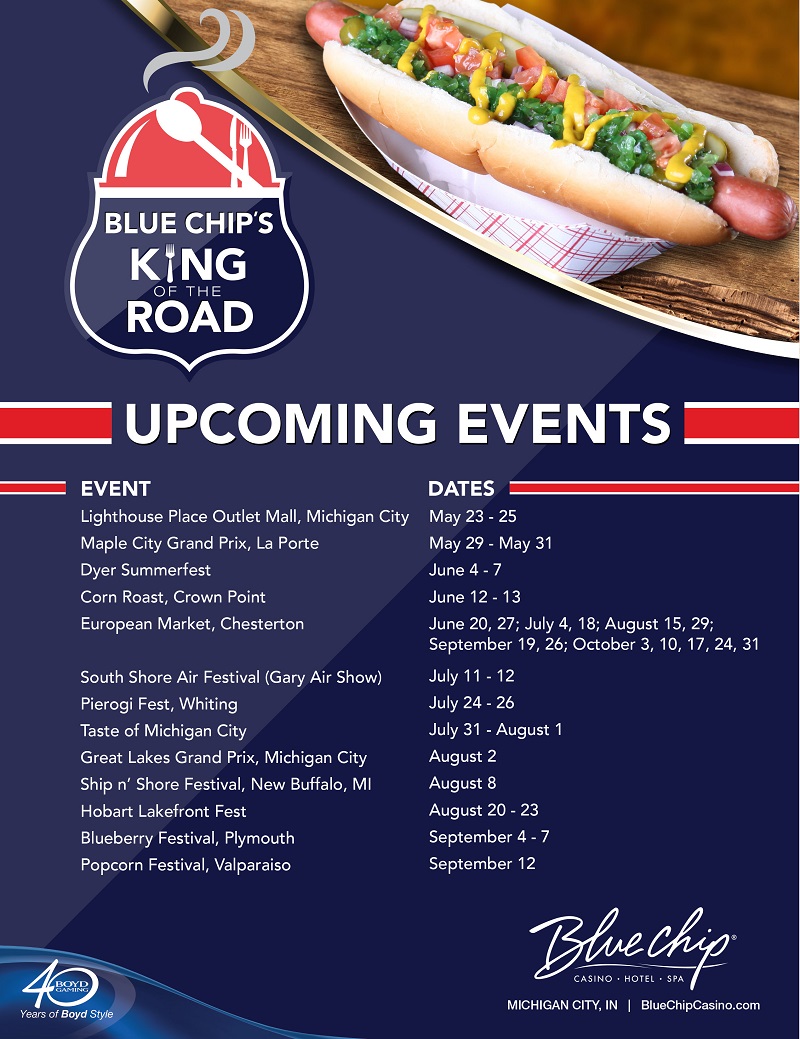 King of the Road’s menu will seem familiar to many as items created in it are also in some of the Blue Chip’s great eateries like It’s Vegas, Baby! and The Game. Foot long Vienna hotdogs, mac ‘n’ cheese, fried chicken and waffle sandwiches, Ditka dogs, BBQ pulled pork sandwiches, and even egg and cheese croissants are created by the food truck’s talented kitchen staff, which hail from the kitchens of the Blue Chip.

“Two of our sous chefs Max Gulab and Lindsey Rakowski as well as some snack bar staff members work in the food truck,” Elia said. “They love it. They really enjoy going to the different festivals around the region and sharing our food with the people.”

Though the summer just began, Elia said that the King of the Road has elicited a positive response from diners.

“We’ve gotten a good response so far, even with the crazy rain that we’ve had,” Elia said. “We’ve been very happy with what has happened with our food truck so far. We’re excited to see what the rest of the summer brings.”

If you want to know where the King of the Road will be next, keep an eye on the Blue Chip’s Facebook page, its Twitter feed, and website. There is also a schedule shown to your right (click image to enlarge). If you want the food truck to come to your area, the Blue Chip does take requests.

The King of the Road can even do private events! Just call the Blue Chip Casino’s Sales Department at 219-879-7711 and ask for the sales department to find out more!