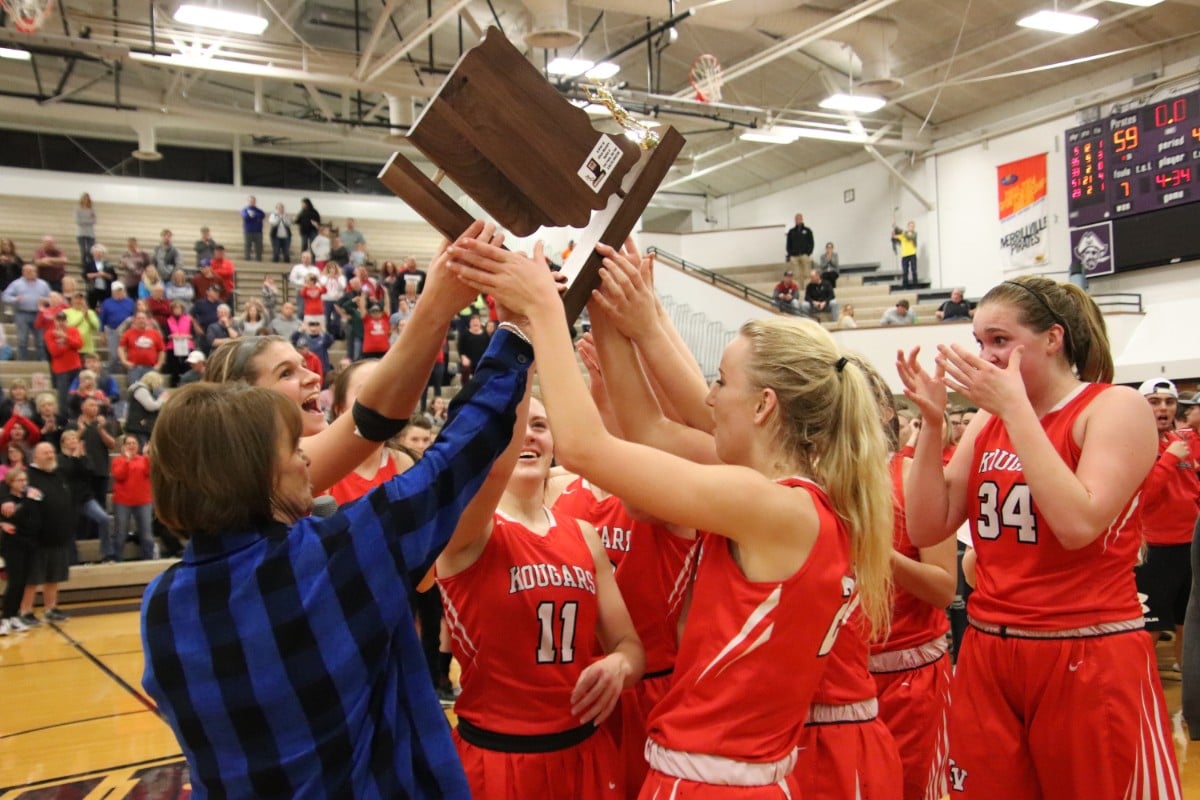 The ground shook as the Merrillville High School Gymnasium swelled with cheers from the stands for the girl’s sectional championship between Michigan City and Kankakee. The thrilling close-call game drew fans from both high schools, filling up the bleachers as they shouted in support of their teams. All eyes were constantly on the court. The Kankakee Kougars scored the winning shot during the last few seconds of the game, stealing the sectional championship and moving forward to regionals.

The close game proved both teams’ persistence, resilience and dedication to the sport, and fan support was solid.

“Girls deserve all of the support they can get,” said Michigan City Wolves fan Joann Swistek early in the game. “It’s been a long time since we won, and we’re ready to win.”

The score remained tied into the third quarter. Cheerleaders treated the crowd to a friendly school rivalry for the longest streak of back handsprings.

“I just really enjoy watching the girls, I’ve been watching them for four years and they’ve had a lot of success,” said high school senior Donald Nannenga.

The score stayed close during the last quarter and returned to a tied score with a minute left in the game, proving the talent of both teams. Fans, coaches, family and friends united in cheering louder in the scintillating final seconds. As the Kankakee Kougars lobbed the final make-it-or-break-it shot, the crowd suddenly silenced and in the next instant, the sectionals championship title belonged to the Kankakee Kougars.

“We battled, fought, scrapped and we had kids that made the plays when we had to,” said Doug Nelson, head coach of the Kankakee Kougars. “We talked a lot about guts and grit. They’re the best things you can have and the best characteristics that we have.”

The game delivered the Kougars to the regionals, and the fans a game to remember.