There is a reason why I refer to La Porte as the “Hub of Awesome” and that is due to the amazing accomplishments this community has been able to achieve over the last few years, particularly in the area of economic development. Building the most conducive climate for economic development growth has been a pillar focus area for the community since 2012 and our community economic development team hit the ground running by first focusing on increasing La Porte’s inventory for developable industrial land.

By collaborating with Space Center, Inc., the Greater La Porte Economic Development Corporation (GLEDC), the City of La Porte Redevelopment Commission, La Porte Urban Enterprise Association, NIPSCO, South Shore Freight and Rail, La Porte was able to expand the Thomas Rose Industrial Park by 137 acres and bring dual rail capability to the park. This project set the tone and tempo for La Porte’s economic advancements by having the expansion discussion begin in January and Governor Mitch Daniels joining partner representatives for the groundbreaking in only nine months, and the total expansion representing the opportunity for over 1,000 new jobs. Since then the team has relentlessly and aggressively pursued opportunities that have resulted in substantial private investment in the community as well as large numbers of new jobs being created. The most recent accomplishments of 2014 are the success stories of Alcoa Howmet Castings and Jäger Unitek Sealing Solutions. 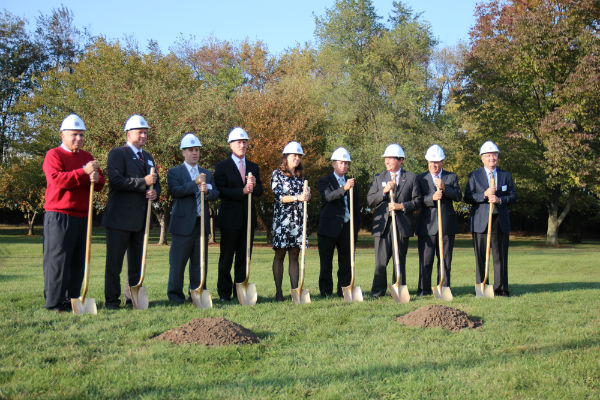 May 29, 2014 marked the opportunity for Alcoa Howmet, the City of La Porte and the State of Indiana to celebrate La Porte’s largest single job expansion and investment in the history of the community. Governor Pence joined over 400 representatives and employees of Alcoa, elected officials, business executives, non-profit directors and leaders of the community to congratulate and thank Alcoa for their decision to invest over $100 Million towards the creation of a new 320,000 square feet plant in addition to their current facility which employs over 475 individuals. Plant #2 will produce nickel-based superalloy jet engine parts and employ up to 329 new employees by 2019. Over 90% of all jet engines in the world contain castings made in La Porte and Alcoa Howmet was the home of the invention manufacturing of the technology innovative engine and fuselage components that enabled NASA’s space shuttles. Eric Roegner, Chief Operating Officer of Alcoa Investment Castings, stated that with the construction of the new Plant #2 La Porte will be home to “the most advanced aerospace facility in the world.” 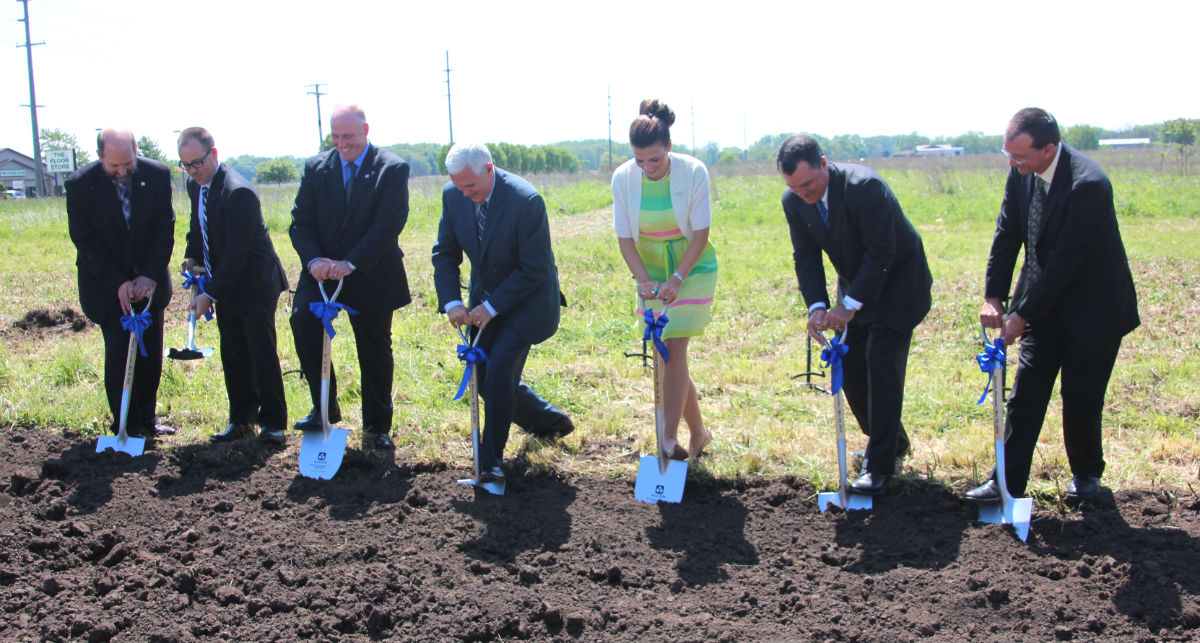 Jäger Unitek Sealing Solutions began research on expansion opportunities in 2012 and by the end of April 2014 had begun the construction process needed to expand their La Porte operations. The expansion represents the retention of 75 existing jobs and an addition of up to 52 new jobs with a $4.5M capital investment. Governor Mike Pence was with Jäger Group executives in Hannover, Germany when the expansion plans were announced and stated,

“The automotive industry is in high gear in the Hoosier State. After visiting Jäger Unitek in La Porte earlier this month, it was a privilege to hear directly from Jäger Group’s leadership in Germany that their next growth plans are on the horizon.” Jäger Unitek serves Asian, European and American automakers, specializing in rubber and plastic extruded and injection molded components used in window, door and sunroof assemblies. The company’s sales have tripled since 2010 and by the end of 2016 are expected to exceed $20 million.

Both Alcoa Howmet Castings and Jager Unitek are exhilarating accomplishments, but the below table helps portray a fuller picture of the results of La Porte’s economic development team.

Leaders in the business community, members of the City Council, the Redevelopment Commission, and the Urban Enterprise Association, GLEDC as well as numerous other community servants have all contributed to the sizeable economic successes La Porte has achieved and will continue to pursue as we simultaneously work to meet the growing workforce demand. I am eternally grateful to the myriad of individuals who are all critical spokes connected to the “Hub of Awesome” that is a successful and growing La Porte, Indiana. I am thrilled to continue working with the team as we press forward to provide for necessary infrastructure growth to ensure continued opportunities well into La Porte’s future.