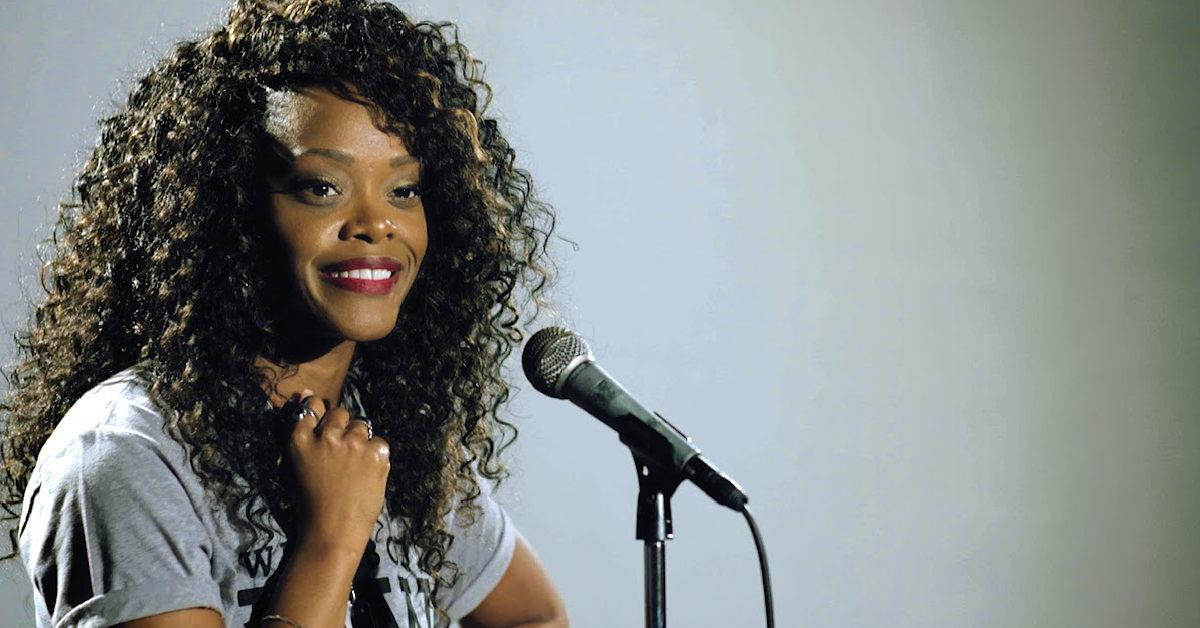 March is Women’s History Month, and to honor women throughout history and in our lives, Ivy Tech Community College Valparaiso welcomed award-winning poet and activist Ebony Stewart for a live virtual performance. What started as an exploration of women in politics, art, and movements who inspire us became a dedication to the women in our lives—our grandmothers, mothers, sisters, friends, colleagues, and even ourselves.

Stewart emphasized the collaborative nature of the virtual event, remarking how Zoom, while very different from a regular live performance, can still allow for incredible engagement.

“This virtual ‘Zoomiverse’ can be slightly awkward at times, because it can be tough to convey a lot of emotion in a pixelated box,” Stewart said. “I want you all to respond and engage with me; I want to connect with you.”

Stewart filled the event with questions for the crowd, asking the women in attendance who has inspired them in their lives, who they admire, and who they consider to be heroes. Leaders like Michelle Obama, artists like Toni Morrison, and activists like Rosa Parks, were mentioned, along with shout outs to attendees’ mothers and grandmothers.

“Of course, you have Maya Angelou, Cicely Tyson, Michelle Obama, people who are icons that I love,” Stewart shared. “When it comes to fictional characters as well, Storm from Marvel is my idol.”

Women in attendance of the event responded to Stewart’s welcoming atmosphere she created through the computer screen, sharing the experiences they’ve had and the life lessons they’ve learned from inspiring and strong women every day.

“What are some sayings or different things they have shared with you that you’ve never forgotten, or you have come back to in your life?” Stewart asked.

Attendee Denise Smith shared a lesson she learned from her mother on the importance of being kind and polite.

“She always told me that whatever I do, I am representing myself,” Smith said. “That first impression is a lasting impression. Be polite, be respectful, talk to people and treat people the way you want to be treated.”

“To this day, this is the person that I am, because of what she taught me,” Smith continued.

Stewart shared her own lessons she learned from her mother, opening up about her mother’s life as a single mother raising three children and living in America as a Black woman.

“There were struggles and a lot of things that I didn’t understand about how tough she could be with us but also how loving she was at the same time,” Stewart said.

Throughout the event, Stewart performed one of her poems that expanded upon the theme of each discussion, showcasing her talent as poet with a unique turn-of-phrase and a strong, calm voice. Exploring things such as the power she has as a Black woman moving through the world, or her relationship to her mother, offering attendees a glimpse into her childhood and what it was like growing up as a Black woman in America.

“’Hold me down long enough and I’ll figure out how to turn these chains into a crown,’” Stewart recited from her first poem.

In her second poem, which explored her relationship with her mother during times of struggle and love, Stewart utilized different storytelling tools to convey a younger perspective, highlighting the narrator’s growth from a childhood innocence to an older understanding.

“’One time she picked up the whole house so we could know just how much to her there was…’” Stewart recited from heart. “’…love us so much that her whole body is a window bar and security gate, protect us like ain’t nobody getting in…’”

In a new poem, she debuted for the first time, after asking attendees about what they’ve love about their bodies, Stewart explored her relationship with her body and her path to acceptance of what her body looks like in comparison to our culture’s expectation of what women’s bodies should look like. Stewart delivered her poem with vulnerable emotion, allowing attendees to connect with her and the shared experiences many women have.

“’My body is in a complicated relationship with numbers, my body gathers and collects guilt in large numbers, my body doesn’t get what it deserves, it gets what it negotiates, my body and its trauma responses, counting, cutting, curves, my body cries, hides, and gets sunk, my body is slowly unraveling in coping mechanisms after being triggered, my body is lowkey exhausted…’” she read. “’…but my body isn’t perfect, my body is perfectly imperfect…’”

To close out the event, Stewart answered questions about her craft and what inspires her to create, leaving attendees with a piece of important advice.