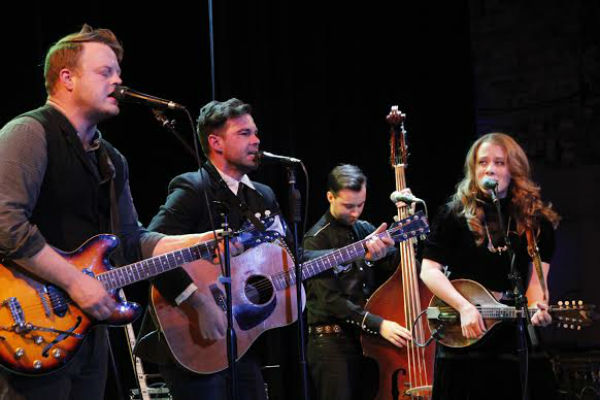 The Memorial Opera House hosted a sold out crowd on Saturday night for the first event in their Imagine Concert Series, which featured folk-rock group The Lone Bellow.

The Imagine Concert Series is orchestrated by Brad Koeppen and Rob Harkel, who have been putting traveling artists straight into Valparaiso’s downtown for many years. Tim Daly, a season ticket holder to the Opera House, only had words of support for the event, “Rob and Brad do a fantastic job bringing in talent that usually never make their way towards Valpo. It’s great to have these events here at home and not have to worry about the usual hassles in order to get to concerts like this.”

But it’s not only the concert go-ers that are impressed with what the Opera House has been able to offer. Judy Barnett, who works with Imagine concerts, said “I’ve been to almost all of the concerts here so far and everyone who plays here is in awe of the Opera House. They’re always impressed, very much so.” With attendees and musicians alike so drawn to Valpo’s very own historic theater, it’s no wonder why the concert was such a success. 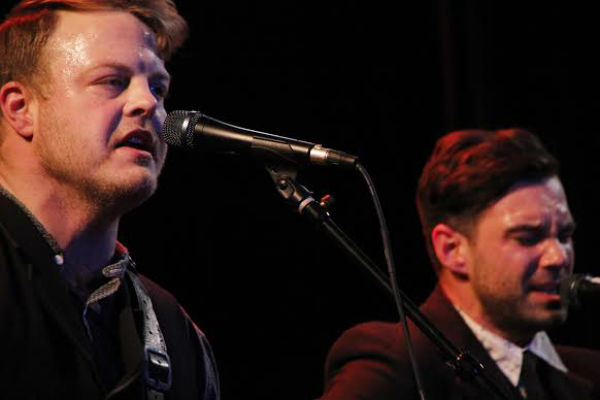 The Lone Bellow hails from Brooklyn and is comprised of three vocalists, Zach Williams and Brian Elmquist, who both play the guitar, and Kanene Donehey Pipkin, who plays the ever sweet mandolin. The rest of the band includes Jason Pipkin on the bass and Brian Griffin on drums. Their self-titled debut was only released a year ago but the band powered through a 90 minute set worth of material that clearly still resonates through their passion. The crowd’s response throughout the set was warm and palpable and as a result the band was able to create an intimate atmosphere. As verbal exchanges were rampant from the stage to the crowd, the limits that are usually only held to the edge of the stage were constantly broken. Lead vocalist Zach Williams first instructed the crowd through a song mere feet from the crowd and later came back down accompanied by Brian Elmquist and Kanene Pipkin to perform beautifully without mics. Not only did they engross the crowd through their own material, but also by covering a song by Chicago folk singer John Prime. 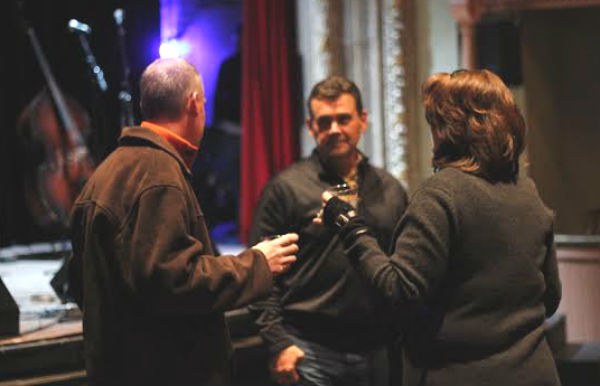 The evening finished with a two song encore, and with the last song they brought themselves further into the thick of the crowd. What followed was an appropriate loud uproar of applause and only then did the energy of the night finally deplete. The experience of seeing bands like The Lone Below is unique and surely a one to be remembered.

This only marked the beginning for the Imagine Concert Series. Four more concerts will take place up until the end of November from the likes of Alejandro Escovedo, Shoes, Sena Ehrhardt and The Smithereens. Tickets are still available for all of these events online at tickets.mohlive.com.