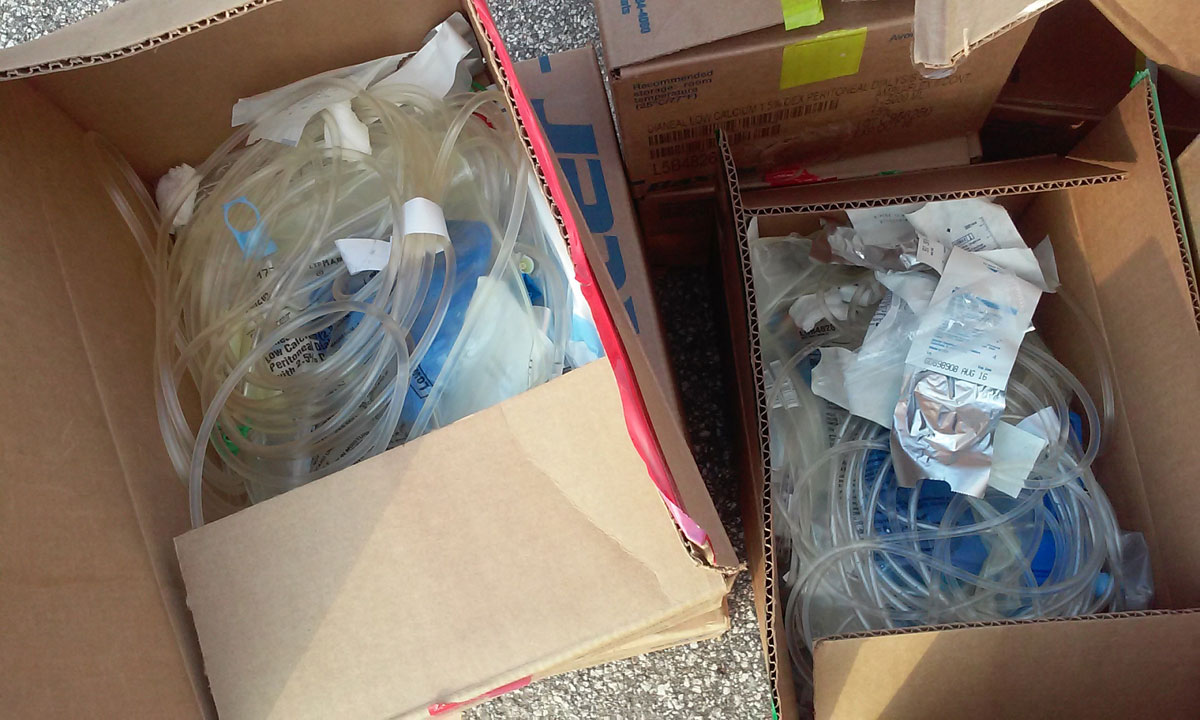 Surveillance at the La Porte County Solid Waste District’s public recycling dumpster in Michigan City has resulted in an investigation into illegal dumping of medical waste.

District staff called Michigan City police Tuesday night after surveillance uncovered illegal dumping of more than two dozen boxes of medical waste outside the recycling bin, located in the west parking lot of Marquette Mall. The patient’s identity has been discovered, and investigation is ongoing with Michigan City police, La Porte County HAZMAT and the Indiana Department of Environmental Management. IDEM plans to charge the violator for cleanup of the waste.

Unsafe disposal of medical waste can potentially harm cleanup workers who may come in contact with disease, said Alicia Ebaugh, the District’s education and public outreach coordinator. Patients who use these materials at home need to get guidance from their doctors on proper disposal, Ebaugh said.

“All professional advice we've gotten on products like medical tubing and dialysis bags indicate these products should be double bagged in trash bags, securely fastened and placed with your regular trash,” she said. “Never try to recycle any type of medical waste, especially needles. The only safe way for residents to dispose of needles right now is the District’s Household Hazardous Waste collections.”

Ebaugh said the agency has stepped up surveillance permanently at the site, as it has been plagued with illegal dumping of all types of non-recyclable items including flooring and drywall. Electronics and hazardous waste, which need to be collected in other locations or programs than in a curbside or public recycling bin, are also showing up frequently.

“Some people probably think they are doing the right thing by bringing items they think might be recyclable, but wishful recycling causes more problems than it solves. Contamination can make entire loads of recyclables unusable,” she said. “Most of the trash is being left in the evening and later at night, though. I think these people know what they are doing is illegal and they are trying to avoid detection.”

A fine of up to $2,500 can be issued under Michigan City municipal code to those who dump trash at the public access site. In addition to the District’s surveillance, there is video surveillance being done in the area. Responsible users of the site are also on the lookout for violators, Ebaugh said.

“This public recycling bin is very important for many people who have more recycling than they can dispose of at home or at their business. We all need to work together as a community to make sure this bin is still available and that our recyclables are actually worth using again,” she said, noting that the District had to close down three public recycling locations in La Porte and Kingsbury due to illegal dumping over the past two years. “It might take an extra few minutes to figure out exactly where something goes, but extending the life of resources available to us is worth it.”

Find out what is and is not accepted in the District’s recycling program, and the proper location for your items, by visiting their website at solidwastedistrict.com. Call the District at 326-0014 with questions on proper disposal.