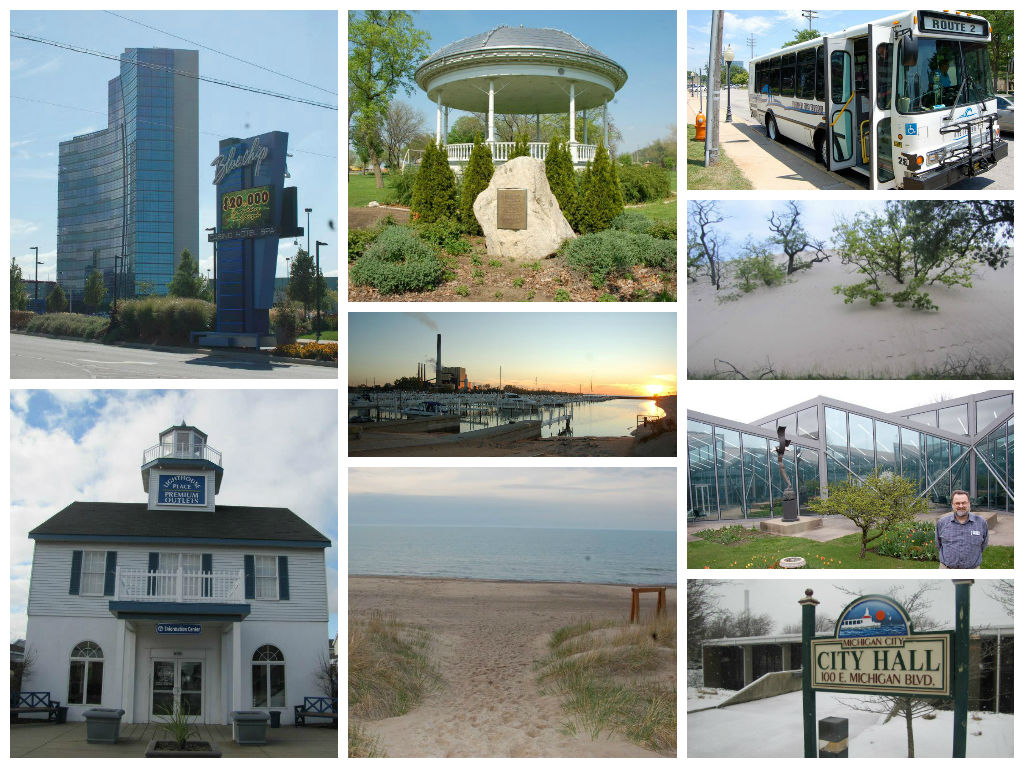 Through the good and the bad, it’s important to take pride in your home town. Remembering how things were different (or the same) growing up and engaging the people, places and uniqueness of where you are from is a move upper - and the “I’m so” facebook status that have taken off lately have done just that.

I’m not sure who began this recent craze. But with friends in both Northwest Indiana and Chicago, I do know the first several I saw began with “I’m so MC (Michigan City).”

Michigan City is unique. While it’s difficult for City dwellers to all agree on any issue, it seems the “I’m so MC” statuses have brought the community together in remembering where we are from and with which town we identify.

Some of my favorites are:

“I’m so MC I was born at Memorial Hospital." (Melissa Wood),

“I'm so MC, I remember hanging out with my friends at a packed and thriving Marquette Mall on Saturdays. We'd eat Hot Sam's pretzels, try on clothes at County Seat, buy cassette singles at FYE, stock up on accessories at Afterthoughts and Claire's, make wishes and toss pennies into the functional fountain, play games at the Tilt, shop in shoe stores galore, have dinner at Old Country Buffet.” (Kelley Smith),

For the first few days of the craze, I decided against making one of my own. After all, I am not from Michigan City, was born and raised on the southside of Chicago and just became familiar with the city in depth three years ago when I moved to the area for work.

But I have always known of Michigan City, and did spend a number of summers here growing up since my parents own a summer home in nearby Michiana Shores. Since Michiana Shores is so small, we would have to visit either Michigan City or New Buffalo, Michigan to get groceries, rent movies or go to out eat.

So I thought to myself: “I AM so MC” and I could make a status too.

Chuck’s 212, Box Office Video and Movie Gallery, the Old Country Buffet and visiting a packed Marquette Mall on Saturday nights are a big part of my childhood too. Working at The News-Dispatch as a reporter and editor for nearly three years and the last nine months with LaPorteCountyLife.com have only enhanced my knowledge of the city. Enhanced being the key word. Michigan City has always been my (second) home.

The status I decided would be dedicated to my favorite Michigan City restaurant, Swingbelly’s. But not the current one, the one that was located at Stop 2. So I wrote (after a qualifier clarifying I am just a “Funny” Illinois Person who just spent summers here growing up) “I'm so MC that whenever I hear someone say "Swingbelly's," I still immediately think of the Stop 2 location.”

I could have made about 100 more similar mentions too. The more memories one has from years past, the sweeter they become and the years go on.

It’s true, and will be years from now. Swingbelly’s always triggers the visual of Lakeshore Drive, homes on the beach and the upscale condos at Stop 2 and not the train depot where it has thrived for the last 15 years or so.

But more importantly, “I’m so MC” has triggered positive recollections from hundreds, if not thousands, of city dwellers who just want to remember how things were when they were much younger.

The statuses have brought positivity to a town that, let’s face it, sometimes needs it. Michigan City can get a bad rep at times, and sometimes that comes from its own residents.

But turn that around and Michigan City is one of the most prideful places in the country. We love being a small town with a world-class beach, a zoo, top-notch gaming casino and bordering a beautiful national park. We love discussing, and sometimes arguing feverishly about, city issues like the police acquisition of a military vehicle, how much of the riverboat money should be used on day-to-day operations, which businesses we’d like to have here or whether or not Franklin Street should be extended to the lake. We argue because we care.

And when it comes to making the national news, we show our pride even more. The entire city came together in thoughts and prayers on social media during the Miracle on Mount Baldy in 2013 and in the aftermath of the fatal pile-up on Interstate 94 earlier this year.

The “I’m so MC” craze has taken off so much that people from larger cities have been posting similar statuses over the last few days.

“I’m so Chicago that my pizza is deeper than Lake Michigan,” wrote Kevin Kellam.

Michael Puente of WBEZ posted this one about East Chicago: “I'm so EC. I remember when everybody and their mother wore those green hospital scrubs that I'm sure were stolen from St. Catherine's Hospital.”

Cleveland.com posted a story about I’m so Cleveland statuses and tweets gaining steam.