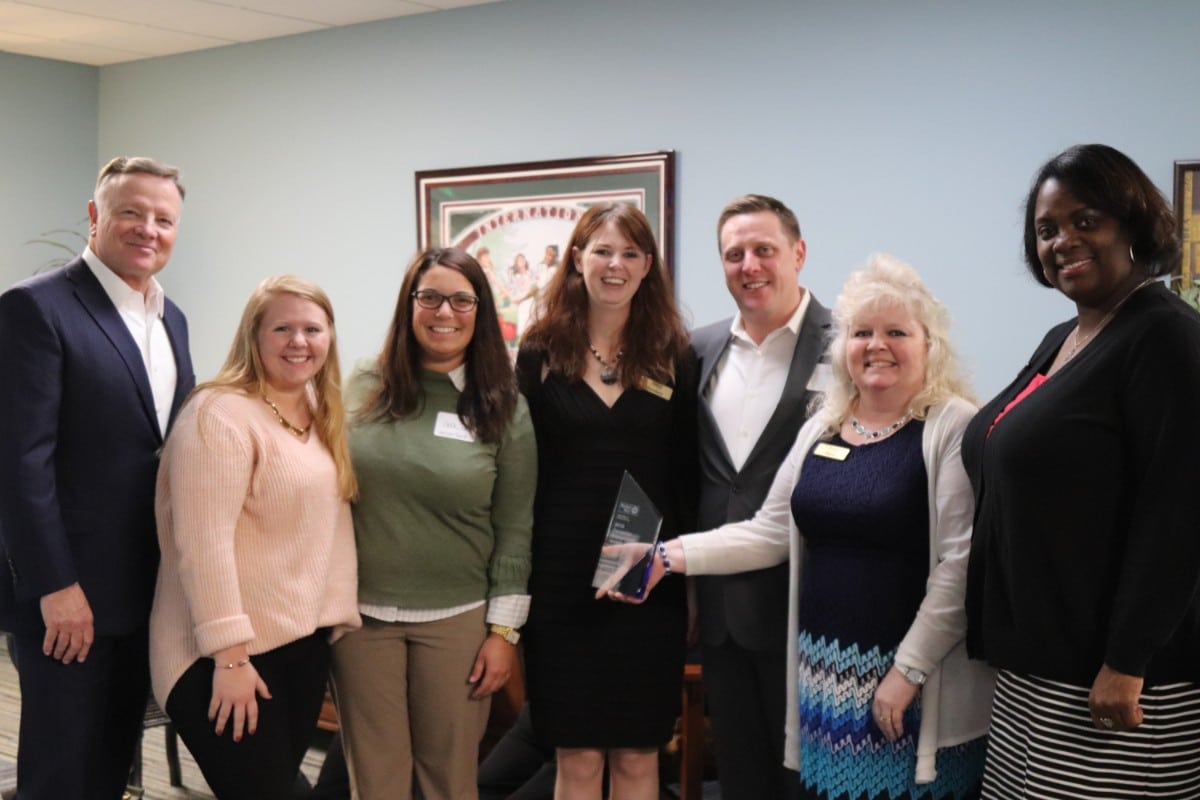 The awards ceremony was a night of small talk and open hearts, held in the STAR Center in Michigan City. The second-floor venue holds the offices of several community organizations, including United Way of LaPorte County. It’s a great space, and guests were welcome to tour the facilities, nosh on Fiddlehead delights, sip on Burn ‘Em brews, and enjoy the smooth tunes of Jordans & James.

It was important that everything about the event be very local.

“We belong to this community,” United Way of LaPorte County Executive Director Kris Pate said. “The money we raise stays in our community to support the great work going on here.”

“There are so many charitable people in the community who want to help,” Pate continued, “but they don’t know how to help or how their dollars can best be used.”

Workplace campaigns are a great way to bridge that knowledge gap, and Horizon Bank made a big impact in 2018 with their campaign.

“Horizon has been doing this for a number of years, and we wanted to continue that tradition and be involved,” Horizon Bank Customer Service Representative and United Way Campaign Co-Organizer Kandace Eapmon said. “We contributed almost 20% more than the prior year, plus Horizon matches, which is huge.”

“We had such awesome participation. It was exciting to see all the new people doing it,” said Horizon Bank Teller and United Way Campaign Co-Chair Paula Garrison. “Everybody at the company thinks it’s important to give back to where we live – right here.”

This year, to incentivize participation, Horizon Bank allowed employees a Free Jean Day. This had a ripple effect of expanding employee participation and creating advocacy opportunities for the employees.

“They hadn’t done incentives in the past, so I reached out to Craig and asked if he would mind,” Eapmon said. “We’ve never had a jean day, and customers noticed right away that something was different. It gave us a chance to talk to customers about United Way, what resources they offer and how they can help. A lot of people don’t realize what options are out there.”

Horizon Bank Chairman & CEO Craig Dwight gave Eapmon and Garrison all the credit for the huge response in their 2018 campaign and proudly applauded as they accepted the award.

“Our philosophy on volunteers in general is that we want you to volunteer, we want you to engage, and we’ll give you time off to do those things,” Dwight said. “So pick the organizations that you want to support and give it your best effort. They brought a ton of enthusiasm to the campaign and did a really great job.”

As Dwight noted, Horizon Bank supports employees volunteer efforts in many ways, including a dollar-for-dollar match for the United Way Campaign.

Horizon Bank AVP Commercial Loan Officer and United Way of LaPorte County Board Chair Bill Gertner presented the company match check at the awards ceremony, saying “I can’t tell you how much we appreciate supporting United Way in our community.”

“Horizon is an incredible partner for United Way,” Pate said. “We are in the process of signing a corporate partnership agreement to establish our longstanding partnership and makes us eligible to triple their donation with a match from Indiana’s United Way.”