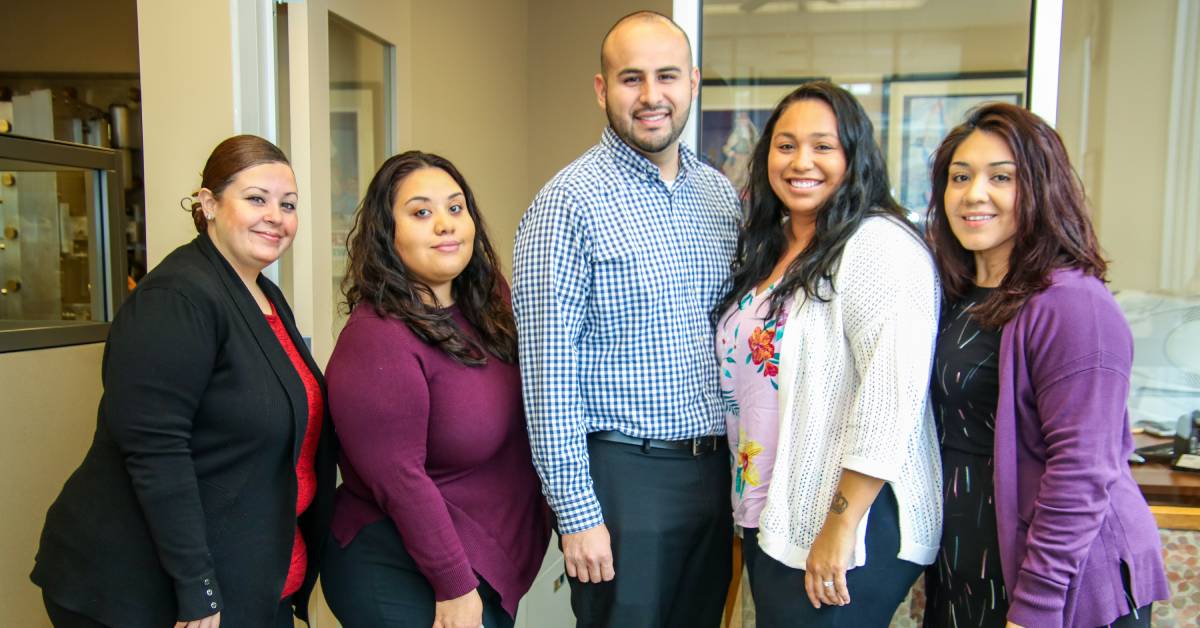 When you walk into the Whiting Branch of Horizon Bank on 119th Street, chances are someone will greet you by name and gleefully view the photos of your daughter’s first birthday party. That is one of the perks of banking at a community institution.

Now, those perks, among all others enjoyed by Horizon’s customers, have been extended to fluent Spanish-speakers in and around the Whiting area, as part of the company’s first full Spanish banking center.

"We're very excited to have the opportunity to serve our Hispanic community, and to provide them all of the services that anybody else would get at any other financial institution, but also in Spanish," said Horizon Bank Whiting Branch Manager Simon Vega.

According to the Federal Deposit Insurance Corporation (FDIC), people who identify as Hispanic are the most underserved demographic in the banking industry, explained Whiting Branch Manager Simon Vega. In Whiting specifically, that applies to 40 percent of the city’s population.

Community members who feel more comfortable speaking Spanish will now be able to complete all their banking needs, from simple deposits to loan applications, with a bilingual staff member at the Whiting Branch.

"Having those services available to an individual in their native language was fairly non-existent," he said. “Now we have a mortgage loan officer who can do a home loan completely in Spanish."

In addition to banking services, the branch will also be offering bilingual financial education and planning assistance for new bank members.

"There are a lot of people that actually have no knowledge of banking whatsoever. So, we've put a program together to help people from the very beginning of the process to the very end, to outline their goals, their dreams, their aspirations and then to get them into an action plan," Vega said.

Customer Service Representative Azucena Santiago knows first-hand how meaningful and important it is to have access to services in your primary language. As a first-generation U.S. citizen, she spent much of her childhood serving as translator for her parents.

"My parents are Spanish-speaking, and they were always dragging us somewhere," Santiago said. "It would make me feel supported if my parents were going somewhere like our branch, where they would be helped and be understood without having to wait on us to go with them. A place where they can be independent."

Instead of having only one, maybe two people on staff who can be called upon to assist with translations, almost the entire staff at the Whiting Branch will be able to provide bilingual support.

"When people walk in the door, they’ll know someone is going to be here that can speak Spanish, so they don't have to be intimidated," Santiago said. “They can come in and say 'hi' in Spanish without looking around to see who looks Hispanic.”

Branch Manager Simon Vega has been with Horizon Bank for two years now, and in that time,  he’s been greatly impressed with the company’s dedication to supporting diversity in the Region.

"They are always trying to push the envelope and see what they can do to get involved,” he said. “That's the great thing about a community bank— they specifically focus on the communities that they serve. I'm thrilled that my bank gave me the opportunity to help this project launch and flourish."

For more information, visit their horizonbank.com.