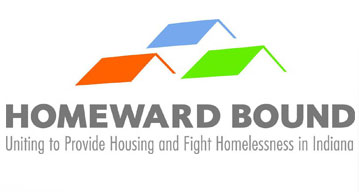 You can help prevent homelessness, get some exercise, and visit scenic Washington Park and the Beachwalk community - all at the same time!

Teams and individuals are encouraged to sign up for the Kevin Kohn Memorial Homeward Bound 5K Fundraising Walk-A-Thon on Saturday, September 29 at Washington Park in Michigan City. Registrations are accepted both before and after the 9 a.m. step-off time.

During any given year an estimated 1,500 La Porte County women, children, and men are considered homeless, and that doesn’t include ‘couch-surfers’ who stay with friends and family. Six area organizations that work to support these homeless individuals and families will benefit from the pledges raised from this annual walk. They include:

The Homeward Bound event is dedicated to Kevin Kohn, a Michigan City resident who worked as a cook and in other parts of the food service industry. He first moved to the Long Beach area when he was 12 years old, and attended Krueger Junior High then graduated from Elston High School in 1978.

He relocated to Tulsa, Oklahoma in 1981 and was married in 1988. He returned to Michigan City in 1998 and lived here until his death. Kevin battled with alcoholism through much of his adult life. He was a member of AA and participated in meetings at the Dunes House, and had gone through rehabilitation at the Salvation Army’s South Bend facility.

He was a member of the Salvation Army and volunteered at their centers, both in Michigan City and South Bend. Sadly, Kevin died of exposure to cold on February 9, 2009. He is survived by his daughter, Kaitlyn.

What happened to Kevin Kohn could have been prevented with adequate emergency shelter and permanent supportive housing. On behalf of Kevin’s brothers, sister, and family, the Homeward Bound walk committee is seeking support in raising awareness and funds to battle homelessness.

Walkers can pre-register online at: http://homewardboundindiana.org/la-porte-county. Students and children under 5 may walk for free. Participants should bring the completed pledge form and monies to Washington Park on Saturday, September 29.

Registration that day will open at 8 a.m. Entertainment will be offered during the morning, with the awards ceremony beginning at 10:30 a.m.

Questions may be referred to Gerry Jones at 219-879-4615 or ghjones@steppingstoneshelter.org.