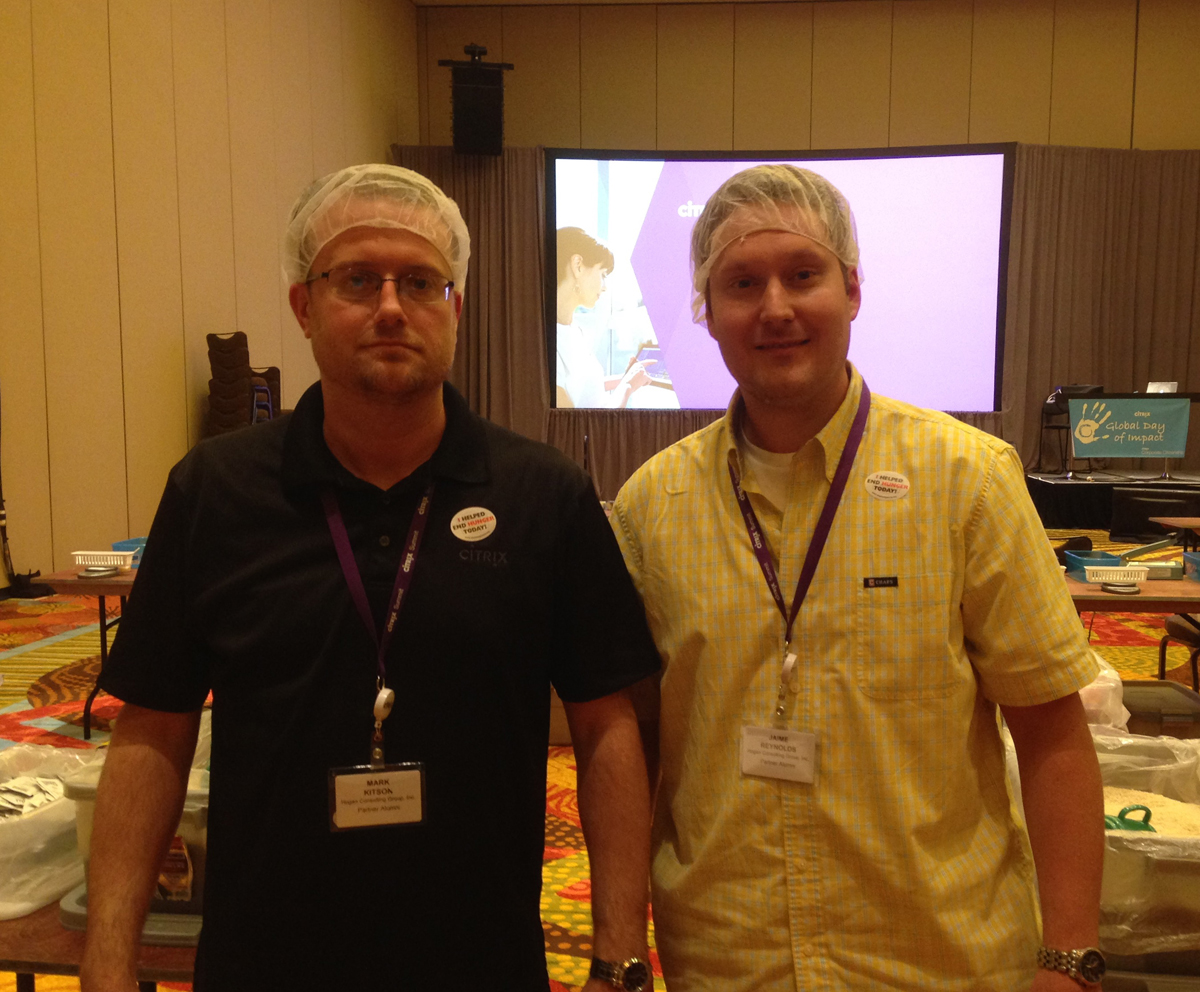 During January 2014’s Citrix Summit, a gathering of nearly 4,000 Citrix partners and sales employees in Orlando, attendees were invited to take some time during the three-day conference to participate in Citrix’s partner charity, Stop Hunger Now. Among the attendees were Hogan Consulting Group employees Mark Kitson and Jaime Reynolds, both of whom eagerly joined the cause.

The duo joined along thousands of volunteers who worked together and shipped an estimated 20,000 meals and packaged another 7,000 during their downtime at the summit. Reynolds told the HCG blog, “This summit turned out to be so much fun. I just figured that we were very fortunate to go to an event like this, a couple of hours helping others get a good meal is not a big deal at all.”

The event showcased the goodwill and charitable mindset that many companies, including HCG, has and the reward was fulfilling for HCG’s representatives. “I agree that it was a good feeling knowing we could help others. I think had they not had a hard stop, we would have kept going for a little longer,” explained Kitson.

The team at Hogan Consulting Group doesn’t have to travel all the way to Orlando to participate in charitable endeavors. In an upcoming piece, you will learn that the employees of HCG are encouraged to give to local charities and help their surrounding communities.