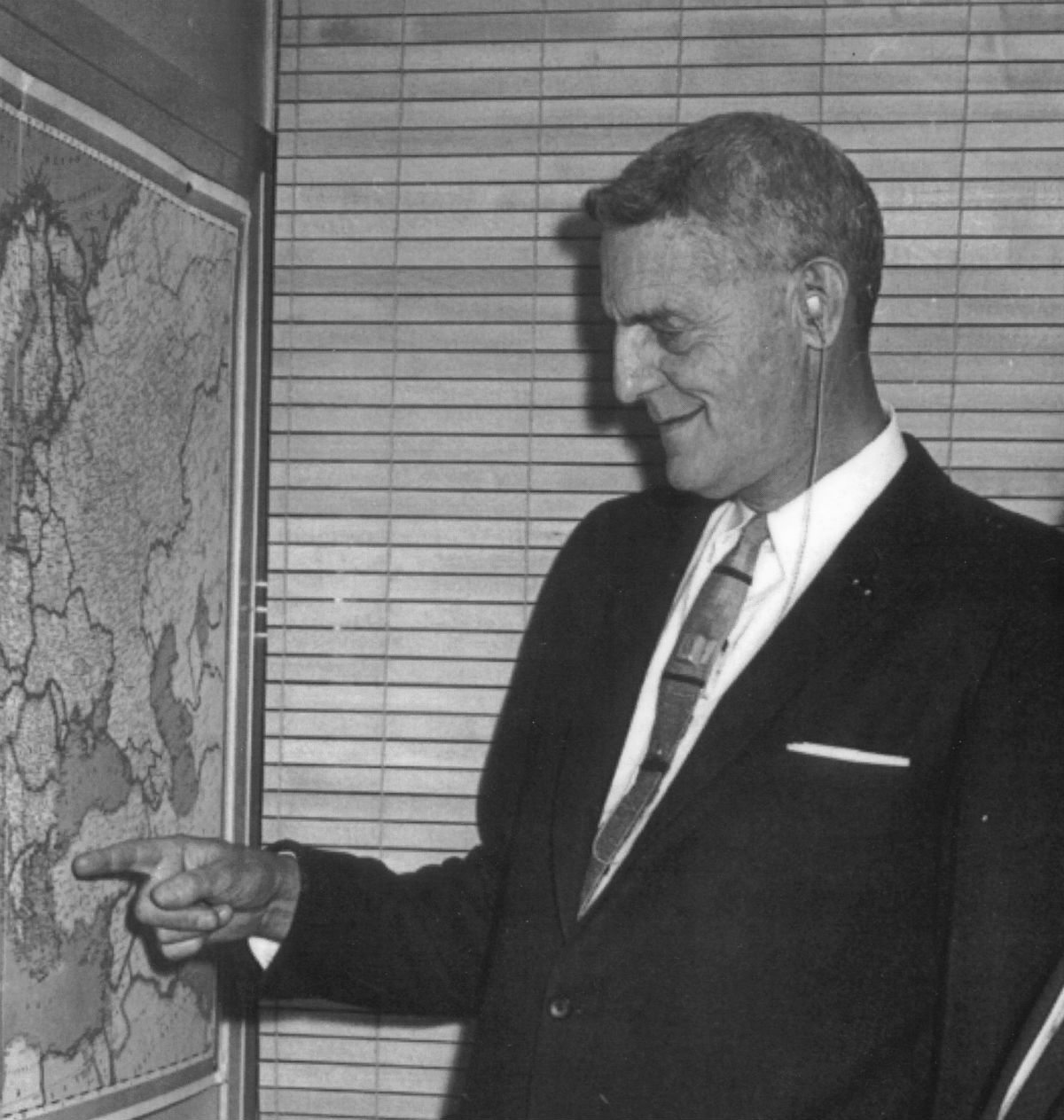 April is Innovation Month and the La Porte County Historical Society Museum is honoring Captain Bill Eddy of Michigan City for his many innovations. From being a Pioneer in early television to inventing Cruise Control we owe a lot to Capt. Eddy.

Born in New York in 1902, Bill Crawford Eddy was a successful naval officer, engineer, television producer, cartoonist, inventor- the list goes on. After the Naval Academy, he joined the submarine service and developed equipment for tracking ships, which could also track enemy submarines. In 1941, he helped set up WBKB which later became ABC’s Channel 7. After the war, he set up a business which developed and used aircraft radar for many purposes locally as well as internationally. Inventions include, besides Cruise Control, the endless loop cassette tape, and the kaleidoscope.

The display honoring Capt. Eddy will be on display at the museum for the entire month of April. The La Porte County Historical Society Museum is located at 2405 Indiana Avenue in La Porte, and is open Tuesday through Saturday, 10:00A.M. to 4:30P.M.. Call ahead for admission prices at 219-324-6767, or visit our website at www.laportecountyhistory.org. Children under 12 enter free. The facility is accessible to those with disabilities.