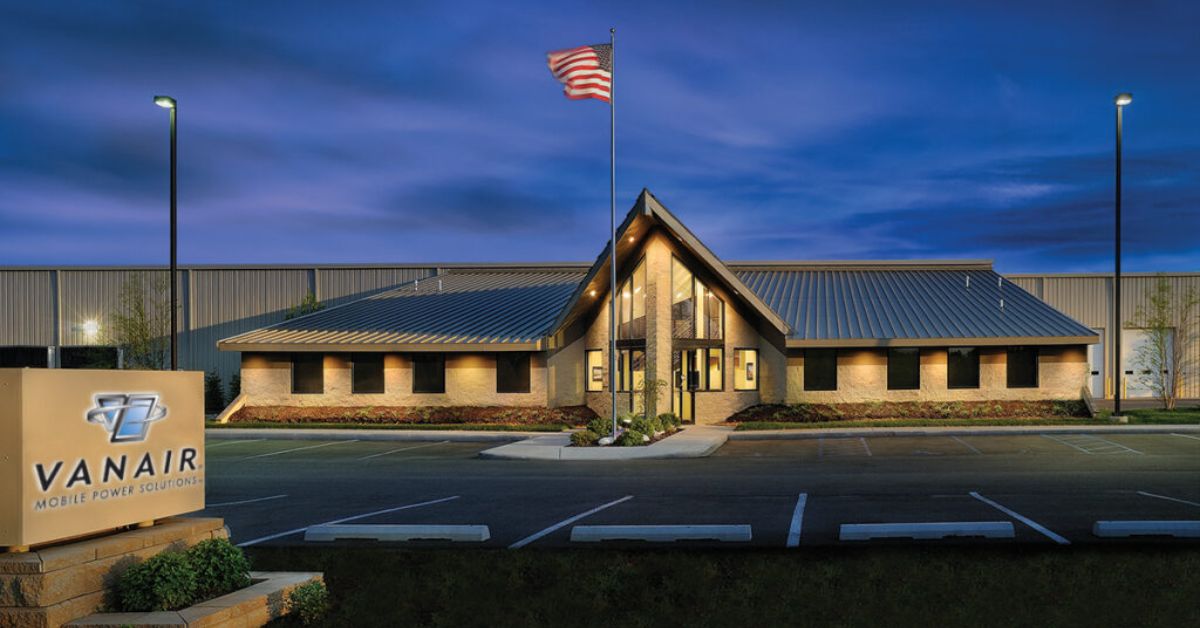 Hartman Global Intellectual Property (IP) Law protects the rights of an incredibly diverse array of businesses and inventors – from computer software designers to manufacturers like Vanair Mobile Power Solutions– one of the largest employers in an industry that is quietly one of Northwest Indiana’s most important, compressed air manufacturing.

Vanair, founded in 1972, manufactures “Mobile Power Solutions,” such as generators, welders, hydraulics, and air compressors.  The company has been in Michigan City since moving to its current headquarters in 2008, which it expanded in 2010 before acquiring a second facility in 2016. In that process, Vanair has grown from 14 employees to about 185.

Compressors are one of the most multi-purpose power sources around, with the energy they create driving countless industries from behind the scenes. Even emergency responders rely on Vanair’s mobile compressors.

“The average guy on the street would never think about this equipment getting used in firefighting,” Kokot said. “It’s also used in pipe relining, sewer relining, and tire repairs roadside or in shops, we even do work with the Department of Defense.”

Vanair’s work with the U.S. military is particularly close to Kokot’s heart. One day out of the blue, the government approached him to design a solution that utilized his equipment to safely interrogate suspected improvised explosive devices – a critical task.

“We created counter IED technologies to be installed on mine protected route clearance vehicles,” he said. “It worked exactly as I expected it would, and we deployed hundreds of units. These were used in Iraq and Afghanistan, and we received numerous commendations from the Department of Defense stating that the technologies that we provided saved lives.”

Before he purchased Vanair, Kokot had worked in the utility industry. At the time, Vanair had built a strong foundation as a business working almost exclusively on compressors.

“Interestingly enough, coming from the utility industry, I thought when I acquired Vanair that it was a moderately mature company,” he said. “25 years later, if you look at a bell curve it’s still in its infancy. There are so many broad markets and vast opportunities for Vanair to continue to grow, and we have.”

“We’re listening to the customers, or innovating and leading them to new directions,” he said. “We started out as a compressor manufacturer, but we’ve morphed into mobile power solutions. We’ve got battery boosts and jumps, welding capabilities, compressed air, and we’re providing all-in-one solutions for a whole host of markets.”

Vanair’s work depends on a smart, creative team – and Kokot’s found that there’s no shortage of talent in Northwest Indiana. While the company has a strong partnership with Purdue University, creating a pipeline of qualified workers, he also leans on the Region’s strong agricultural background to find new talent.

“I love hiring farmers,” he said. “They’re innovative, they think on their feet, and they really have a grasp on how to manufacture and build.”

Vanair is one of a number of manufacturers working in compressed air in and around Michigan City – and it is a community Kokot is proud to be a part of.

“Michigan City is quite the nucleus of compressed air,” he said. “It brings me a great deal of pride to employ the folks that we do and to serve our community.”