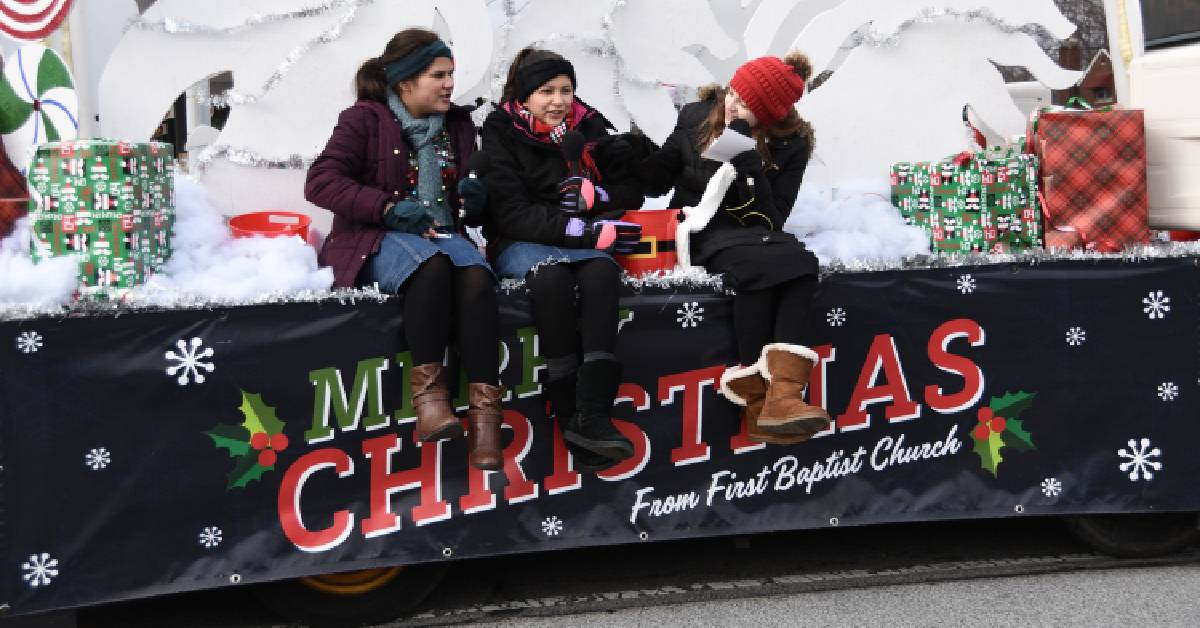 Christmas is a time of joy and wonder. As we look to fill our homes with smiles and laughter, creating new memories to last a lifetime, we also realize that Christmas is a time of traditions, those wonderful habits that make-up who we are. One long-standing tradition enjoyed by all is Hammond’s Annual Holiday Parade.

Typically held on the first Saturday of December, the parade features everything from marching bands to firetrucks, from dancers to floats, and of course, handfuls of candy tossed to eager young children who scurry to scoop them off the ground before the next float comes by to toss even more.

This year’s parade saw a few changes, most notably a route change from previous years. This year’s parade kicked-off near Gavit High School, then made its way along 175th Street to Indianapolis Boulevard, where it turned north and ran all the way to the Hammond Sportsplex. There was also the addition of a Santa Sprint Fun Run immediately before the parade. This year's grand marshal was the cast from Hammonds’ own Towle Theater.

Sprinting alongside the row of police vehicles and fire trucks with their sirens blaring was Mayor Thomas McDermott Jr., who waved and yelled, “Merry Christmas!” to everyone he passed as he smiled and tossed huge handfuls of candy to any child he passed.

“I wanted to thank everyone for coming out here today,” Mayor McDermott said. “We’ve been doing this parade for a long time. I want to thank Dr. Vavilala at the Lake County Health Department for approving our plan for this parade.”

Mayor McDermott was glad to see everyone complying with health department regulations for social distancing and mask wearing during the parade.

“Other than that, we get to come out and celebrate the holidays, which is really nice,” said Mayor McDermott.

Also on hand to entertain the crowd were community favorites from Those Funny Little People Enterprises, Inc., as well as members of the Hammond Academy of the Performing Arts, Calumet College of St. Joseph, and many more.

Cathay Lexow came out to the parade from Crown Point, Indiana to visit with friends from Hammond and see the parade.

“This is the first chance that we’ve had to come out and do something fun since the weather got cold. I’m here with my daughter and granddaughter, and we are having a blast!” said Lexow.

Also with Lexow was Hammond native Kim Skalba who said that she comes out to see the parade every year.

“The ambience is wonderful,” said Skalba. “It’s really fun to come out here and get some Christmas cheer. It really helps you get into a holiday mood.”

For more information about the Holiday Parade, as well as other events going on around Hammond, visit www.gohammond.com.