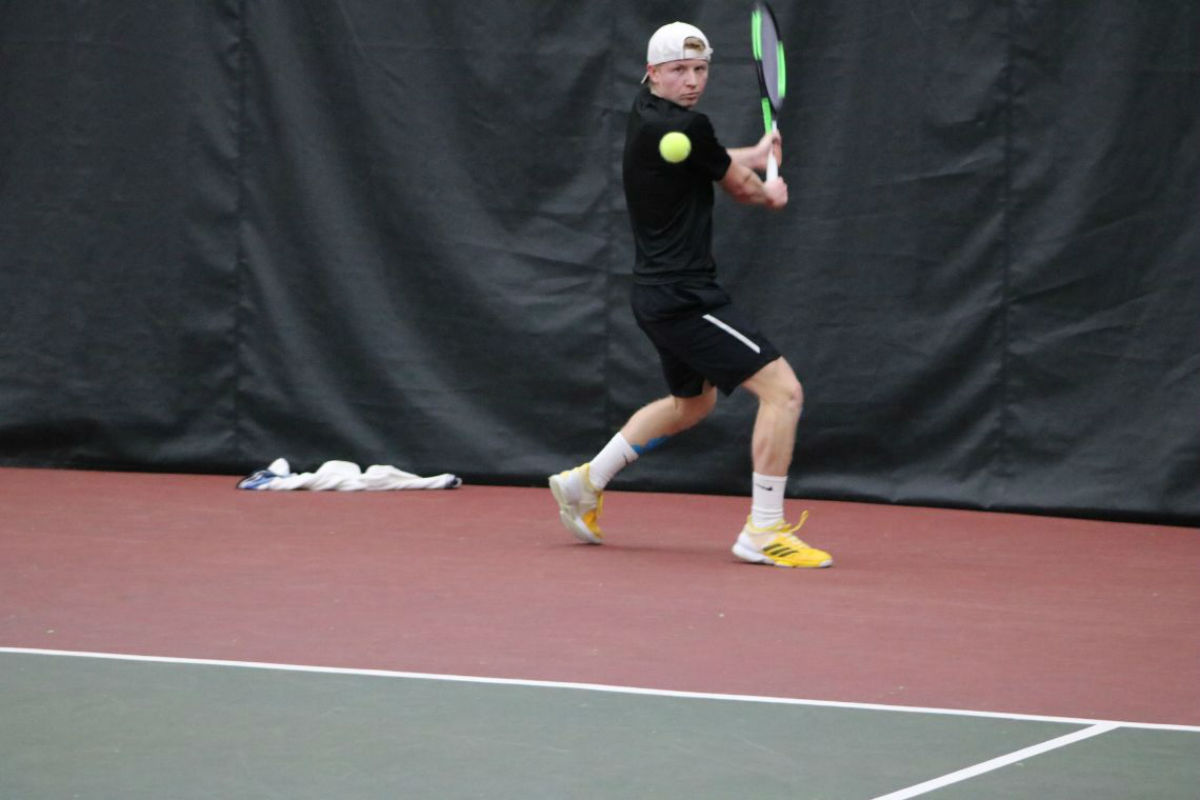 Sophomore Ulf Grosseloh (Maximiliansau, Germany) won his second straight match at No. 1 singles and won his match at No. 1 doubles, but it was not enough as the Purdue University Northwest men’s tennis team dropped a Great Lakes Intercollegiate Athletic Conference (GLIAC) match to Wayne State University (Mich.) on Sunday.

Wayne State took two out of the three doubles matches to go ahead 2-1 going into singles competition.

Grosseloh and freshman Leon Kah (Munich, Germany) were victorious at No. 2 doubles against WSU’s Derek Simmons and Niklas Karcz, 8-3. Grosseloh held off a late rally at No. 1 singles and picked up the victory in straight sets against Wayne State’s Taylor Vane, 6-3, 6-2.

Moldenhauer and freshman Dru Kennedy (LaPorte, Ind./LaPorte) almost pulled off the win at No. 3 doubles against WSU’s Harvey Reed and Potter, but the visitors were able to hold on for the victory, 9-7. Junior Moritz Gisy (Duesseldorf, Germany) and sophomore Mauricio Villacres (Guayaquil, Ecuador) won two games at No. 1 doubles, but suffered the defeat against Wayne State’s Vane and Mertz, 8-2.

Kah fought hard at No. 3 singles almost pulling off the first set, but ended up dropping his match to Griffin Mertz, 7-5, 6-2. Freshman Carter Moldenhauer (Michigan City, Ind./Marquette) nearly pulled off forcing a third set, but Wayne State’s Jason Potter edged him out at No. 6 singles in straight sets, 6-1, 7-6.

Villacres won three games in the first set and picked up two games in the second set, but ultimately fell to WSU’s Simmons at No. 5 singles, 6-3, 6-2. Gisy dropped his match at No. 2 singles to Wayne State's Niklas Karcz, 6-3, 6-1.

Junior Diego Pimentel (Guayaquil, Ecuador) won a game in each of his sets, but was not able to come out on top as Wayne State’s Harvey Reed won 6-1, 6-1.

PNW returns to action on Saturday, March 30, as the Pride travel to GLIAC opponent Davenport University (Mich.) in Grand Rapids, Mich. The conference road match is scheduled to start at 8 a.m. CT.