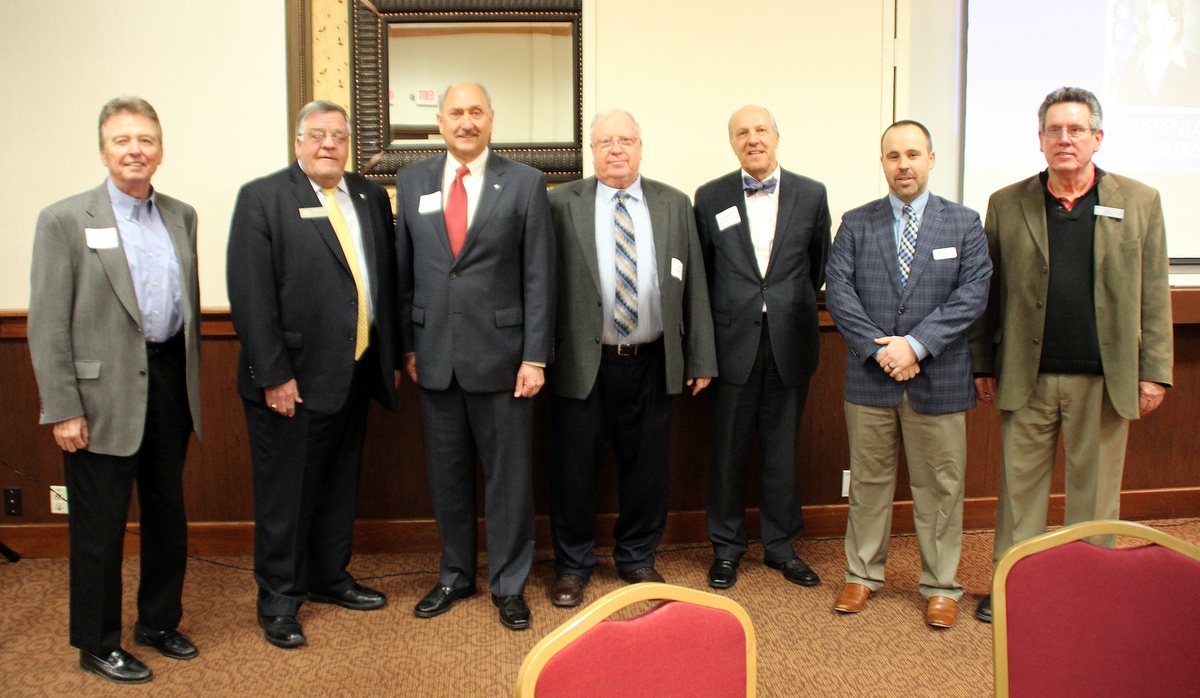 On Friday, the Greater La Porte Chamber of Commerce held their Annual Meeting at the Conference Center of the Best Western in La Porte near Pine Lake. At the meeting, the Chamber of Commerce presented members and guests with their 2015 Annual Report as well as Chamber awards for Ambassador of the Year and Business Person of the Year. Also featured at the event was an address from Representative Jackie Walorski from Indiana’s 2nd District.

“Today is our annual luncheon that’s required by our bylaws to hold an annual meeting and make a report about our activities this year,” said Chamber President, Michael Seitz. “We’re pleased to have Congresswoman Jackie Walorski as our featured speaker here today. In the last year and a half we’ve had the Governor, U.S. Senator Joe Donnelly, and now we have U.S. Representative Jackie Walorski.”

“Jackie is a longtime Hoosier,” Seitz said. “I’ve known her for around 25 years and she is dedicated to her career helping Hoosier families. She’s grateful to serve the people of Indiana’s 2nd District in the 114th Congress where she serves on the House Armed Services Committee, Veteran’s Affairs and the Agriculture Committee. Using some Hoosier common sense, Jackie welcomes the opportunity to work across the aisle to get our fiscal house in order and create American jobs.”

To see more photos from the event, click here.

“I’m just thrilled to be here,” said Rep. Jackie Walorski. “There’s just been so many dynamic things that have happened all over this district but especially in La Porte County. With the job growth, the investment and the technology and manufacturing we’re just leading the way. I’m thrilled to be here and this is a real precarious time. There’s a lot of issues and a lot of things going on but I really do believe all of you leaders in this county are to be commended. I just want to say thanks because we are all in this battle together. I really do lead the way in Washington with a lot of Hoosier common sense because that’s what we do in Indiana.”

In speaking about the Chamber’s annual meeting, Seitz said, “This is a way of keeping our members informed of what’s going on with their government and the Chamber. Over the last year we’ve received the 5-star accreditation from the United States Chamber of Commerce It’s the highest level you can get and we’ve worked hard on that. We’ve also worked to do the things we said we were going to do in our program of action.”

The prestigious honor of a 5-star accreditation puts the Greater La Porte Chamber of Commerce among the top 1% of Chambers nationwide. “We should all be extraordinarily proud of this milestone achievement,” said Seitz. “It was a true team effort but special recognition should go to Vice President Rita Mrozinski for her countless hours and contributions she made to the accreditation process that led us to achieve the 5-star rating.”

At the luncheon, the Chamber honored two of their members with awards for their outstanding work done in 2015. First, the Ambassador of the Year Award was presented to Kristi Chadderdon, who as a member of the Ambassador’s Committee, visits existing and potential members of the business community to make sure the Chamber is doing all they can to improve the economic climate in La Porte.

The Business Person of the Year Award was presented to Tera Grinnell from Alcoa Power and Propulsion. In speaking about receiving the award Grinnell said, “I am part of a larger team that partners with the community and we try and do the best we can to have a positive impact in the community.”

To find out more about the Greater La Porte Chamber of Commerce, go to: http://www.lpchamber.com/