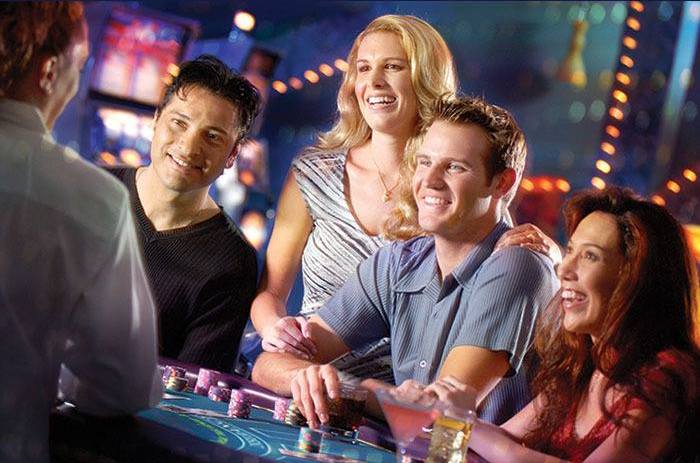 Blue Chip presents Free Fallin: A Tribute to the Memory of Tom Petty on Friday, April 6 at 8 pm CT in the Stardust Event Center. Tickets, starting at $10, go on sale Saturday, March 3 at 10 am at ticketmaster.com or the Blue Chip Gift Box.

Tickets are on sale now for the 8th Annual Blue Chip Brewfest, the ultimate beer tasting event, to be held on Saturday, May 5. Ticket options include the Brewmaster pass for $99, featuring a luncheon with Josh Deth, owner of Revolution Brewing; the $75 VIP pass, which includes access to additional beers from noon to 2 pm; a $45 General Admission ticket for sampling from 1:30 pm to 5 pm and a Designated Driver pass for $15 with complimentary specialty soda and water.

For all events, guests must be 21 or older, with a valid state or government issued photo ID.

On Fridays in March, our DJs will help you dance the night away at It’s Vegas Baby! starting at 10 pm. On Saturdays starting at 10 pm at It’s Vegas Baby!, see Top This Band on March 10, My Sister Sarah on March 17, Match City on March 24 and Killer Flamingos on March 31. There’s a $5 cover charge on Friday and Saturday nights. Celebrate your inner Van Gogh with Wine and Canvas at 5:30 pm on Tuesdays, March 6, 13, 20 and 27.

March at spa blu
It’s the Lucky You spa special in March with the Royal Hawaiian Blu Massage for $112 ($125 value). This traditional Hawaiian massage utilizes long, flowing and rhythmic strokes combined with joint mobilization to increase lymph flow and mobilization. Other specials include a manicure and pedicure for $100 ($115 value) and 20 percent off KPS Organic facials. Offers are valid Monday-Thursday in March, one discount per person. Call 888-879-7711 ext 2583 to book an appointment today.