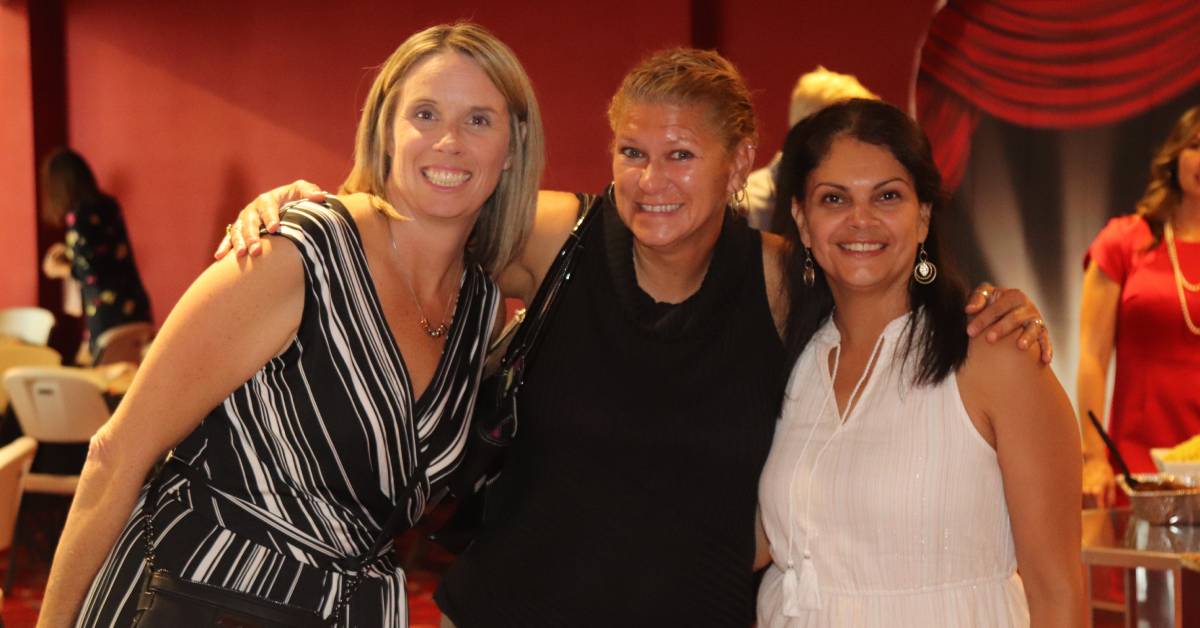 Girls on the Run of Northwest Indiana supporters walked the red carpet at the 2019 Lunafest fundraiser at the Portage 16 IMAX on Thursday night. Lunafest is a traveling short film festival put together by the Luna nutrition bar brand to showcase women filmmakers and their films.

“Girls on the Run is a national organization and our mission is to inspire girls to be joyful, healthy, and confident. We use a curriculum that integrates running,” said Jill Schlueter-Kim, Executive Director of Girls on the Run of Northwest Indiana. “[Luna] has a nice partnership with Girls on the Run so they let us use the films for free and we use it as a fundraiser.”

The event had nine short films slated to run. While there was a wide array of styles and genres, all of the films were about women and made by women. This aligns well with the mission of Girls on the Run.

"We have tried a couple of different venues in the past and as a committee wanted to make this fundraiser more successful than last year. A theater seemed like a great option,” said board member Amy Stevens. “We liked the idea of glamming this year's fundraiser up and  decided on "Walk the Red Carpet to LUNAFEST"  to promote the traveling film festival, the films, the filmmakers and, of course, Girls on the Run NWI."

Before the films were shown, there was a small banquet in the upper floor of the theater’s lobby. Meditrina provided food for the event with cupcakes for dessert from Chef Nick. During the reception, various raffles and silent auctions were taking place with an assortment of items to be won, many offerings being sourced from local businesses.

“We are really excited to be here at the Portage IMAX. It’s a really nice space for the event,” said Mari Hahn, Girls on the Run board member. “We are excited to have a great turnout of people and to raise money for Girls on The Run.”

All of the proceeds from tonight's event go back to the Girls on the Run program, as well as to Chicken & Egg pictures, a nonprofit organization supporting women nonfiction filmmakers.

To find out more information about Girls on the Run you can visit their website https://www.gotrofnwi.org/ .