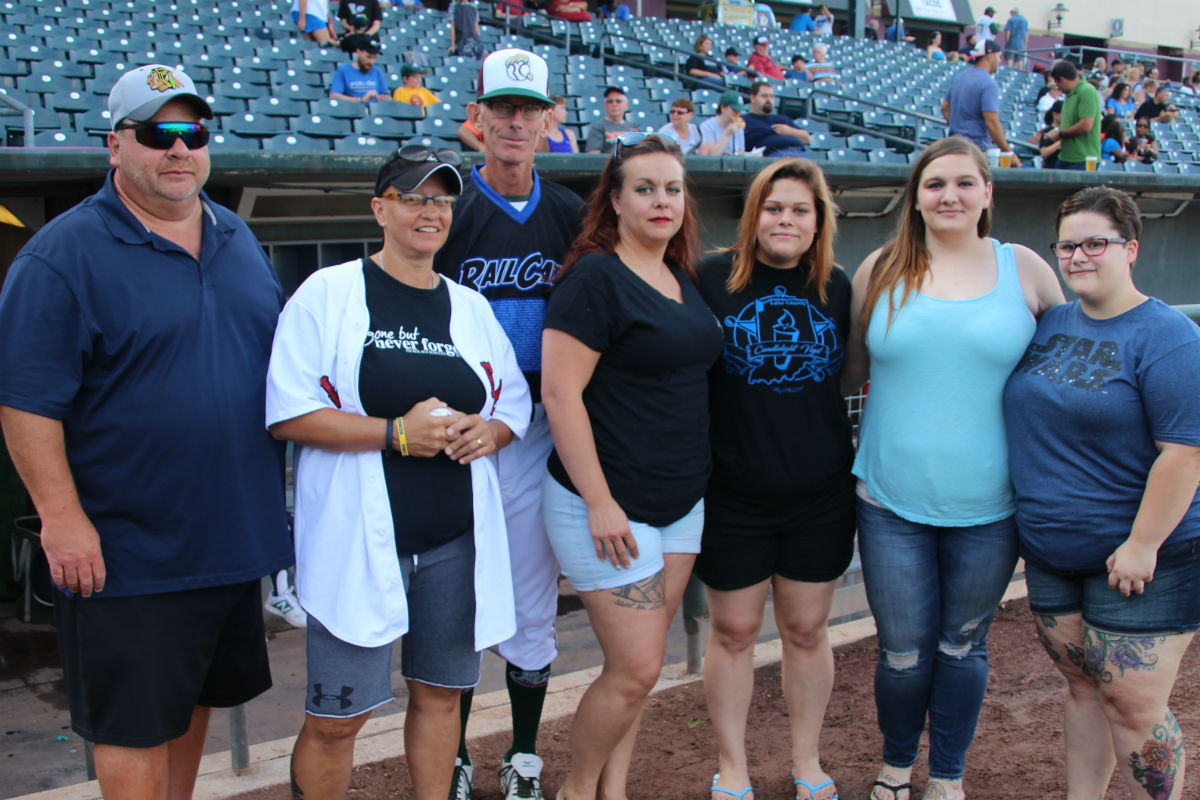 It was all fun and games Saturday night at the Gary SouthShore RailCats game against the Sioux City Explorers, a game the RailCats dubbed “Blue Line Night,” a night where Northwest Indiana Police, their families, and the community could come together and have a fun night at the game while showing appreciation to those who put their lives on the line to keep everyday citizens safe.

The game featured a silent auction where attendees could bid to own one of the jerseys worn by the RailCats team members, all of which featured a special Blue Stripe design with the names of every Indiana police officer that died in the line of duty. The entire proceeds of the auction will go to the Indiana State Police Fraternal Order of Police Memorial Foundation. In addition, several family members of police officers who perished in the line of duty were present to throw the first pitch.

“I was here to represent my son and honor him," said Coleen Schultz, the mother of Nickolaus Schultz, a Merrillville police officer who was tragically killed in 2014. “This is something that remembers him, and he was a baseball player, so we just figured it fit.”

Police officers present were happy to be a part of the festivities and see their hard work honored. While many K9 officers were in attendance, two special K9s were there to put on a demonstration for the crowd with their handlers, Corporal John Artibey of the Gary Police Department and Sergeant Jeff Eldridge of the Crown Point Police Department.

Their canine partners, Nero and Bandit respectively, ran out onto the field to take down another officer in a specially made “bite suit,” a heavily padded suit made to help train K9 officers to take down potentially dangerous criminals. After the demonstration, Officers Artibey and Eldridge were enjoying the positive attention they and their partners were getting.

“To come out and have everyone together like this, as tight-knit as the brotherhood is, to get everyone outside of work and spend time with families is awesome,” said Eldridge.

The K9 officers and their handlers, who have to put in 16 hours of training a month together in order to work, seemed glad to reach out to the community.

“We never see people in their finest moments,” said Artibey. “We’re always there to help when they’re in need. With something like this, we can actually be out there and mingle, and show people that we’re just the same. We’re just the same as you.”

Greg Jesse, a Sergeant with the Michigan City Police Department, was there in civilian clothes to enjoy the night out with his girlfriend and family. “It’s nice to have downtime,” Jesse said, “to be able to relax and hang out.”

David Kerr, Director of Marketing and Promotions for the RailCats helped put together the benefit and was proud of the way it turned out.

“You just have to recognize the job that our law enforcement officers do every day in order to make Northwest Indiana a great place to live,” said Kerr. “These people put their lives on the line and work hard will to ensure that it’s safe, so to take a moment and recognize them and give them a night off and some fun, this is absolutely something you want to do.”

Kerr and the rest of the RailCats organization worked closely with Police to make sure the event went off perfectly.

"Most of the creativity comes from our law enforcement officers, who, when we told them we wanted to do a special night, they told us what they wanted to do out here, so we just followed them,” said Kerr.