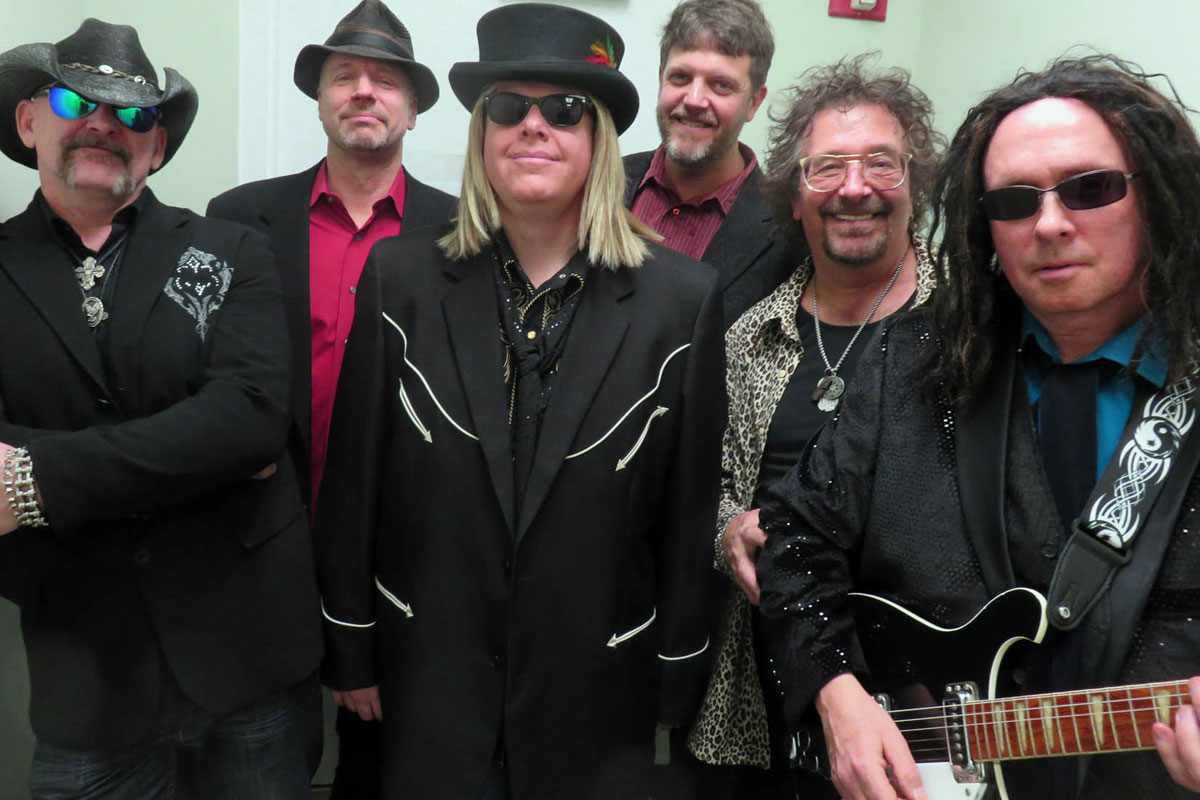 Described as “the soundtrack of the 20th century,” the music of Tom Petty and the Heartbreakers is timeless work. Free Fallin, a tribute band based out of Minnesota, has brought the music of Tom Petty to audiences across the country for 10 years. Their next stop—Blue Chip Casino. Before Free Fallin hits the stage on April 6th, we spoke with the drummer, owner, and manager of the band, Mark Larsen.

NWIL: What makes Free Fallin different than other tribute bands?
I have four players in the band that have been with me since Day One... You get a group of musicians that have been together that long, and you start knowing what the [other] guy’s going to do next. And every once in a while, for whatever reason, we veer away from the way we’ve played a song for forever, and it goes in a little bit of a different direction. And it’s amazing how we all just go there...I’m blessed that I’ve got a world-class group of guys.

NWIL: What does this music mean to the band after the death of Tom Petty this past October?
Well, our current lead singer, Tom Brademeyer, is the biggest fan of all of us. It emotionally hit Tom very, very hard...He talks a lot about how the songs have changed meanings to him. I think that’s a true mark of a very well-written song—one that can mean something different to you than it means to me. And the fact that the meaning might change over time.

NWIL: What can audiences expect from Free Fallin?
I had a guy come up to me [at a Tom Petty show] and say, “Hey, you’re in that tribute band, right?” and I said, “Yeah,” and he goes, “You know the only thing different between what we had here tonight and what we have when we go to see you is the light show.” And I was just flabbergasted by that statement. You know, Petty’s got a million dollars worth of lights and we’ve got about three dollars worth of lights, and he thought our music was just as good as Tom Petty’s—that was a beautiful, beautiful statement.

NWIL: Looking ahead, what changes do you expect and what are you hoping to accomplish?
We’re starting to see a younger audience. We get a lot of these 22 to 30-year-olds that kind of grew up, mom and dad had it on...and all of the sudden, Tom Petty’s dead and they started listening to the music again. And they come to realize that [they’re] never gonna get to see this guy live…

Obviously we love our old customers too! Those fans are great. But we love to see that younger audience. I’m kind of hoping we see more and more of those young people over the years. I want to see that because I want Tom’s music to continue on. It’s a legacy, a beautiful legacy.

NWIL: What should Blue Chip audiences know about Free Fallin before the show?
Even if you’re not a big Tom Petty fan, come and see us. I think you will walk away from the show with a new understanding of his music, and I guarantee that you are going to realize how much Tom Petty’s music meant to everybody. Not just young people or old people, but everybody.

In light of the passing of Tom Petty this past October, there’s no time like the present to ensure that his music lives on. Composed of Tom Brademeyer (vocals/guitar), Mark Larsen (drums), Russ Lund (bass/vocals), Karl Swartz (guitar/vocals), Dale Peterson (keyboards/vocals), and Craig Wolke (guitar/keyboards/vocals), Free Fallin will make their Northwest Indiana debut on April 6th at the Stardust Event Center at Blue Chip Casino. Through dedication to their craft, their fans, and the music, the band will continue the legacy for generations to come.