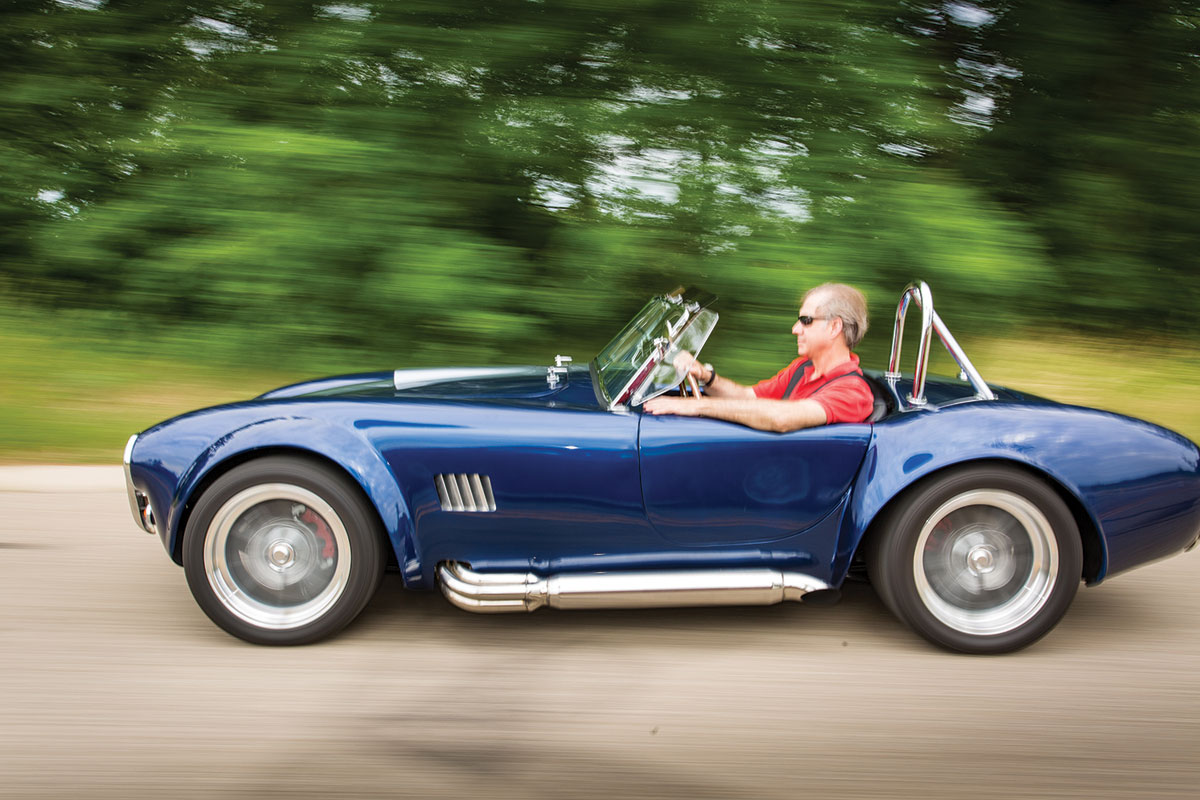 Charles Tattersall, MD, is moving in the fast lane, both in his 26-year career as a vascular surgeon and in the replica sports cars he builds.

Dr. Tattersall, who has spent the last 13 years with Franciscan Health Michigan City and its Woodland Surgical Center, needs to have a steady hand and a lot of know-how as he treats abdominal aortic aneurysms, poor leg circulation, carotid artery disease (stroke), dialysis access and varicose veins. He also has to have a sure hand and knowledge to assemble the intricate, high-performance “kit cars” he has purchased in recent years.

“I had no knowledge of, or particular interest in cars, really, until about four years ago. I saw a ‘build your own car’ ad and I looked into it. Factory Five Racing offers kits to build five different replica cars. I signed up for a three-day course that taught me how to do the build,” he said, adding he received the kit for his first project, a 1965 Shelby Cobra replica, in February 2014.

“It took about a year before I had a rolling car without the body. The car comes as a bare steel frame, a rough fiberglass body, and about 30 large boxes of parts. Ford Racing ships you a V-8 engine in a crate, and you put it all together,” he said, adding, he also did his first-ever body work and paint job, after watching YouTube videos for about a year. The Cobra was completed last summer, after about two and a half years of weekend work that entailed about 1,000 hours. When Dr. Tattersall completed the job, he wanted more.

“I was a little disappointed when it finished, as I was now so used to working in the garage, so I visited Factory Five near Boston. I ordered for a kit to do a '65 Shelby Daytona coupe, and it arrived in January. I am about one-third of the way through the coupe now. I had to add on to my garage in New Buffalo, Michigan, for the new build.”

The similarity between surgery and car-building is the process of diagnosis and problem-solving, Dr. Tattersall said, adding, “Just as in planning surgery, when something in a car system does not work, often the hardest part is figuring out what is wrong. Just as in surgery, there are logical and sequential steps that lead to the best way to correct a problem. Mechanics and surgeons use the same process, just different tools.”

Car building also presents risks for a surgeon. “I do worry about injuries. With the first car, I lacerated my hand. Fortunately, my wife also is a Franciscan vascular surgeon, so we just went to the office and she stitched the wound. I have learned to always use eye protection, and I wear gloves any time I am cutting or welding.”

Dr. Tattersall also enjoys his new endeavor. “Before I got into this, I really had no hobby. I recommend this to anyone who enjoys mechanical things,” he said.