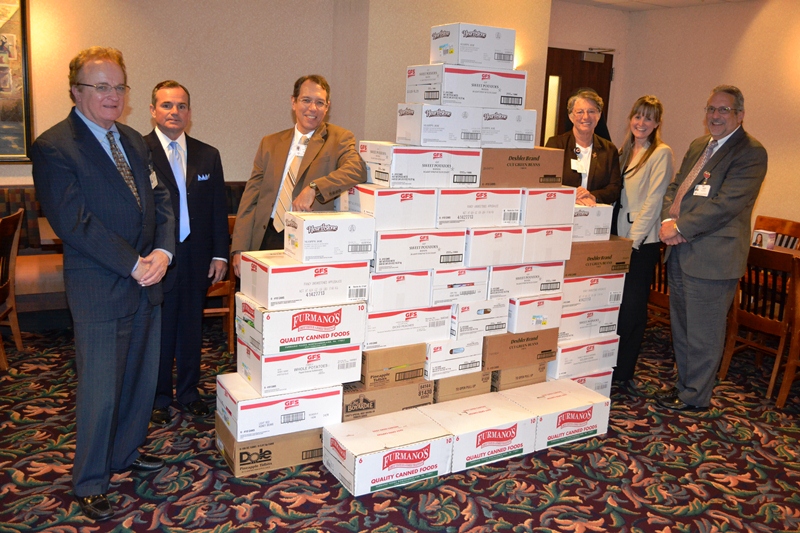 Franciscan St. Margaret Health-Hammond officials recently donated 55 cases of canned food items to be distributed to clients of the First Baptist Church’s City Rescue Mission and the St. Joseph Church Food Kitchen. The items were delivered to the hospital by its cafeteria provider, Michigan-based Gordon Food Services, and later distributed. The donation idea was said to be that of Thomas Gryzbek, hospital president (far right), but he refused to take credit, stating, “It was everybody’s idea – it is just good to help the community.”