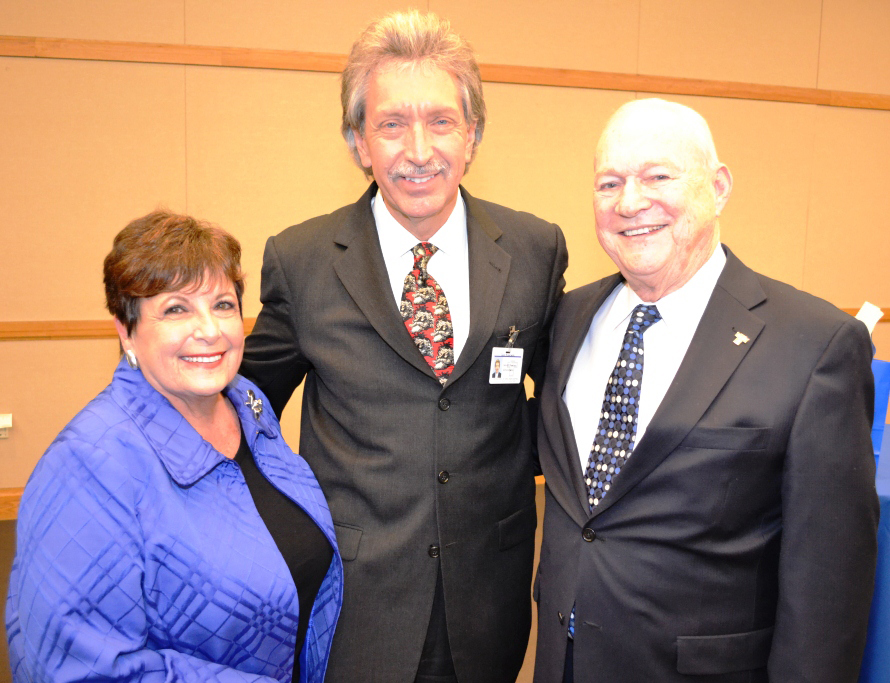 John King, M.D., Franciscan St. Anthony Health-Crown Point vice president of medical affairs, is retiring Dec. 31, after serving with the hospital and in the medical profession for more than 50 years.

To say he will be missed is an understatement.

The Rev. Anthony Janik, hospital Spiritual Services director, who along with King is one of its original staff members from the time it opened in 1974, called him “one of the all-time good guys.”

“He is a man without guile, one who is trustworthy and a good friend, along with a great family man and father. He really will be missed,” Janik said, during a hospital observance for King in December that was attended by more than 200 staff members and friends who formed a receiving line that didn’t end for more than two hours.

Hospital president David Ruskowski said he doesn’t know what the hospital will do without King.

“In my six years here, John King has been a rock, the glue that holds this place together. He does so many things – serves on so many committees and is a valuable member of our management team for overall hospital operations. He sees potential problems and prevents them. He is an expert on ethics, chairing the corporate Ethics Committee. He is kind, joyful and just a glowing example of the Franciscan spirit.”

King, 77, an obstetrics-gynecology specialist who was recruited to form the hospital’s medical staff in 1973, has served in his present position since 1996. 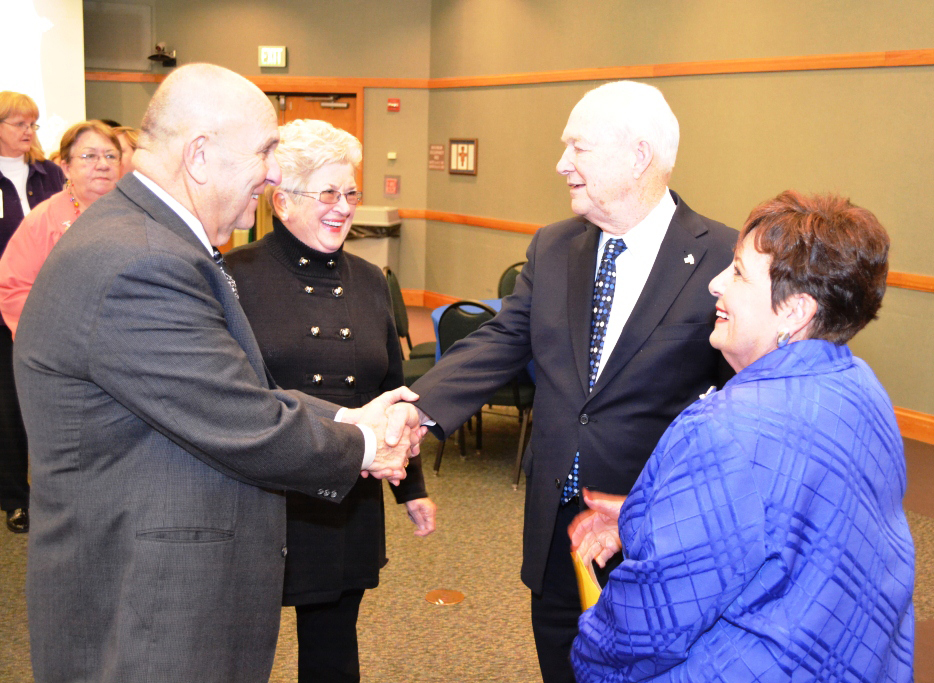 And although he plans to spend more time with Rose, his wife of more than 50 years, and with his family, King says he will maintain close ties to the hospital.

“Rose and I will stay in at our home in Florida for the winter until about May 1. Then I plan to come back home here and do something in a charitable way for the hospital, with its auxiliary or in spiritual care. I also will help Dave (Ruskowski) with the transition of filling my position if needed.”

King, who delivered more than 10,000 babies during his career, says he will most miss the “feedback mechanism” he enjoyed working with patients, physicians and staff members.

“It’s a collegial exchange, everyone is a real person and important, no matter what their job,” he said.

The biggest changes he has seen in health care during his tenure involve the physician-patient relationship.

“Doctors 25 or 30 years ago had a better relationship with patients. It has become more strained over the years because of changes in medicine that have included higher costs and more government interference, most recently with the Affordable Care Act, which has created a bump in the road and put a strain on patients and hospitals,” King said. Patients also participate more in care decisions, with information gleaned from the Internet and other sources, so physicians often aren’t seen as the more patriarchal authorities they once were, he added.

King could have retired years ago, but said it wasn’t time -- he wanted to stay active.

Asked what prompted his recent decision, he replied, “There is a light that goes on that tells you to take a look at the chronological age and see that the window between retirement and terminal activity is getting narrower. It becomes time to step back and hand off the baton to someone younger. But, I am not saying goodbye to the hospital forever. I am shifting gears into the retirement module and will be back in a volunteer or charitable role.”