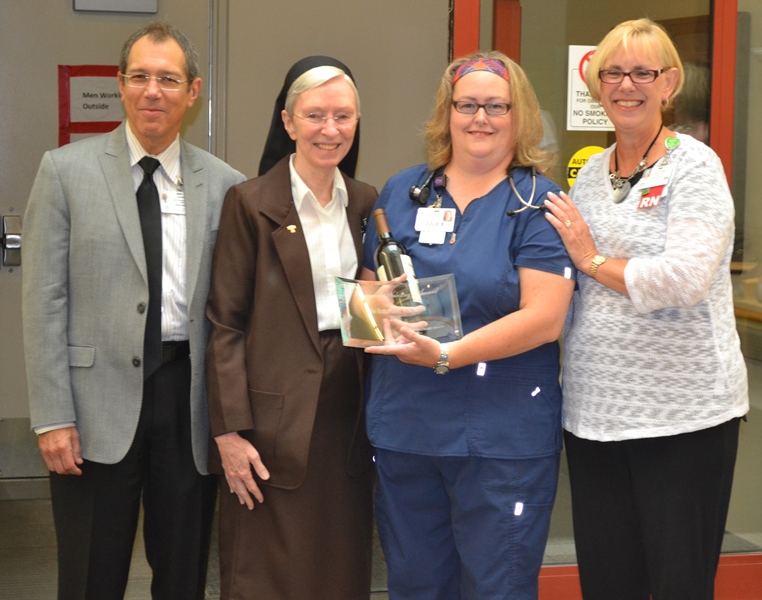 Julie Bottomlee, second from right, a six-year critical care nurse at Franciscan Health Munster, who has been with Franciscan Alliance more than 20 years, recently received a Franciscan Nursing Award 2016 honor during a Nurses Week program at the hospital. Award winners exhibit such qualities as maintaining a strong rapport and teamwork with staff members and physicians, advocating for patients, showing respect for the profession, reflecting Franciscan values, promoting service and hospitality and serving as a community ambassador.

Among nomination comments Bottomlee received, she was called skilled, responsive and a strong communicator, as well as someone who strives for excellence in patient care. Shown with her after she received the award are, from left, Matthew Teolis, DO, interim hospital president; Sister Aline Shultz, chief operating officer; and Linda Kraiko, interim chief nursing officer.