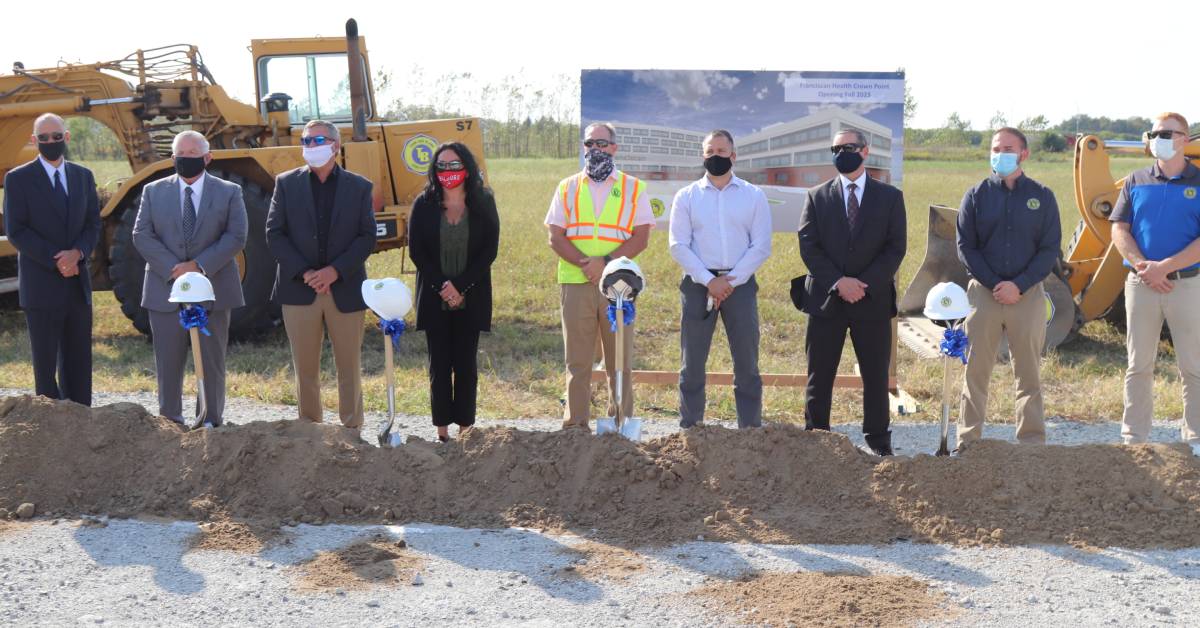 Having first opened in 1974, the existing hospital at Franciscan Health Crown Point has been around for nearly 50 years. After decades of technological advancements in the medical field, it becomes increasingly expensive to update the hospital to fit the standard of today.

With new technology and the growth of south Lake County in mind, Franciscan Health decided to build an additional hospital on its current campus. The new 500-acre site was announced in 2019.

On Thursday, September 24, Franciscan Health hosted the official groundbreaking for the new site. The Blessing and Groundbreaking Ceremony began at 3:00 p.m. with remarks and prayers from leadership staff and city officials.

Robert Blaszkiewicz, Media Relations Specialist at Franciscan, was excited that the hospital is being built on the existing campus.

“We thought that this location at the crossroads of 231 and I-65 was the ideal place to have a new hospital with state-of-the-art technology,” Blaszkiewicz said. “It is convenient and accessible not only for Crown Point, but for the communities in Porter, Jasper, and Newton counties.”

The new full-service hospital will be completed by 2023. In the meantime, Crown Point Mayor David Uran looks forward to the new job opportunities created by the three-year project.

“From the start, you’re talking about construction jobs, building trades, and that is going to put the men and women in those trades to work,” Uran said. “$500 million of construction costs for the upcoming years is going to keep that industry well-employed. That is a valuable commodity for the front end.”

With this new facility, Franciscan Health will boost the local economy, offer the latest medical technology to the community, and create new opportunities.

“This new space is going to have the best facilities for our healthcare professionals,” Uran said. “Obviously, with the University of Saint Francis being here, we’re going to cultivate new, exciting job opportunities for those students to come right here so close to where they’re studying. We really appreciate the commitment that Franciscan has to service Crown Point because they could have made that anywhere they wanted to. Having it here in Crown Point makes my job to promote our city even easier when we have facilities like this being built.”

Blaszkiewicz mentioned that in addition to providing more opportunities for students at the University of Saint Francis, this new project may lead to the opportunity to build a new Catholic high school. Students, medical professionals, and the surrounding community members will all benefit from this new facility in Crown Point.