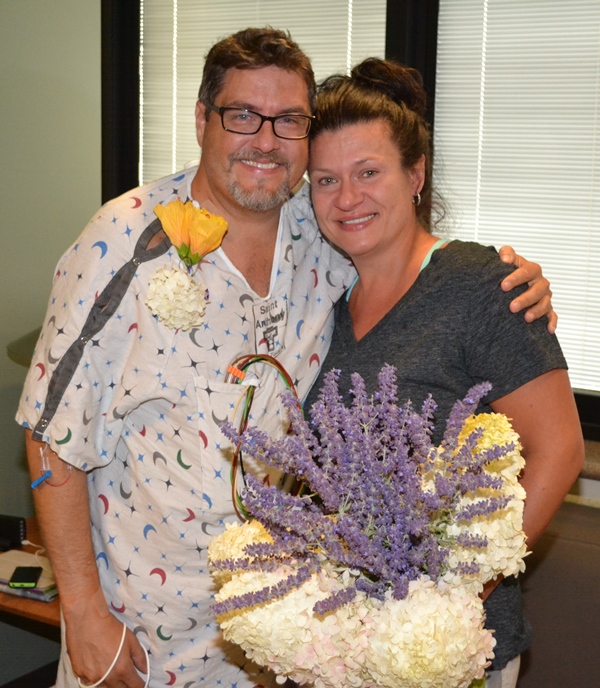 Mike and Danielle Kubiak, of St. John, embrace after renewing their marriage vows in early August in Mike’s hospital room at Franciscan Health Dyer, prior to him receiving successful open heart surgery the next week. The ceremony, attended by family and hospital staff members, was performed by the Rev. Tim McFarland, a hospital chaplain.

The high school sweethearts, both Calumet City, Ill., natives who have known each other since 1993, have three girls, aged 16, 14 and 10. “This is something we’ve wanted to do for a long time,” Danielle said, adding, “We decided this would be a good time to do it to confirm everything, prior to Mike’s recovery.” He is a locomotive engineer for the Chicago-based Metra commuter railroad line.