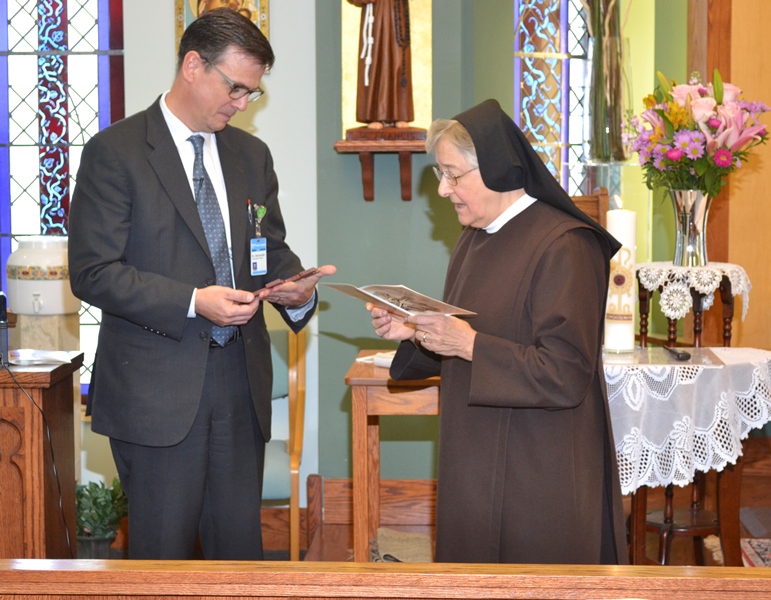 Sister Jane Marie presented to Dr. McCormick a variety of symbols of leadership, among them a replica San Damiano Crucifix, shown here. That cross is said to have spoken to St. Francis at the beginning of his conversion and symbolizes the love and compassion required to lead the hospital in its quality and excellence efforts. Prior to his appointment, Dr. McCormick had served as hospital vice president of medical affairs since 2014.