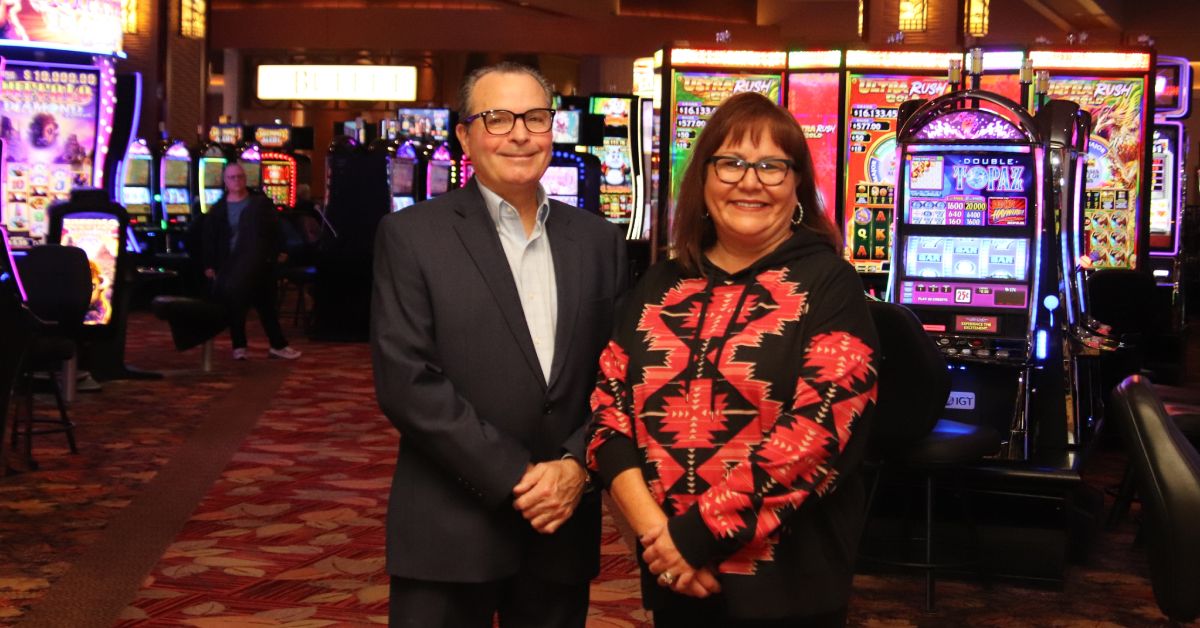 Four Winds Casino in South Bend, Indiana is undergoing a major expansion, turning the casino into a casino resort. The Pokagon Band of Potawatomi Indians and its Four Wind Casinos held a private tour of progress on October 12, 2022.

Frank Freedman, Chief Operating Officer of Four Winds Casinos, conducted the tour and pointed out the many new amenities that will be added to the facility in the future.

The casino will double as a casino resort, which will include a 23-story hotel. The hotel will have 317 rooms, including 83 suites, and will offer guests a spa, lounge, bar, and grille, as well as an outdoor swimming pool on the third floor and terraces with stunning views.

The hotel will have an assortment of rooms ranging from standard rooms to suites, and penthouses. There will also be a separate floor called the “Hospitality Floor.”

“Each of the rooms on the hospitality floor will have beautiful environments,” Freedman said. “They’ll have wet bars, fireplaces, and dining within the room. Two of the rooms will have outdoor balconies that will have water features. That whole floor is also where we will have the Edgewater Cafe restaurant and our outdoor pool complex.”

This hotel offers a unique experience for guests that game as well as guests that do not. There is also a ballroom that is 8,800 square feet which will be used for entertainment as well as private events.

“This will offer us the opportunity to service a lot of non-gaming activities, social events, meetings, conventions, and live entertainment,” Freedman said. “I’m a firm believer that everybody likes to go out and have a good time. Even if you don’t like to gamble, you can come here to a clean and safe environment, have great food, a great show, and a great spa day. It’s like a vacation without leaving South Bend.”

In addition to the expansion, Four Winds will be hiring between 300 to 400 new employees.

“Over the next few weeks, there will be more communication about job fairs and the ability to join our team,” Freedman said. “It’s fun, exciting and we work hard, but we also have a good time together.”

Richards has worked for the government for over 25 years in several various positions before being elected as Tribal Chairwoman. Richards highlighted the importance of giving back and how this expansion will benefit the community.

“The proceeds from this casino not only help the community, but it gives back to the citizens to be able to afford programs, services, and benefits that they receive as a nation,” Richards said. “We hope to provide a service to the community and to anyone that would like to come to this region to host an event of any kind, whether it be a wedding, convention, or work event.”

Richards mentioned that her biggest inspiration is serving her community with the next several generations in mind.

“It is important that we leave behind a legacy and that we leave this community better than what we came into,” Richards said. “Adding these amenities to our South Bend location is exciting; I think everyone in the community or anyone that comes to South Bend for an event at Four Winds will be really surprised at how spectacular the project is going to be.”