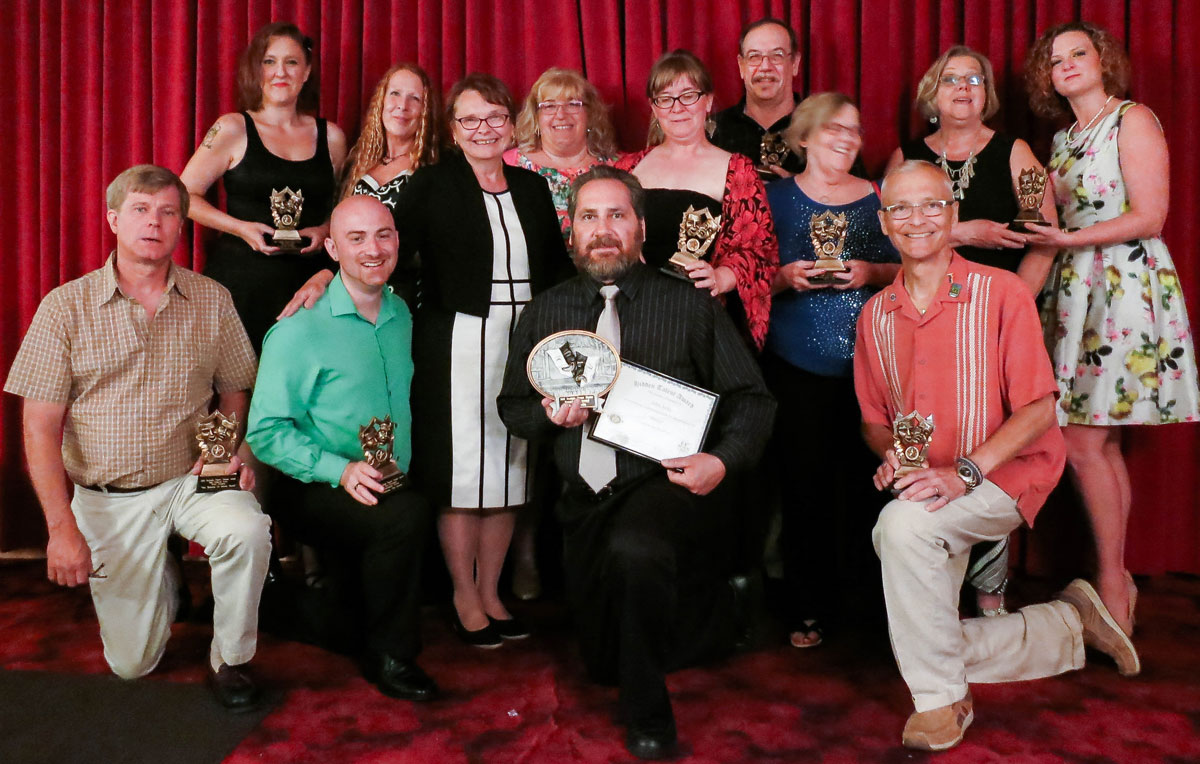 Footlight Theatre is proud to announce its 65th season award winners, as selected by Footlight's viewers. The winners were honored at the theater's ninth annual awards banquet Saturday, July 25.

Laura Meyer was selected to join Footlight's Hall of Fame for 2015. Footlight president Robert Komendera selected vice president John Avila for the 2015 President's Award, praising Avila's dedication to working in all aspects of the theater. "In the three years he has been involved, he has given us unconditional friendship and touched our lives in many ways," Komendera said.