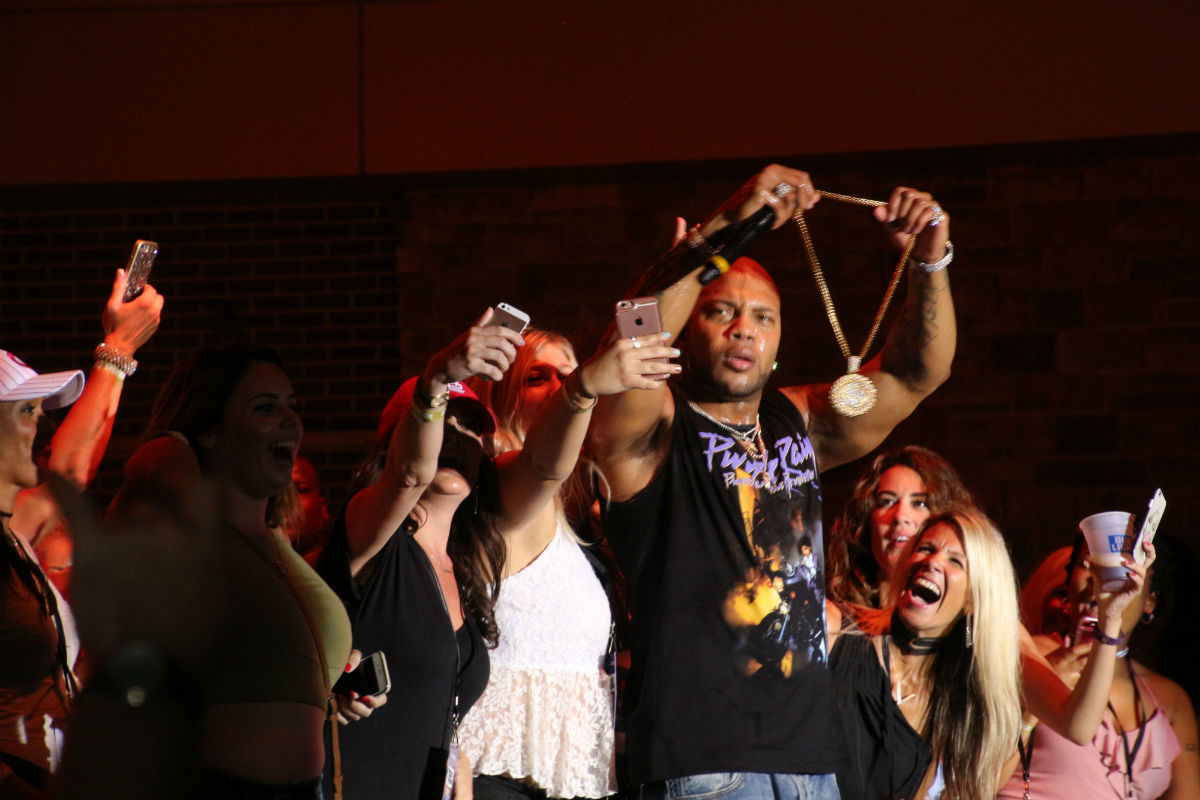 Festival of the Lakes continued to bring fun, energy, and excitement to Hammond on Saturday as the Pavilion welcomed Liptak, Twista, and Flo Rida to its stage. Famous for his chart-topping hits “Low” and “Right Round” among others, Flo Rida got the audience hyped and even brought some fans on stage as he proved to be a showman that could match the Hammond crowd’s energy.

With a beautiful venue, tons of activities, and free performances by a variety of famous musicians, the over a decade old festival is a point of pride for Hammond. Residents from the region and beyond came to enjoy the show and were greeted by an enthusiastic Mayor McDermott, whose voice was cracking from days of shouting at the event.

“Thank you all so much for coming out,” started McDermott, before throwing dozens of shirts to the crowd. “We’ve got everything to offer, let’s have some fun!”

Every performer was abound with energy, but Flo Rida got the crowd really rolling while on stage. While performing “Low,” he invited a large number of fans on stage to dance, threw roses to the crowd, and dipped his microphone over for the audience to sing along. The crowd was more than happy to match his energy with their own, jumping, dancing, and rapping along.

Flo Rida might have been the headliner but Twista, famous for his incredibly fast rapping and appearance on “Slow Jamz” got the crowd just as pumped up. Also featured was local rapper Liptak, who kicked things off early in the evening. There’s more to the festival than the concert though, the food and rides drew in almost as many as the music.

“I’ve been living in Hammond for a while, so we see the event every year,” said Zoë Origel, a Hammond resident. “It’s really cool that they do this for free, we’ll definitely stay for the concert.”

Families wary of diving into the crowds around the concert definitely did not lack for things to do. Popular activities aside from the music included face painting, carnival rides, games, and an endless supply of fair food to dig into. Gwendolyne Valles, a friend of Origel’s offered her perspective on the festival.

“I think it’s really important,” she said. “It’s so family friendly with all the rides and stuff. It’s entertainment, you know, it draws people in.”

Sunday is the last day of this year’s festival, so it’s not too late to get in on the fun. No less than five bands will be performing tonight, including Banda Cuisillos, Veloz, Grupo Klonadoz, and headliner Intocable. All concerts are free, and there’s plenty of space to lay down blankets, chairs, and coolers to enjoy the evening.