The cracks of plastic bats against Wiffle balls sounded as emergency workers from both Michigan City and La Porte filled the scene at La Porte’s Cummings Lodge T-ball Field. Inspired by the Guns & Hoses Foundation of North Texas, Family

Advocates hosted its second annual Wiffle Ball Tournament. The sports event acted as a fundraiser for Family Advocates, an agency focusing on assisting families and children in at-risk situations.

While last year featured four teams, this year’s tournament expanded into eight teams featuring police departments, fire departments, the sheriff’s department, and the Department of Child Services. While EMS was unable to make it, a team of youth players were assembled in order to compete in Wiffle Ball as well. Many of the children were excited to play against real-life heroes of the community.

Former member of the Family Advocates Board, Nate Loucks, is the emcee and provides the music at the event. Although he retired from his three-and-a-half year reign as president of the board, Loucks never retired from being a public servant. Loucks’ enjoys seeing the workers in emergency services able to share positive experiences with each other.

“This staff does such great work every day. Typically, when first responders are together, it's usually involves tragedy, so it's fun to get them together for an event where there is no tragedy and trauma,” Loucks said. “They are friends, they know each other and work together, so, it's great to see them out here having fun, building their camaraderie while helping to support Family Advocates and the important work they do in our community."

La Porte Mayor and husband of Family Advocates CEO Jackie Dermody, Tom Dermody attended in support of his wife and the organization. He believes the Family Advocates Programs including CASA, Supervised Visitation & Exchanges & the Community Youth Advocate Program, are not only vital to the community but also to children and families involved in the programs.

In addition to wanting to support Family Advocates, Tom Dermody was excited to attend and support the La Porte Police Department, who took home the Battle of the Badges Trophy.

“There's a big rivalry between La Porte and Michigan City. We love working together, but between the lines, the city of La Porte has expectations of winning and that's why we're excited,” said Dermody. “We've got the big trophy. The La Porte Police Department brought it home this year and we expect to keep it in La Porte for a while.”

CEO Jackie Dermody and Mayor Dermody would also like to thank the Health Care Foundation of La Porte (HFL) for their ongoing support and and funding of Family Advocates and their programs as well as their continued dedication and commitment to the health of the residents of La Porte.

“The Health Care Foundation of La Porte funds so many important programs in our community. I can't imagine what La Porte would be without the HFL,” Dermody said. “When you look at our walking trails and variety of initiatives they've supported to make La Porte a healthier community, their impact is undeniable. Health isn't only physical but it includes mental health as well and supporting our residents that need that help and support.”

For more information about Family Advocates, consider their website: https://lpfamilyadvocates.com/. 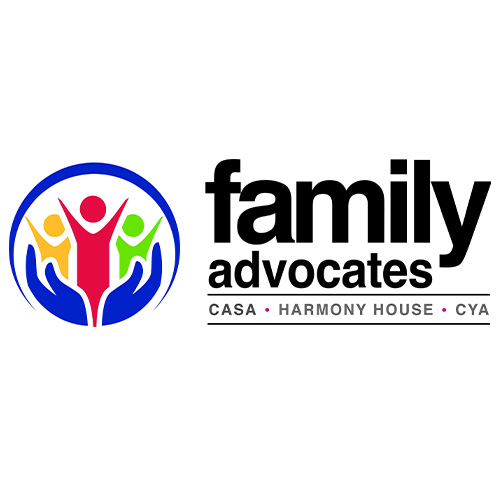