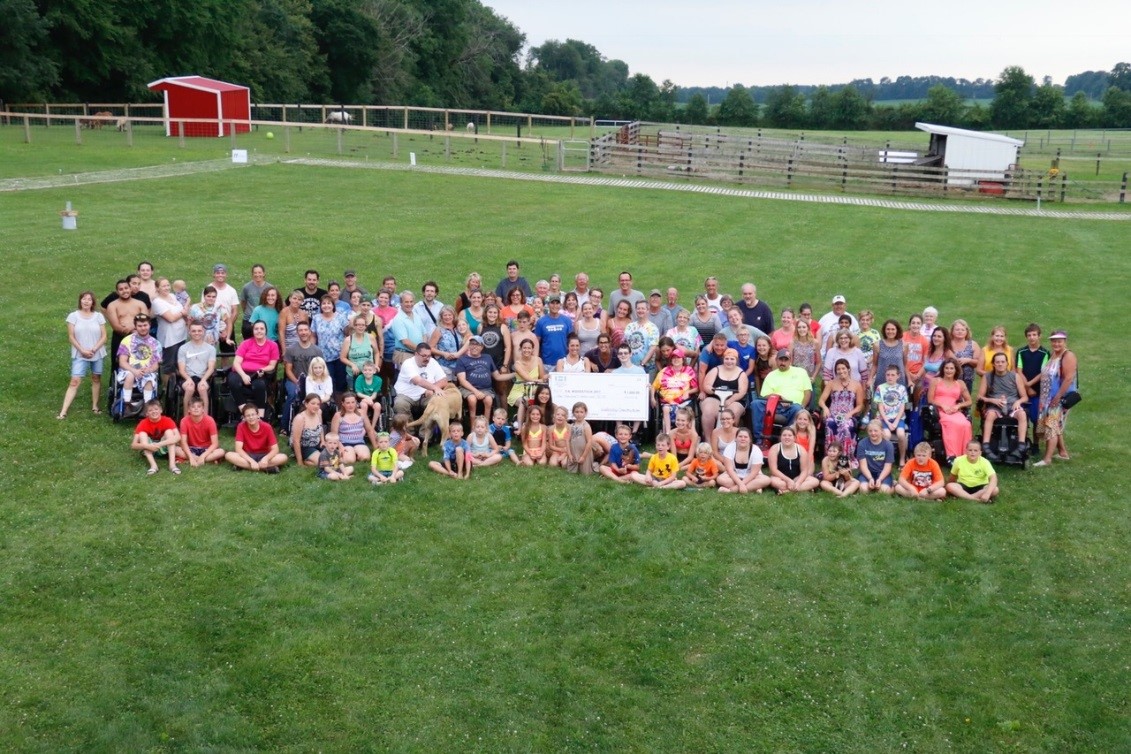 FA WOODSTOCK, an annual event dedicated to raising awareness of Friedreich’s ataxia (FA), a rare degenerative neuromuscular disorder, brought together 120 people of all ages together to share their experiences of dealing with the disorder that remains one of rarest in the U.S.

The event, now in its eighth year, is a proudly grassroots affair. Originally conceived by Tom and Paula Hook as a way to build a strong community for “FA’rs” and their families, FA WOODSTOCK grew from bringing about 30 people together in 2010 to four times that size. This month, the event, which takes place at the Flying H Ranch, a 20-acre horse ranch run by the Hooks, gathered FA families from as far away as France and England and as nearby as Chicago. This year, 25 volunteers from all across northern Indiana, as well as sponsors like Holladay Construction Group, helped make FA WOODSTOCK a success.

“We continue to host FA WOODSTOCK because we believe it gives these kids, and also the adults, a real community,” said Paula Hook. “One of the most painful side effects of FA is that it tends to isolate the person from other people. FA WOODSTOCK reverses that and shows them they are part of a community that loves them for who they are.” 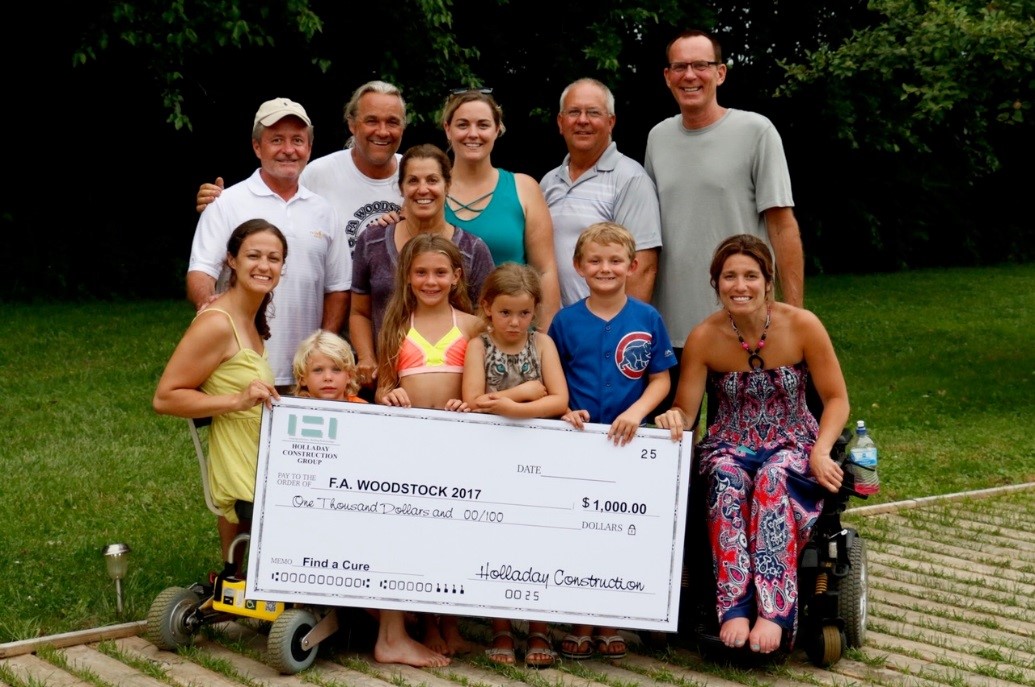 FA affects about one in 50,000 people in the U.S. FA WOODSTOCK works in partnership with the Friedreich’s Ataxia Research Alliance (FARA), an advocacy group outside Philadelphia that raises money for research. As reported in The Washington Post last year, FARA uses FA WOODSTOCK as an opportunity to pull blood, DNA, and cell culture samples to enter into a global registry that will help clinical trials.

In the meantime, the event is dedicated to fun: Fishing, tie-dying T-shirts, swimming, horseback riding, games, and more. There were also readings of A DAY IN MABEL’S PAWS, a children’s book published this year by Kati Hook who was diagnosed with FA when she was 19. Besides raising awareness of FA, the colorful book shows how a positive mental attitude and creativity can help FA’rs lead a full life.

“We know first-hand the struggles that FA creates in families,” said Tom Hook. “But we also know that there is strength in numbers. Our family is now part of the wider FA family, and by using FA WOODSTOCK as an annual meeting place, we will continue to help families go through this together.”

About FARA
The Friedreich’s Ataxia Research Alliance (FARA) is a national, public, 501(c)(3), non-profit, tax-exempt organization dedicated to the pursuit of scientific research leading to treatments and a cure for Friedreich’s ataxia. FARA's Mission is to marshal and focus the resources and relationships needed to cure FA by raising funds for research, promoting public awareness, and aligning scientists, patients, clinicians, government agencies, pharmaceutical companies and other organizations dedicated to curing FA and related diseases. Visit curefa.org.

About Friedreich’s Ataxia (FA)
Friedreich’s ataxia (FA) is a debilitating, life-shortening, degenerative neuro-muscular disorder. FA is an inherited or single gene disorder. Mutations or DNA changes in the FXN gene cause FA. About one in 50,000 people in the United States have Friedreich's ataxia. Most individuals have onset of symptoms of FA between the ages of 5 and 18 years. Adult or late onset FA is less common, representing less than 25% of diagnosed individuals, and can occur anytime during adulthood.