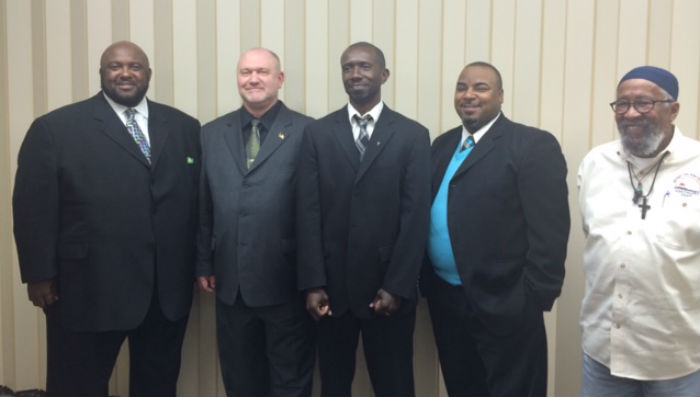 The Community Resource Center initiative, a project of the city’s Commission of the Social Status of American American’s Social Factors and Neighborhoods sub-committee, had been in the works for about a year, but took a significant step forward during the week of September 29 as churches opened their doors during the evening hours to provide computers, copy machines and other resources for job seekers in Michigan City.

“We hope people will use these centers to get assistance in job seeking and other educational needs,” said Marty Corley, chairman of the Social Factors and Neighborhoods sub-committee. “We specifically wanted to bring resources to the community during non-traditional times, times you may not be able to get to the library or Grace Learning Center for assistance.”

The centers are now open at churches that serve areas where walkability and biking is possible. Open from 5-9 p.m., each church serves the community on a different night of the week.

“We’ve been networking with the Pastors in the community to try and be a unified voice,” said Rev. David Ashley, Pastor at Redeemed Fellowship Church - the first church to open its doors for this purpose on September 29. “When we decided to be amplified voice for community, we wanted to connect with social leaders to create these resource centers. We thought it was a great idea and going to be awesome for the community.”

Ashley and Corley are joined by two other pastors, Damon Carnes and James Lang, as well as Kristen Patterson from the Grace Learning Center and Allen Williams of Safe Harbor on the Social Factors and Neighborhoods sub-committee.

“It’s a wonderful time in Michigan City to be able to do this,” Ashley said. “I’m glad a lot of our parishioners are getting involved with social issues like this. For the city to shine as a whole, social and civic leaders need to come together to address a community problem, and that’s what we are doing here.”

Arthur Payne Jr., chairman of the Commission on the Social Status of African-American Males - a 13-member commission with members of several organizations looking to address needs for black males in the areas of education, jobs, health, employment and general neighborhood issues - , said getting the churches on board first was imperative if this program is to succeed.

“We will reach a lot more people working with churches than we would otherwise,” he said. “This is just beginning of other projects we’d like to work with churches to benefit Michigan City as a whole. Churches have been the ideal vehicle to utilize in trying to reach people.”

In addition to providing materials like computers, internet and copiers, Payne says the resource center initiative will soon look at offering resume training, tutoring and holding health and finance workshops.

Ashley said a recent statistic showing 11,000 residents of La Porte County currently without a GED is alarming. Numbers like that often lead to higher crime rates, he said.

“We are trying to make the community as a whole better, and if just some people take advantage of this opportunity to learn more about computers and sure, it really will help change that,” he said.

A generous donation from Mayor Ron Meer helped jump-start the program, with money from the city’s Mayoral Ball in February going toward the purchase of laptops.

“Right now we are just getting everything setup, but as this gets moving; we’d like to see more participation from the community,” Corley said. "We are getting the word out now, but we realize sometimes things we know are good for the community might take awhile to catch on.”

Eventually, Corley says, the plan will be the include more churches so more than one can be open on a given night so all Michigan City neighborhoods can be included every night.

“All these churches are committed to keeping these resource centers open to the community, and we hope more will jump on board soon,” he said. “Once we get all the churches working together, the sky is the limit. Organizations working together to work for a common cause opens the path for bigger and better things.”