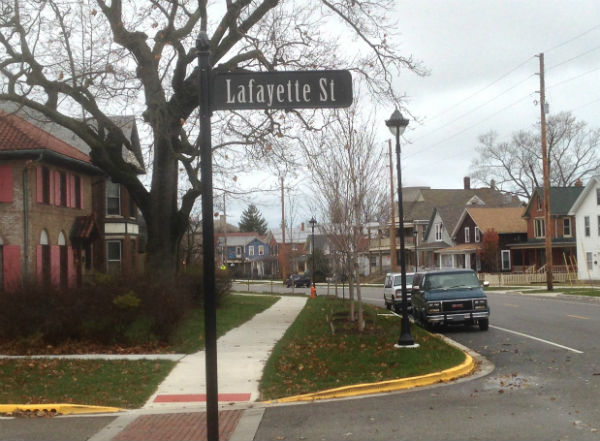 The City of Michigan City received official notice today that the Elston Grove Historic District has been listed on the National Register of Historic Places.

The Redevelopment Commission working in conjunction with First Ward Councilman Richard Murphy and consultant Kurt Garner applied for the nomination earlier this year. An official legal notice was published today making the designation official. The listing on the National Register gives national prestige to the neighborhood and offers important financial incentives including a 20 percent investment tax credit for historic renovation.

The Elston Grove Historic District recently completed a $9 million neighborhood rehabilitation project which included new streets, sidewalks, sewers, 450 native trees, neighborhood gateways, and historic lighting and signage. President of the Redevelopment Commission Ken Behrendt said Thursday upon hearing of the designation, "The designation of Elston Grove on the National Register strongly positions the neighborhood to attract investment. This has been our goal all along, to revitalize, and make this a neighborhood of choice."

Murphy said he was ecstatic upon hearing the news.

"The success of the Elston Grove Historic District is the result of true collaboration," he said. "The city worked with the neighbors toward a collective vision and this vision has been realized. I can't say enough about the passion and hard work of these residents. Today is a great day!"

Elston Grove is Michigan City's oldest residential neighborhood and was built at the height of Michigan City's railroad industry. The streets are lined with Victorian, Italianate, and Craftsman homes built between 1860 and 1920. The neighborhood is walking distance from Lake Michigan, downtown Franklin Street, Trail Creek Marina, and the 11th St. South Shore Line to Chicago and for these reasons has been considered a vital part of Michigan City's downtown revitalization strategy. The Franklin Street and Haskell-Barker Historic Districts of Michigan have also applied for designation on the National Register and are expected to be listed in 2014.

Consultant Kurt Garner, who was hired by the city to prepare the applications, commented on the rich history of Michigan City, "Michigan City's historic districts tell an important story, and this story can be leveraged for economic revitalization," he said.