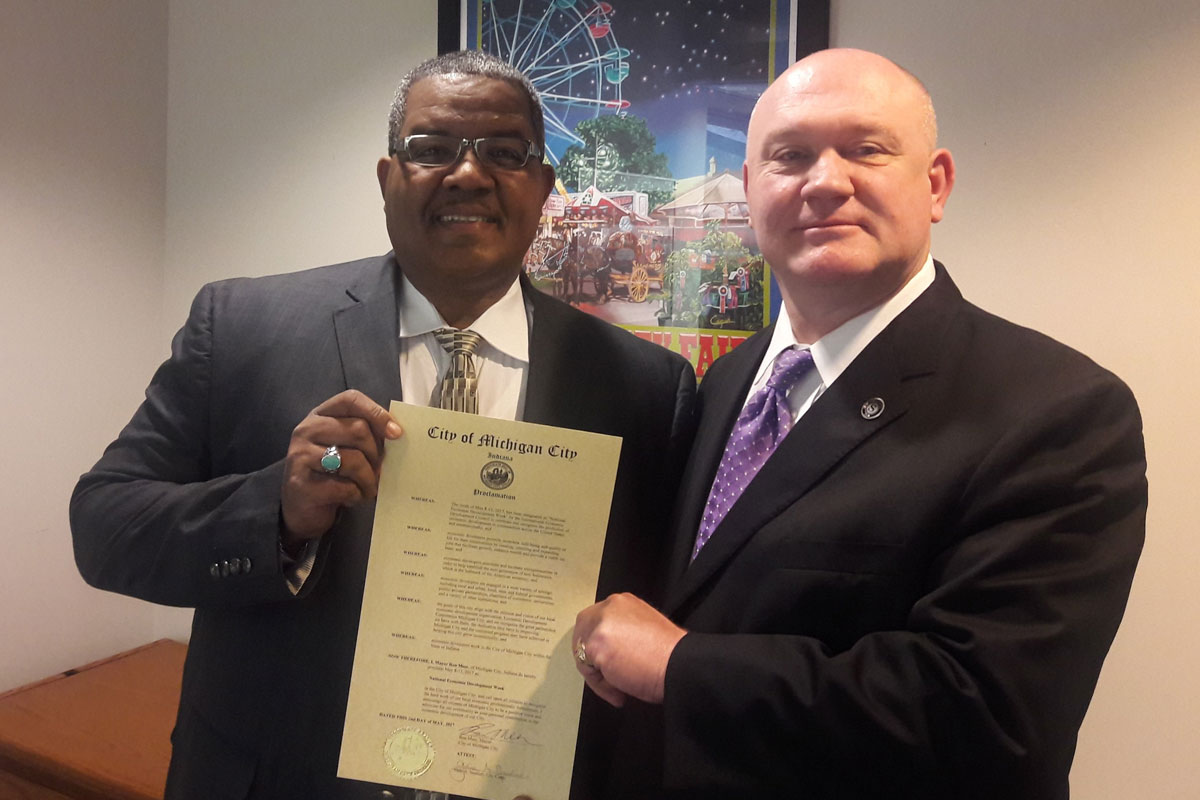 The week is being kicked off with an official Michigan City Proclamation signed by Mayor Ron Meer on May 2, 2017 that recognizes May 8 – 13, 2017 as National Economic Development Week in Michigan City. “We appreciate the support from the Mayor and from the City of Michigan City. Our partnerships in the community enable us to provide the best service possible to existing and new business,” stated Clarence Hulse, Executive Director of the EDCMC.

2017 will be the second consecutive year Economic Development Week was coordinated by IEDC. This is the first year the EDCMC is participating in the celebration. During National Economic Development week the EDCMC will be coordinating a social media campaign to share information about the EDCMC’s development efforts. The organization will post daily on their Facebook page, @EDCMichiganCity, stats and fun facts about development in the area and about the organization. Each day, May 8 – 12, there will be one trivia question posted for a prize. Check the EDCMC Facebook page daily for your chance to win.

To learn more about Economic Development Week, visit IEDC online at www.iedconline.org/edw or search #EconDevWeek #EDW2017 on social media to follow along.