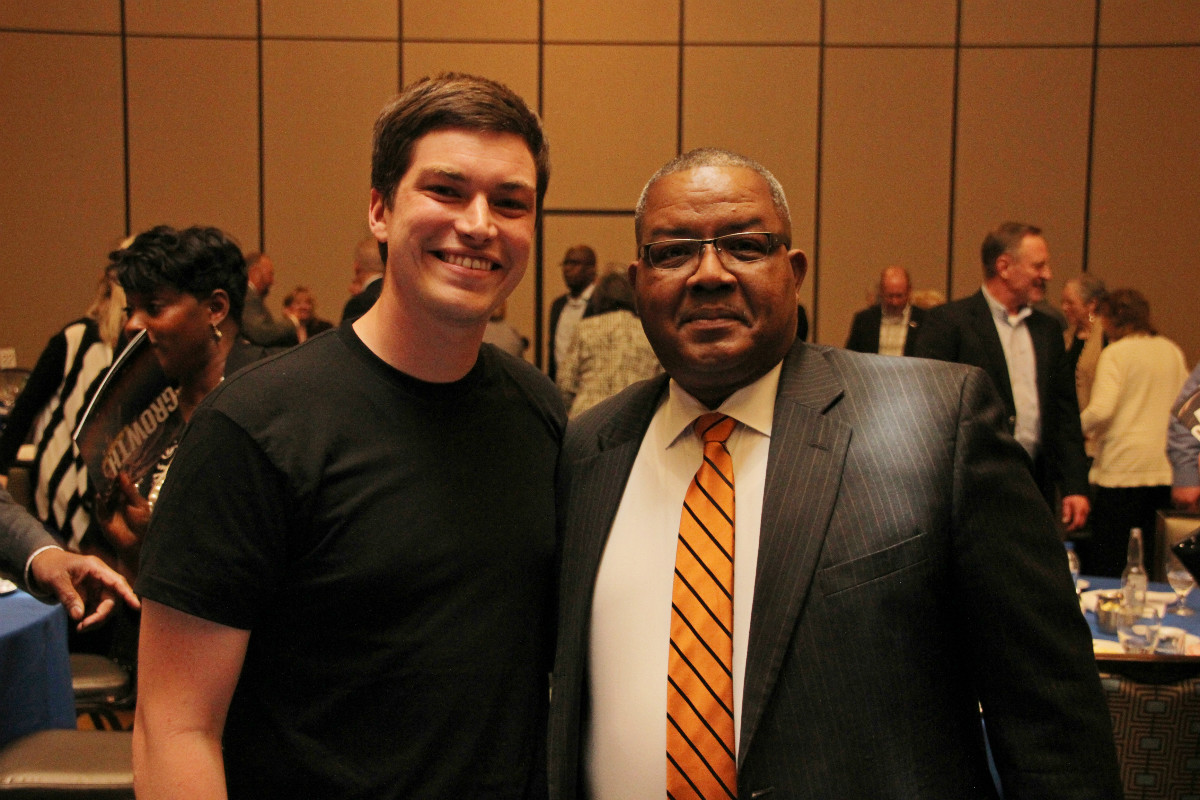 On Thursday, the Economic Development Corporation of Michigan City held their 2016 Business Investment Awards at the Blue Chip Casino’s Stardust Event Center where local businesses and organizations gathered to honor those private entities who are making a difference in the community with their recent and continued investment.

The Economic Development Corporation of Michigan City holds the Business Investment & Anniversary Awards every two years to celebrate and show their gratitude to companies who have invested their time, resources and manpower into Michigan City. The 23 awards recognize companies for investing in the city from over the last two years to those who have been strong supporters of the community for decades.

“This is our 2016 Business Investment Awards dinner and we are celebrating companies that have made investments in Michigan City over the last two years and we’re also celebrating companies who are recognized for special anniversaries in 2016 and 2017,” said Kim Ramsey, Assistant Development Director at the Greater La Porte Economic Development Corporation. “It’s been a great year and we’re looking forward to much success in the future.”

Hosting the night’s celebration was EDCMC Board Chairman and Director of Economic Development with NIPSCO, Don Babcock. Babcock can always be counted on to lift the enthusiasm of any event he hosts, and on Thursday evening he continued that tradition.

“Michigan City is on the rise!” said Babcock. “I’m so proud to be a part of this city and live in this city. Tonight we’re going to celebrate good companies and people who are helping us get to the next level and I know that if you’re in this room, you’re very much one of those people.”

“These are companies who have made a commitment to Michigan City,” Hulse said. “Michigan City is a vibrant, business friendly community that’s creating a sense of place so we can attract more companies and new residents. We’re improving our education system, our waterfront and our downtown. Michigan City’s on the move and we want to continue to grow in a very positive manner for the future.”

“One of the highlights of tonight is that we have a great speaker, Emerson Spartz, who is a La Porte County native who has done very well and has come back to talk about social media and how that can affect your business today,” Hulse said. “There’s a number of people here from the 20-40 age group and we want to make sure that they are going to be partners with us and as the old saying goes, ‘it takes a village to raise a child,’ well, it takes a village to make a community great.”

Emerson Spartz is the Founder and CEO of the Chicago-based companies Dose and OMG Facts, one of the world’s fastest-growing digital media companies.