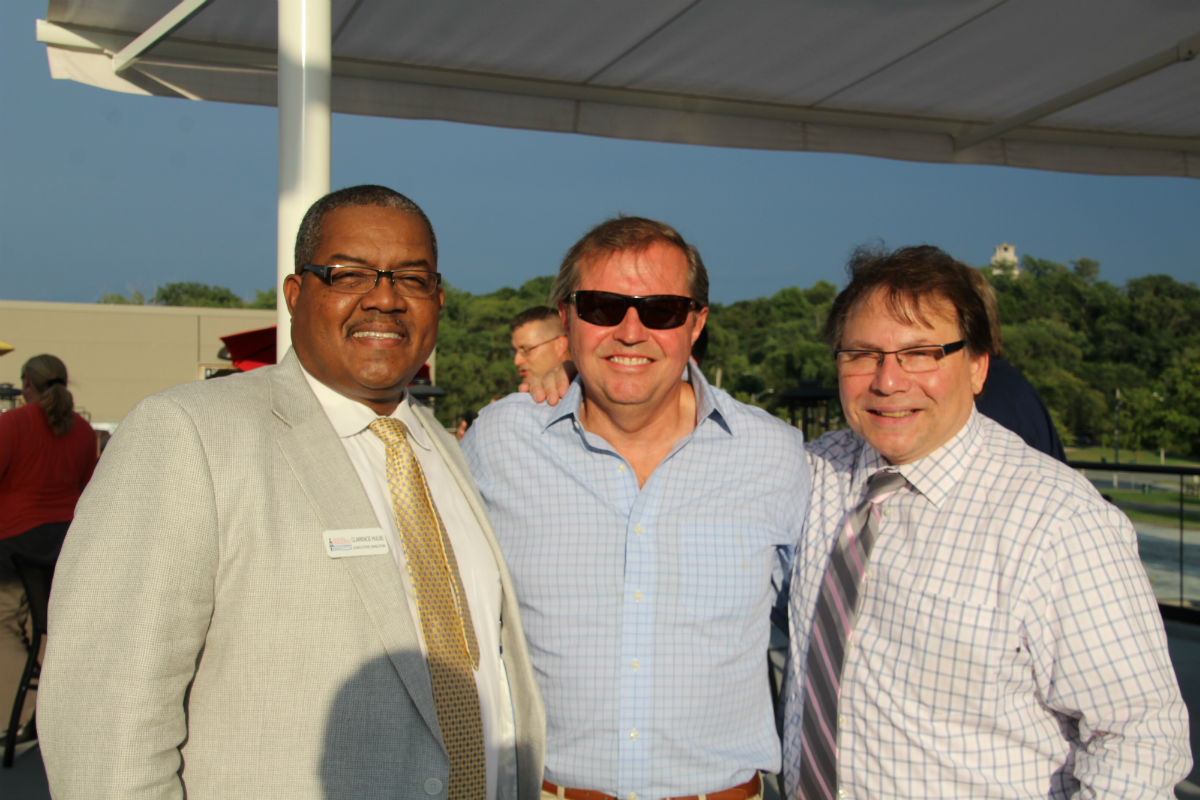 Thursday night, Michigan City’s Economic Development Corporation, along with the Chamber of Commerce, hosted their annual Business After Hours event on the lakeshore at Fire & Water. Among the invited were many business professionals as a way to interact with each other and network, as well as relax and enjoy themselves.

“It's the perfect location and not a lot of people have been here before so it's been great,” said Michelle Hyland, Office Administrator at EDCMC. “Along with the great weather, we couldn’t have asked for a better turn-out. We were expecting 50 and, now that people are here, I’d say we could expect 70.” From the look of this event, things seem to be growing. Built in 2015, this is Fire & Water’s first whole summer being open and welcoming the community.

Clarence Hulse, Executive Director of the EDCMC, came forward to talk about the evenings event and the productivity of 2015 and the growth that they’ve seen and expect to see in the future.

"This gives us a chance to hang out, chit chat and have fun," Hulse said. "It's a great way to create some new networks and make some friends."

Strengthening community bonds, participating in educational opportunities, contributing to a decrease in unemployment rates and partnerships with businesses in the community, as well as new contacts throughout the nation, add up to this lakeshore city gaining the recognition it deserves.

Making sure to give a special thanks to all of their supporters and investors that make this type of event happen, Hulse said, “We have great partnerships in this room. Bankers, Purdue Northwest, Ivy Tech, Michigan City Schools, industry leaders; we always look forward to working with you and we value your service.”

As for expectations for the future, Hulse stated, “We’re expecting quite a few large potential expansions this fall. There have been plans that have been put on the table, now we’re just waiting to hear back.”

Along with not only improving the Michigan City area, a real game changer for this city is the impact of the Promise Scholarship. The Promise Scholarship is an opportunity for students where the city can pay for a student to go to college for four years, technical school or a certification. This not only provides a child with a wonderful opportunity but causes people to look at Michigan City as a place for new opportunities.

“Michigan City is definitely turning around, you see the work being done on the North End, we’re improving the walk-ability of downtown, attracting more restaurants, looking to put a new plaza downtown, and opening up the art and film galleries. Within the next two to five years, we’re looking to do a lot of landscaping work and the goal is to have sidewalks from Highway 20 to Interstate 94. We’re really trying to improve the aesthetics so when you drive into town, you say wow!”

To find out about more, contact Economic Development Corporation at http://www.edcmc.com/