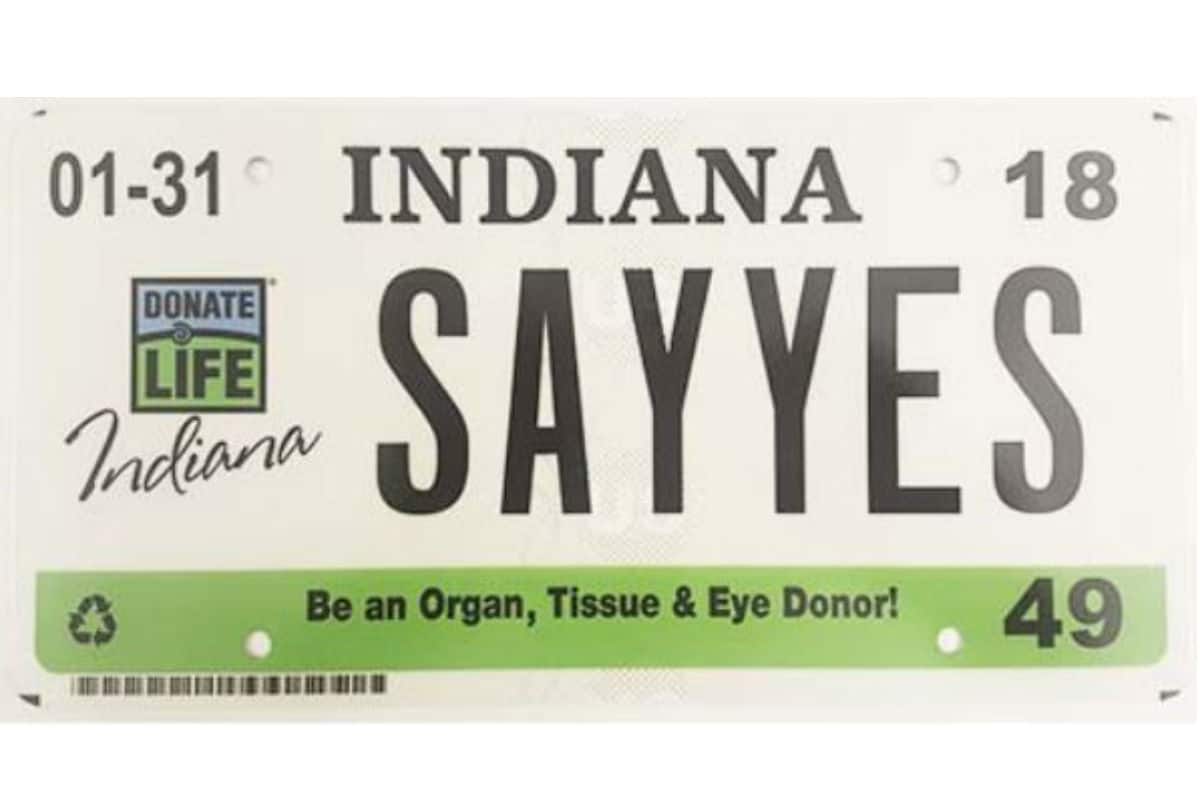 Currently, more than 113,000 people nationwide and 1,300 people in Indiana are awaiting life-changing organ and tissue transplants. April’s Donate Life Month is a special time to honor those donors and their families that said yes to donation.

Franciscan Health, Gift of Hope and VisionFirst are working together to honor organ and tissue donors and transplant recipients during this month-long celebration. Franciscan Health will hold Donor Remembrance Celebrations in Dyer and Crown Point. These celebrations will provide opportunity for members of the media to hear from local people whose lives have been touched by organ, tissue and cornea donation.

In Dyer, a Donor Remembrance Celebration is set for 2PM, Friday, April 26 at the chapel at Franciscan Health Dyer, 24 Joliet Street. Before the celebration, a donor registration drive will be held from 11AM to 1PM in the hospital cafeteria. In Crown Point, a Donate Life Program will be at 9:45AM, followed by a Mass and Donor Remembrance at 11AM, Monday, April 29 at the Corpus Christi Chapel at Franciscan Health Crown Point, 1201 S. Main St. A donor registration drive will be 12-12:30PM outside the hospital cafeteria.

Sister Marlene Shapley, Franciscan Health vice president of mission integration, will speak in both Dyer and Crown Point about her brother Donald, who died of a brain aneurysm in 2014 and was a registered organ donor. Sister Marlene notes that at all Franciscan hospitals, “Brahms’ Lullaby” plays over the PA when a baby is born. But Franciscan Health Crown Point also plays “Amazing Grace” to acknowledge an organ donor. Hearing it reminds Sister Marlene of the act of generosity and kindness that her brother provided.

Also at Dyer, Vicki Walker of Chicago will speak about the importance of having a conversation with your loved ones about organ donation. When her daughter, Nikki, was 14, she noticed on Walker’s driver’s license that she was an organ donor. “She was a very smart girl, very analytical, and when I explained it, she said that made sense.”

When Nikki got her driver’s license she became an organ donor. Then, nearly four years ago, 18-year-old Nikki was brought to the hospital after an accidental drowning. Knowing Nikki’s wishes convinced Walker that her daughter’s organs should be donated. Nikki’s heart, kidneys and lungs were donated and two of the recipients were direct donations to family friends who were matches. “She was my only child and we were best friends. It was a hard decision but I knew it was the right decision. I had to honor her wishes,” Walker said

Tiffany Fliszar-Riviera will speak at Dyer about her work with a donor group and her experience with her father’s donation. Fliszar-Riviera, currently a health unit coordinator and telemetry technician at Franciscan Health Munster, previously worked a year for Indiana Lions Eye Bank retrieving cornea donations from all over the state. That organization is now called VisionFirst and Fliszar-Riviera said she learned the value of such work. “It wasn’t just for people. It was for science and research. That cornea makes a big difference to a lot of people.”

When her father passed away suddenly in 2014, Fliszar-Riviera was aware that he always wanted to be a donor, but as someone with a heart condition, she wasn’t sure he would qualify. He was able to donate his skin, which Fliszar-Riviera learned was given to soldiers being treated for burns. The fact that her father, who was a history buff, was now helping soldiers made a big difference for her mother.

In Crown Point, Mike Papineau of Lakes of the Four Seasons will tell the story of his father, who spent four hours a day doing in-home dialysis before receiving a kidney transplant. “It gave my mom her husband back. It gave me and my two sisters their father back,” he said.

Papineau said his father’s quality of life after the transplant was “off the charts.” He went on to serve as a village trustee in Midlothian, Illinois, and did outreach for the Illinois secretary of state’s office, doing organ donation events with members of the Chicago Bears and White Sox. A chance meeting at one of those events led to his father meeting the family of his kidney donor. Afterward both families met and kept in touch. “It’s a pretty incredible relationship you can form through a sad circumstance for one family, but an extraordinary circumstance for another family,” Papineau said.

Learn more about organ donation and register to be a donor in Indiana at DonateLifeIndiana.org, giftofhope.org or visionfirst.org. Donors can also register at any Indiana Bureau of Motor Vehicles facility.

About Gift of Hope
Gift of Hope Organ & Tissue Donor Network is a not-for-profit organ procurement organization entrusted by the nation’s health care system with coordinating organ and tissue donation and providing donor family services and public education in Northwest Indiana and Illinois. Gift of Hope works with 180 hospitals and serves 12 million residents in its donation service area. Gift of Hope has coordinated donations that have saved the lives of more than 25,000 organ transplant recipients and improved the lives of hundreds of thousands of tissue transplant recipients.

About VisionFirst
VisionFirst is committed to the restoration of sight through its core values of quality, teamwork, innovation, passion and integrity. Founded in 1959 by the Lions of Indiana, the organization has been recovering, processing, evaluating and providing sight-saving corneas for those in need. VisionFirst provides a full range of transplant services as well as research tissue and training services for medical professionals in the industry. VisionFirst’s highly-skilled, knowledgeable staff works to provide the highest-quality eye tissue to surgeons across the country.