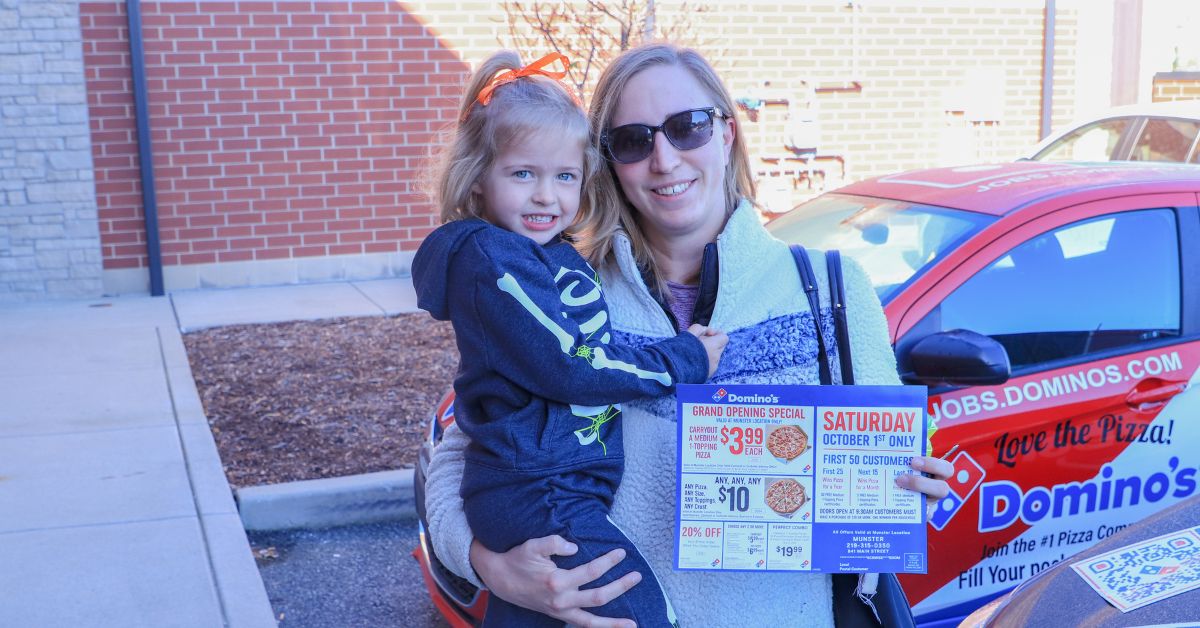 Domino’s made the decision to come to Munster after many in nearby towns were inquiring about a new store they’d like to see in the area. This prompted the Domino's staff to take action, and they began looking for the location that would soon house the well-loved pizza franchise.

“We have been getting a lot of feedback from people in the town in Hammond about needing a Domino's in Munster,” said Domino’s District Manager Jessica Blanton. “I relayed that message to the owner, Jim Gronemann – I gave him some cool ideas, and he said he was going to look around at stores.”

The winning location ended up being 741 Main Street, just down the road from Centennial Park and other popular local landmarks. This location in particular makes it easy to access from all parts of town, as it sits near many busy roads and highways nearby as well.

“I think it was just the perfect opportunity as far as being close to where Route 30 is,” Blanton said.

To add to the excitement, Domino’s held a special promotion for the first 50 customers who made a minimum $10 purchase at the new location.

Many were eager at a chance to win, with some coming out as early as 2 and 3 a.m. to reserve a spot in line. By 8 a.m that morning, lawn chairs flooded the side of the building. Around 50 people in total had arrived, bundled up with coats and blankets in the cold hoping to claim their special prize.

One hopeful customer was Junaid Siddiqui, who attends Indiana University Northwest. With the atypical schedule that comes with being a college student, having the option of free food at almost any time of day would be quite convenient.

“It's kind of hard to pass up,” he said. “I would mean a lot. I'm a college student, who’s hungry all the time, and since I have a lot of late classes and such, having the free pizza would mean a lot.”

While it took some time for the store to open its doors to the public, the day finally arrived and was an exciting moment for all. Opening a new location is always a fun time full of many firsts, and Blanton noted she’s looking forward to seeing how this looks for the Munster store.

“It's very exciting,” she said. “It was a process, obviously because of COVID and everything, so it took a little bit longer. But it's really exciting to see new faces, and because obviously, prior to this, we didn’t even have a store in Munster.”

Being located in a highly populated area full of local communities and other businesses also gives Domino’s the opportunity to serve others around them as well, something the franchise always enjoys doing.

“We always aim to serve everybody at once, so it's a great opportunity, I think, for even places such as Community Hospital down the street. We're always here to help the community and do events and such to help out their business as well,” she said.

Blanton herself has been with Domino’s for 15 years and has always enjoyed the positive, upbeat, nature of the company. She hopes for others to experience this as well, as the store is currently hiring for a few different positions.

“I love the environment and the culture in the business, being a friendly business that’s flexible and open to both part-time and full-time opportunities anytime,” she said.