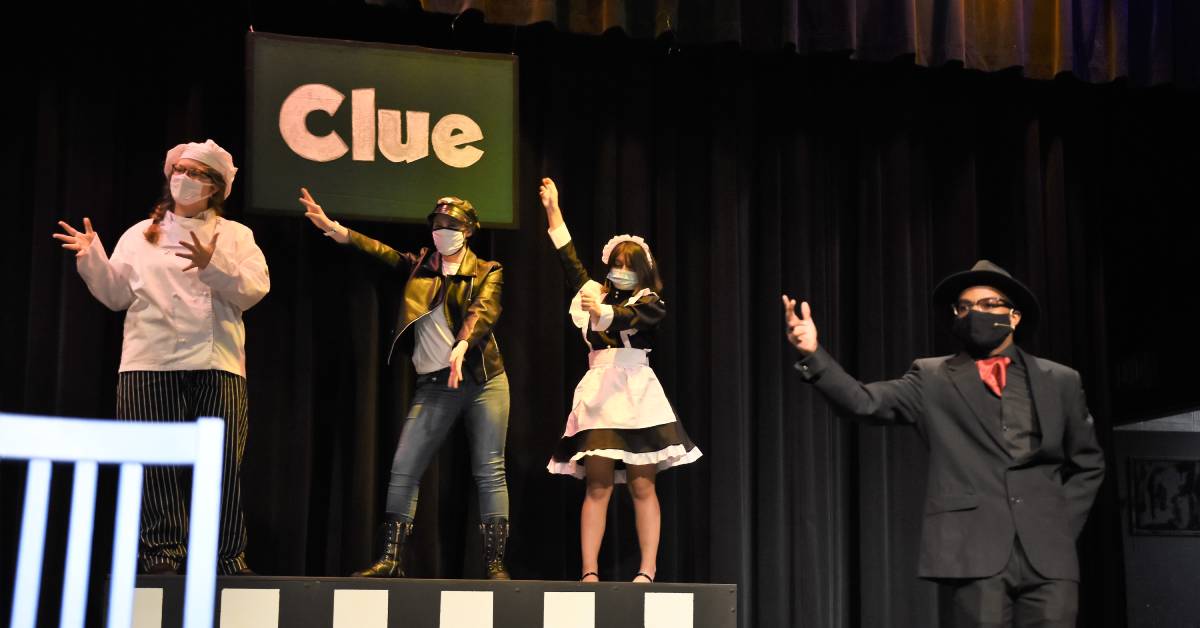 Since the middle of March, COVID-19 has thrown a wrench in the normal onslaught of public activities, but schools and theatre companies throughout Northwest Indiana refuse to let the spirit of theatre dwindle. Theatre arts are all about creativity, and theatre groups in the Region have proven that through their unique solutions to keep theatre going.

Here are a few previous and upcoming performances that have fought to keep theatre alive since the start of the pandemic.

On November 13 and 14, MTC and WWTC hosted a joint night of virtual one acts. The one acts included “They Eat Sunshine, Not Zebras,” “Scarlet Expectations of a Drowned Maiden and Two Greek Queens,” “Hero Zero,” and “Meet the Roommates.” With both theatre groups deciding that hosting a virtual event would be the best option for them, they decided to take advantage of the platform and showcase talent from both groups during a time when many people are seeking live entertainment opportunities from the safety of their homes.

“First, we picked one-acts because they are very easy to not only produce live on stage, but also in a streamed setting,” said Director Ray Palasz. “Secondly, because the Indiana Thespians canceled the one-act play competition this year, the middle and high school troupes each wanted to pick one show that was of competition caliber. Both ‘Hero Zero’ and ‘They Eat Sunshine, Not Zebras’ both fit that requirement. The most challenging part of working on developing theatre for streaming is the emphasis on audio. We have been working over the past few weeks on how best to capture the cleanest audio feed so that our viewers will be able to fully enjoy the shows.”

Learn more about the combined efforts of MTC and WWTC here.

With Victorian-era costumes and courtroom setting, CPHS students were able to bring “The Trial of Ebenezer Scrooge” to the stage November 18-22. In order to perform safely in-person, the audience was limited to two guests per student. Director Kit Degenhart was committed to implementing the necessary precautions to allow students to perform on the school stage.

“It really came down to social distancing from a staging standpoint,” he said. “I had to pick something that didn’t involve kissing or hugging, fighting or conflict, or anything that would keep two people in close quarters. For me, that meant a courtroom setting. I love the playwright Mark Brown, and I stumbled on this title, read through it and it had me laughing, engaged, and it’s heartwarming. It checked all the boxes and would allow me to social distance.”

Read more and view photos of the performance here.

“The War of the Worlds” - Portage High School (PHS)

Opting to take the broadcasting approach, PHS recorded Orson Welles’ famous radio show, “The War of the Worlds.” Virtual tickets were available in the form of an access code, and the event was live streamed November 20-22. With social distancing in mind, Theatre Teacher and Thespian Drama Club Sponsor Lisa Mahaffa Thompson decided this would be a great opportunity to host a radio show.

“Given the nature of the pandemic and the uncertainty surrounding our community, the format of a radio show is uniquely flexible in providing a positive educational theater experience,” Thompson said. “This adaptation by the PHS theater department continues the same standards of excellence while revealing to our students what ‘true grit’ looks like. Students recorded their audition on their iPad while the theater tech class created sound effects and underscoring. Everything was edited together to create a seamless performance in our music tech lab.”

Listen to a minute-long preview of the radio show here.

This fall, BNI donned bright colors as they brought characters such as Colonel Mustard, Professor Plum, and Mrs. Peacock to life in their production of “Clue.” This production provided limited in-person seating and a livestream on November 20, 21, and 22. Considering the play is based on a board game, Director Kayla Konkle came up with a creative social-distancing solution that paid homage to the story’s inspiration.

“We are doing it in a very unique way this year, due to COVID-19,” she said. “We kind of played around with the idea of the actors being actual pawns, just like on the game board. That way, they can have their own space and be socially distant. So, they are playing the game as if they were actually pieces on the board.”

Read more and view photos of the performance here.

Despite COVID-19 interferences, Director of Performing Arts and Theatre Teacher Rich Snyder said LPHS is working on putting together a video presentation of original monologues and socially distant scenes.

“If we get back to face to face instruction, I hope to finish the project,” Snyder said. “We will probably not release it to the public, but only broadcast it within the school. This idea is just one way to keep kids performing. Video allows these types of performances, and we will keep trying. In my Theatre Arts classes, before the remote learning started, the class produced short plays completely masked and spaced for safety. It was nice to see students on stage, even with the masks.”

Keep up with all things Slicers here.

On December 5 and 6, GTC will live stream their rendition of “The War of the Worlds” and a one-act piece titled “Tracks” in a performance they have titled “High School Drama Night.” According to Head High School Theatre Director and Assistant Middle School Theatre Director Jenna Parker, these options were selected to limit COVID-19 exposure while still providing an outlet to perform and watch theatre.

“We chose the radio broadcast option in the event we could not perform live and would have to transfer over to online streaming via Zoom,” said Parker. “Our one-act, stage option, ‘Tracks,’ was chosen as a way to keep our actors socially distanced from each other as much as possible, while maintaining a smaller cast size. We know that these are unprecedented times, and we are very grateful for the opportunity to still perform at some capacity. We hope our performances can help our audience escape for a little while to enjoy some science-fiction for the evening.”

Congratulations to all the Northwest Indiana theatre groups that refused to quit because ‘the show must go on!’