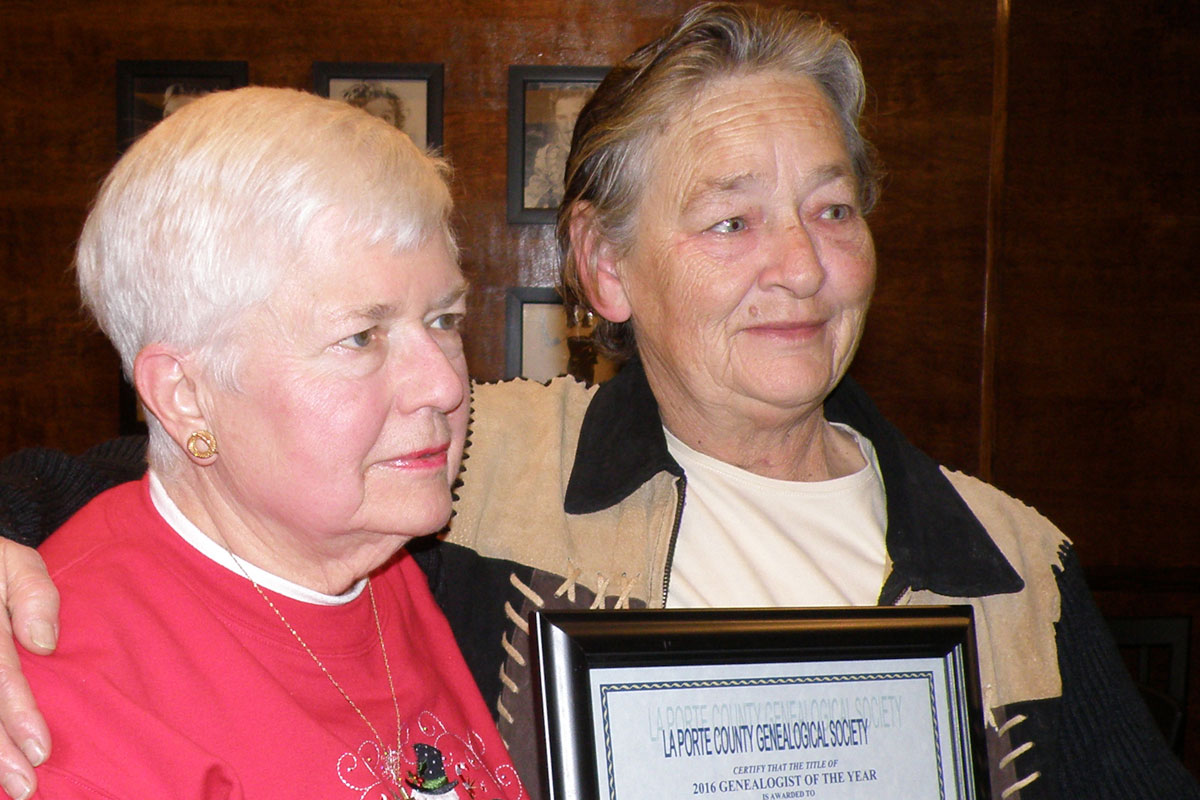 The La Porte County (IN) Genealogical Society met at ‘Round the Clock restaurant on Tuesday, December 13, 2016. The annual holiday dinner was enjoyed by members and guests.

Following the meal, the committee for the Genealogist of the Year Award was called upon. Chairperson Gloria Arndt, speaking for committee members Fern Eddy Schultz and Dorothy Palmer, explained that the award honors a recipient for service to the area of genealogy in La Porte County. The Genealogist of the Year Award is given to a living individual who has promoted genealogy in La Porte County, IN by publications, programs, and/or by assisting others in their search for source records. This would also include someone who has abstracted, indexed, and/or taught about source records or methodology. 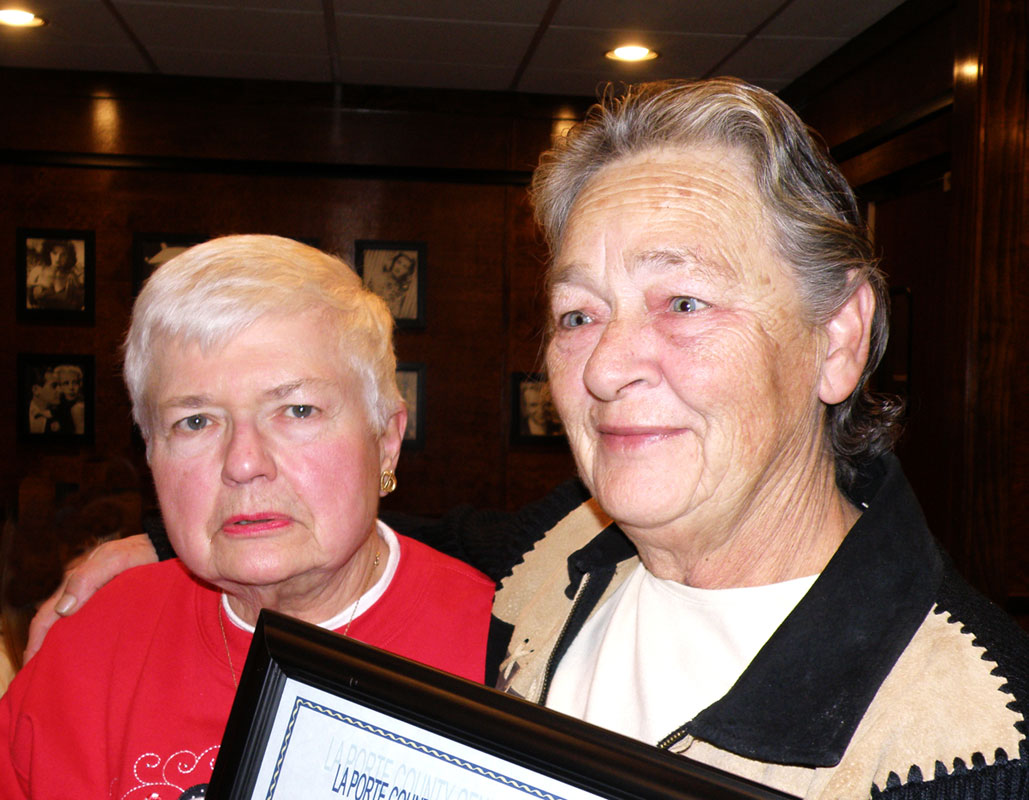 The 2016 recipient, Rita Duncan, was introduced by Patricia Gruse Harris, who had nominated her. Rita is a genealogist and historian who has studied and clarified the story of the Native Americans who have lived in the area around the Great Lakes. She has found and preserved records which weren’t known previously, and she is dedicated to teaching young people, especially Native American children, their history and heritage.

For more information about the society, please visit www.rootsweb.ancestry.com/~inlcigs/, or follow us on Facebook. Letters or inquiries may be addressed to the La Porte County (IN) Genealogical Society, P. O. Box 365, La Porte, IN 46352.

The next meeting of the society is scheduled for 7 PM, on Tuesday, January 10, 2017. The meeting will be at the usual meeting place, the La Port City Parks Department headquarters building at 250 Pine Lake Avenue, La Porte