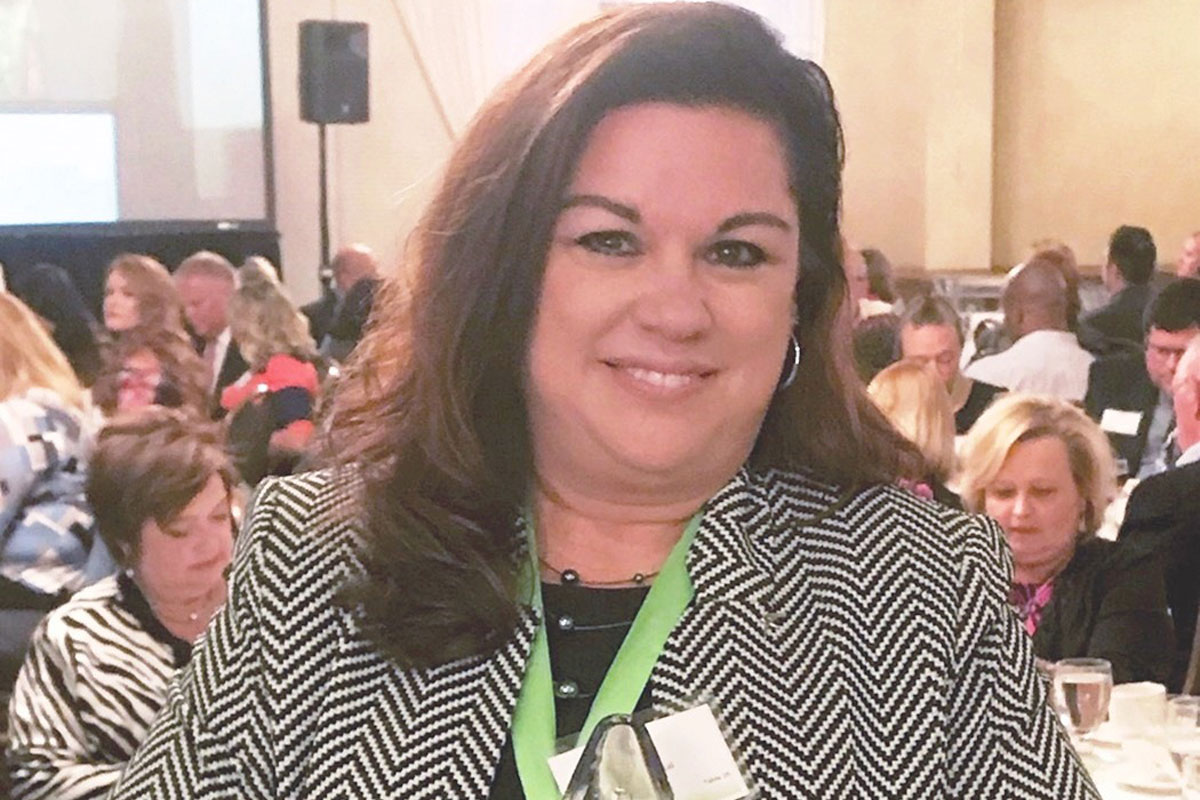 A balance of family, work, school and professional activities, has earned Kelly Dallas the 2017 Influential Woman of Northwest Indiana Award. Out of 10 industry categories, Kelly took top honors in the Construction/Architecture/Engineering category.

A principal engineer with ArcelorMittal USA, Kelly has worked in the steel industry for 21 years. She has gained a great deal of experience over the years, but her desire to become a mechanical engineer didn’t materialize until well after her high school graduation.

“The first challenge of my career was at the beginning,” recalls Kelly. “I started classes at Purdue Calumet (now Purdue Northwest) 10 years after graduating high school. I was married with three children, when I decided to attend school full-time to pursue a bachelor’s degree in mechanical engineering, while also working part-time at U.S. Steel Gary Works.”

Kelly earned a bachelor of science degree in mechanical engineering from Purdue and then a master of business administration from Indiana University. She has also participated in many internal and external leadership training offerings.

Kelly began her steel career in the late 1990s at the time of considerable consolidation in the industry. She worked for Bethlehem Steel (Burns Harbor) for just four years, when International Steel Group (ISG) purchased the company. Fortunately, Kelly was one of just five employees hired to remain in the engineering department. She then survived two more mergers with Mittal Steel and, finally, the formation of ArcelorMittal.

“For 18 years, I have been with four companies, and I still have the same office,” adds Kelly. “I am proud that I have not only survived, but thrived as a woman in a heavily male-dominated industry.”

During her career, she has worked on many projects at Burns Harbor, several associated with the hot strip mill. Kelly recalls one of her first sizeable project opportunities came in 2004. She served as project manager on major work at the hot rolling reheat furnaces and associated projects. Her work must have been impressive because, following that experience in 2008, she was promoted to the central engineering group to manage capital projects throughout the United States, focusing on reheat furnaces. In this capacity, Kelly has visited global locations in Europe, South America and Africa, to benchmark ArcelorMittal and other competitor facilities, as well as travel to manufacturing shops for equipment acceptance.

Kelly credits having a mentor has helped her progress over the years.

“Bethlehem Steel had a mentor program, and I was assigned a mentor who sat in the same office and worked on the same projects. I was lucky enough to be assigned to Rick Hathaway, (project manager, engineering, at Burns Harbor). I have learned so much from him, but probably not even half of what he knows. After nearly 20 years, he is still my ‘go to’ person when I have questions or need advice.”

Kelly has been a long-time member of the Association for Iron and Steel Technology (AIST), having served as midwest chapter chairperson and remains a member of the AIST board of directors. With Purdue, she has served on the Career Services Advisory Board, Experiential Learning Advisory Board, and is currently the chairperson of the Engineering Advisory Board. Kelly has also participated on numerous industry-related panels, has been published regarding her many achievements and is involved with Science, Technology, Engineering and Math (STEM) efforts supported by ArcelorMittal and Purdue.

Family is also very important to Kelly, having been married to her husband, John, for 35 years. They have three children and two grandchildren.

This award has been a great honor for Kelly, who hopes that she continues to serve as an inspiration to other young women considering an engineering career.

“An engineering degree will open many doors – you can work in the private sector, commercial, industry, government, etc. There are so many options and opportunities, but step one is to get the engineering degree,” says Kelly. “This award was surprising. To realize that the work that I’ve done has influenced other women is very humbling.”