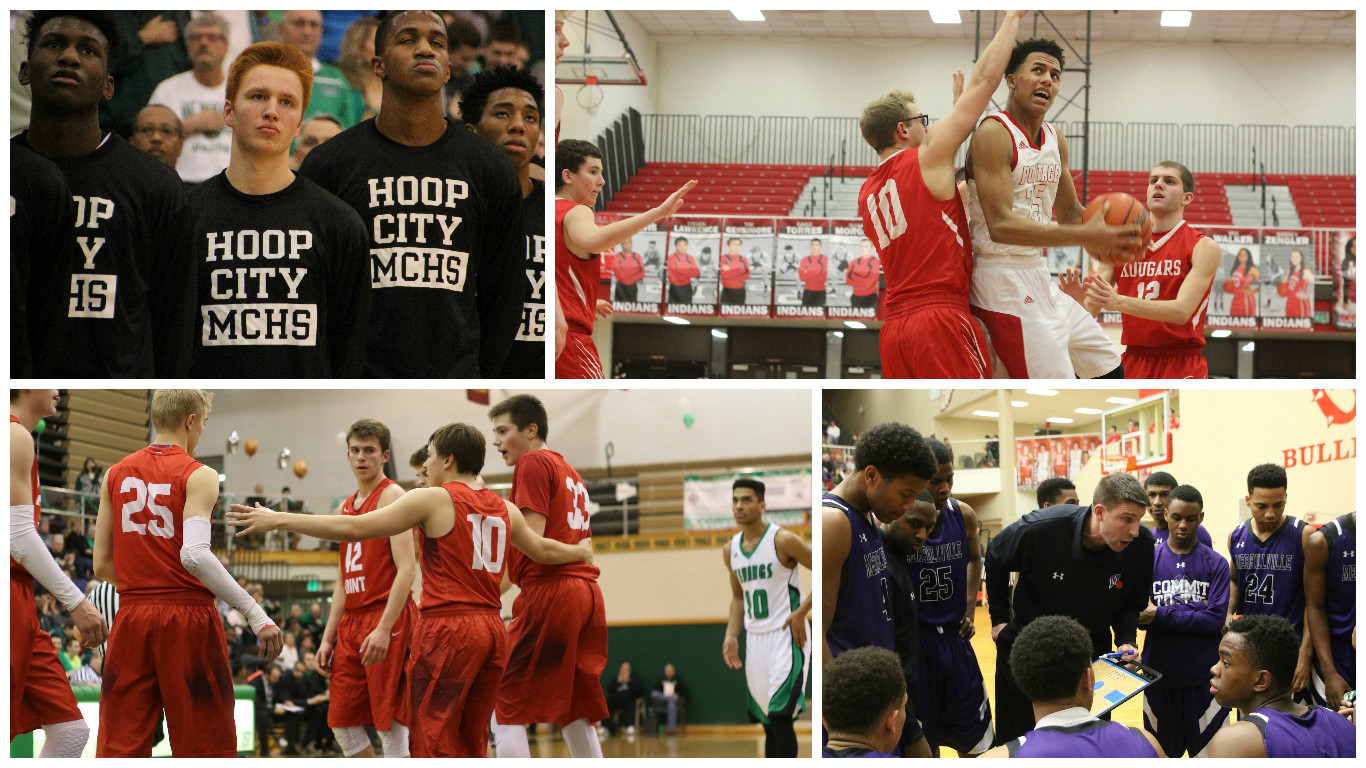 The latest IBCA Boys Basketball Top 20 only strengthened what last night’s IHSAA State Tournament draw hinted at: the battle for supremacy in the 4A Crown Point Sectional is going to be a classic.

Merrillville (20-1) holds strong at #2 in the latest rankings, while Valpo and Chesterton, fresh off the “shot heard ‘round The Region” game last Friday that resulted in Valpo missing out on a share of the DAC Championship with the Pirates, join Crown Point in the “Others Receiving Votes” category.

But even though the Pirates sit alone on top of the DAC this year, they square off in sectionals against a Valparaiso team that fought them to a 75-71 squeaker just a couple of weeks ago, and was a buzzer beater away from sharing the DAC Title with them.

And that’s just the first game of the tournament.

In other words, mark your calendars for March 1, it’s going to be a wild ride in CP.

Outside of the DAC, Griffith remained steady at #14 in the latest poll. The Panthers face a tough test against Bowman this week before kicking off their March to State against Hammond Clark in Sectionals.

East Chicago Central also remained steady in the “Others Receiving Votes” category as well this week. The Cardinals square off against nationally ranked La Lumiere this Wednesday before kicking off their sectionals in Munster.