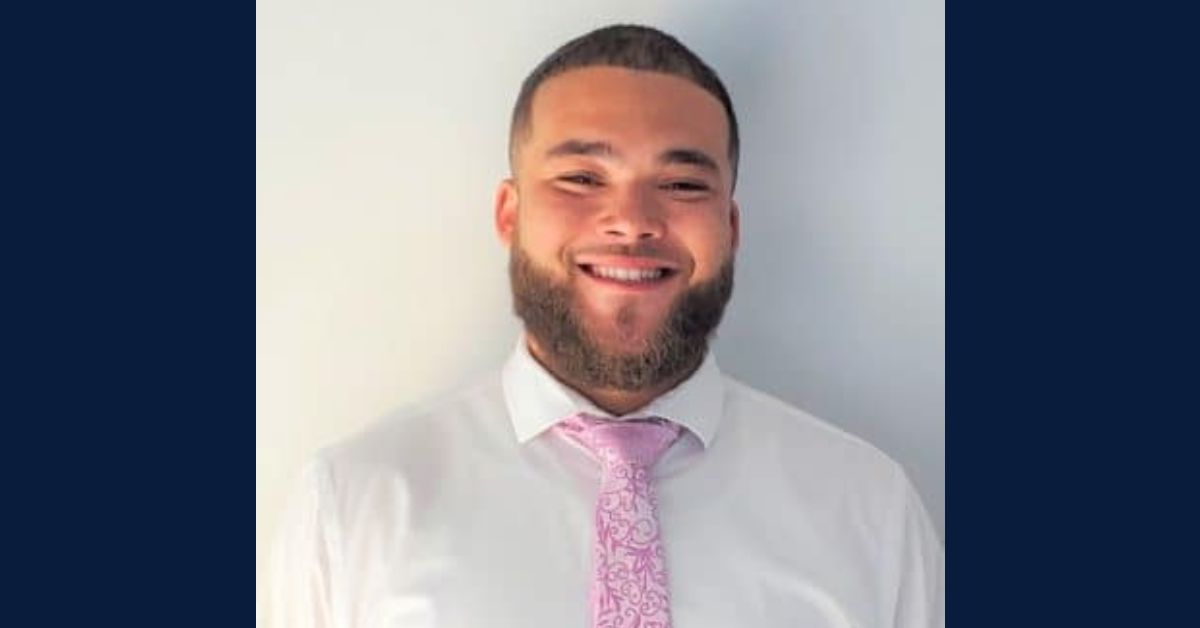 Keyan Arnott loves to sell people their first car. The reason this specific situation tugs at his heartstrings eludes him, but it’s one of his favorite parts of working as a sales consultant at Currie Motors Ford of Valpo.

“I just think it's an awesome experience,” said Arnott. “I remember when I was 18 and I bought my first car. It was a little $2,500 car, but I was able to get around and do my own thing and enter into that next chapter of life. I always think that's the best part of the job. It makes the hours and everything else that we deal with worth it.”

Arnott settled in Valparaiso in 2019 after a life spent moving from town to town. He started as a technician with a local tire shop and gained some experience before applying to work at Currie Motors Ford of Valpo. He anticipated that he’d be working maintenance for the vehicles at the dealership if he got the job, but leadership had bigger plans for him.

“I came in one morning asking for a job in the tire department,” Arnott said. “I interviewed with Mr. Mike Ramadan and had a 10-minute conversation. I don't think we really talked too much about the job - we just shared experiences and things like that. After that, he said, ‘You know, I liked your smile. I really liked your body language. I really would like to make you a sales agent.’ I’ve been here ever since.”

Arnott had very little first-hand sales experience at the time, but he dedicated himself to learning the trade. He became knowledgeable about the variety of performance and luxury vehicles offered at Currie Motors Ford of Valpo in order to guide customers through the sales process.

“We deal with people from all different walks of life. I like being able to make a friend and spend some time with the customer and explain to them that we want to do the best that we can to get them the best deal possible,” said Arnott. “This past week I sold a young man his very first car. We had a lot in common so it kind of just reminded me of when I was his age buying a car for the first time.”

Arnott’s transition into the world of selling cars was made easy by the welcoming, friendly staff of Currie Motors Ford of Valpo.

“We're all a bunch of kids,” Arnott said. “We're all the same age, so I think it's a lot of fun. We go to football games together. We spend time after work just hanging out and playing video games with each other. We work a lot of hours, so being able to say that I work with some of the very best friends I've ever had makes it a lot easier. It's definitely a blessing.”

The community members of Valpo also made it easy for Arnott to set down roots.

“This is really the first community that I've ever felt like I've been a part of,” said Arnott. “It really is a wonderful feeling, especially as I get into my 20s, to feel like this is home. There are people that I've sold cars to that I run into at the gas station or who own local businesses, and they're always so happy to see me. It's almost a bit overwhelming at times.”

Arnott hopes that, as he gains more experience, he’ll be able to transition into a leadership role at Currie Motors Ford of Valpo. He’s grateful for every opportunity the company has given him and says that, no matter what it is they have him doing, he’ll be happy as long as it's for them.

“I really want to be a manager one day. I know it takes a lot of time, but being around Frank Harrera and Adam Hernandez has really been a godsend to me,” said Arnott. “I really look forward to being able to reciprocate that to another young person one day.”

When he’s not busy helping people find their dream car or handing L’s to his coworkers in the newest WWE game, Arnott enjoys spending time with his family.

For more information on Currie Motors Ford of Valpo, visit its website at fordofvalpo.com/.