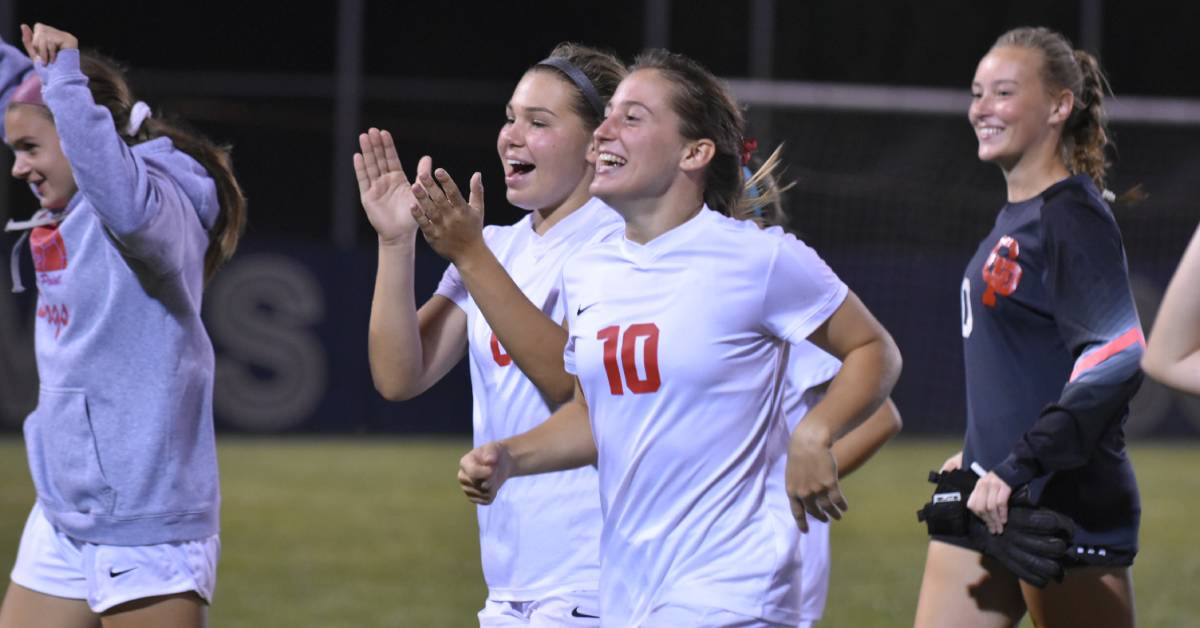 It was a show of teeth as the Michigan City Wolves fought the Crown Point Bulldogs in a home conference game. Having played the Bulldogs before and succumbed, the Wolves were ready to show how much their teeth had grown.

"I'm ready. I'm ready to show them what I've got," said Wolves' Paris Taylor before the start of the game.

"It's a tough one," said Wolves' Coach Mike Ramsey. "Crown Point is a great team. One of the best in the DAC so it's going to be a struggle for us, but the girls are psyched."

Reyna Rosales has been playing since Kindergarten. The Wolves' Junior knew it was going to take determination.

"I think we will put forth the best effort we have," said Rosales. "We have to play our hardest, keep our heads in the game, and keep going strong."

Wolves' Maggie McLinden was optimistic. "I think our team has a lot of potential, and we will improve a lot from last year's score."

The Bulldogs had one thing on their minds.

"This is the last DAC game of the season so we need to finish strong," said CPHS player Marcia Keilman. "If we win tonight we will be tied for DAC championship against Chesterton and Valpo. We want to win as a team and like a family. We need to get ready for sectionals too."

Her teammate Bridget Rayonec agreed. "We are focused on getting a win tonight as a team and getting ready for sectionals.”.

Bulldog Coach Chris Mikrut was hungry for a win.

"It's a conference game, so it's something we need to always come and get," said Mikrut. "Especially because we are tied most likely with Valpo and Chesterton. It's senior night for them, so big emotions always come out. These are our last two games before playoffs, so we want to make sure we give a good showing. It's staying with what we do and not getting away from it."

Before the game started there was one important thing that had to be celebrated and that was senior night. Loved ones proudly walked with their senior onto the field as fans cheered and took pictures. Aspirations and favorite memories were shared by the announcer.

Then it was time to unleash, the Wolves and Bulldogs took to the field. The Wolves' defense tried to hold strong, but they were no match for the Bulldogs. The Bulldogs ended the first half up by 7. An additional goal in the second half gave them an 8-0 lead over the Wolves.

As the famous soccer player Pele once said, "Success is no accident. It is hard work, perseverance, learning, study, sacrifice, and most of all, love of what you are doing".

Despite their loss, the Wolves fought to the end making them a success in their coaches and fans' eyes. The Bulldogs showed their perseverance and their hard work is setting them up for success. Their win tonight now puts them in a position for DAC championships.

The Bulldogs will face off for their last game before sectionals against Illian Christian Vikings on October 3, while the Wolves will travel to Hammond Gavit on Saturday.