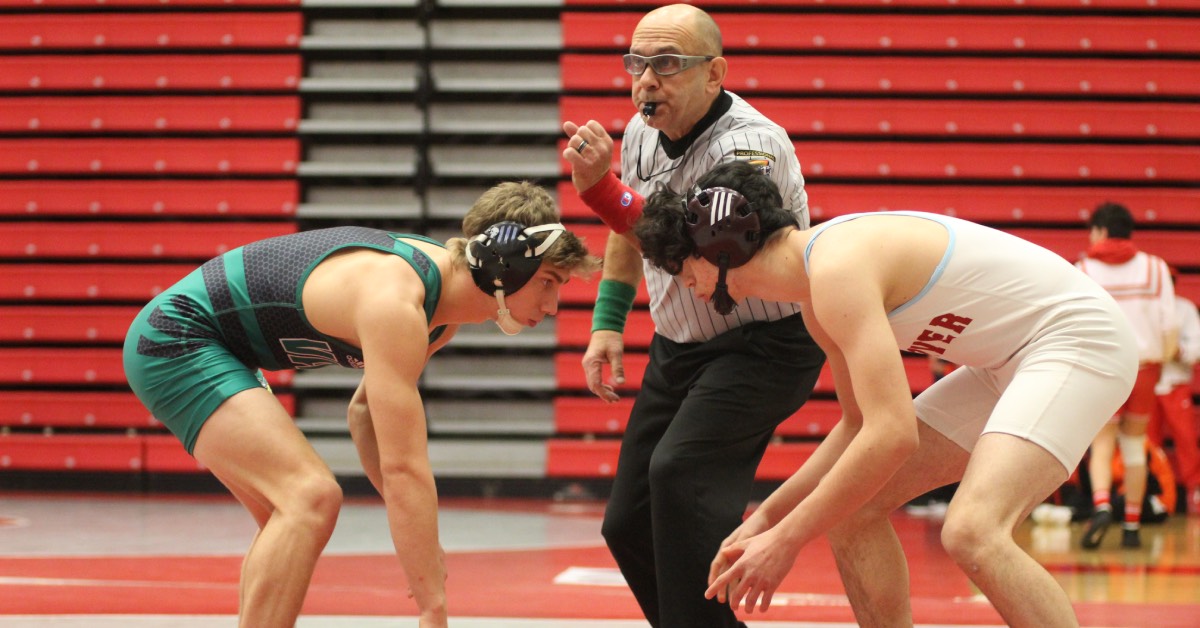 Last week, Bulldogs Head Coach Branden Lorek predicted that the team’s regional title defense would come down to a series of duels with the Trojans, and time proved him right. Of the 14 weight class finals, six were matchups between the Chesterton and Crown Point, and Crown Point won four of them.

“It was outstanding wrestling by everybody,” Lorek said. “Chesterton had a great day. They’re a good and well-coached team, but you know, we took care of business. We did our job, knowing the team that won the head-to-heads was going to win. Everyone hustled for extra points and that made the difference for us.”

Lorek pointed to freshman Will Clark, who wrestles at 195-pounds, as one example of that hustle even in a loss by decision to Chesterton Junior Gage DeMarco.

“Chesterton has a really good wrestler there,” he said. “But our guy, a freshman, went a full six minutes. That’s a credit to us, it was a team effort.”

Javen Estrada, a 152-pound senior, also played a key role in claiming the championship with his win by fall over Chesterton Senior Brock Ellis. The Trojan wrestler held the initiative for much of the match, but a well-timed reversal in the final 15 seconds of the match earned Estrada a win by fall and two extra points for his team.

“It was huge, we needed those points,” Lorek said. “It was a great match.”

The Bulldogs qualified 11 wrestlers to next week’s Semi-State Championship, which is set to be held at East Chicago Central High School.

Wrestlers Qualifying for Semi-State (in order of placement)